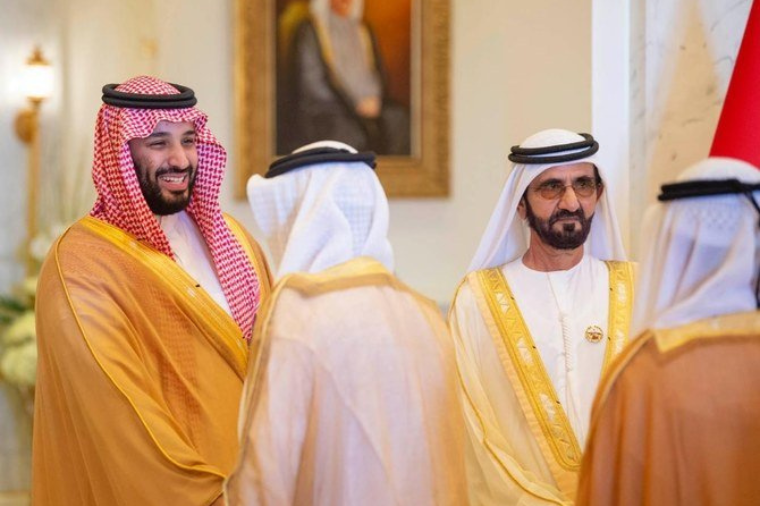 As the Kingdom of Saudi Arabia marks its 92nd Saudi National Day, the leaders of the UAE have paid tribute to the country affirming unilateral ties between the two nations.

His Highness Sheikh Mohamed bin Zayed Al Nahyan, the President of the UAE, shared a congratulatory message to the leaders of the Kingdom to mark the occasion alongside a series of photos which included some from the archives.

#MohamedBinZayed: Congratulations to the Custodian of the Two Holy Mosques King Salman bin Abdulaziz Al Saud, my brother Crown Prince Mohammed bin Salman, and the Saudi people on the occasion of Saudi National Day. May God bless the Kingdom with continued progress and prosperity. pic.twitter.com/2aoewoTEsK

“Congratulations to the Custodian of the Two Holy Mosques King Salman bin Abdulaziz Al Saud, my brother Crown Prince Mohammed bin Salman, and the Saudi people on the occasion of Saudi National Day,” the UAE’s President said. “May God bless the Kingdom with continued progress and prosperity.”

His Highness Sheikh Mohammed bin Rashid Al Maktoum, the Vice President and Prime Minister of the UAE and Ruler of Dubai, also posted a message of congratulations to the people of Saudi Arabia as well as a video showing the unified relationship between the Kingdom and the UAE.

“On Saudi National Day, I congratulate the Kingdom. I congratulate King Salman bin Abdulaziz and his Crown Prince,” he said. “I pray to God to perpetuate goodness for them. We have feelings of love in our hearts for the kingdom and its people.

“They are our family and our brothers. We are proud of our cohesion. Our present and our future together.”

Over the course of this weekend, the UAE is set to celebrate Saudi National Day by lighting up iconic Dubai landmarks, fireworks, entertainment, retail promotions and more.

Under the theme of ‘Together Forever KSA-UAE’, affirming the strong bond between the two GCC nations, the Burj Khalifa, Burj Al Arab, Ain Dubai, Museum of the Future and More will light up in green, representing Saudi Arabia, and will also be emblazoned with the Saudi flag.