Rain In The UAE: Photos, Videos And Memes 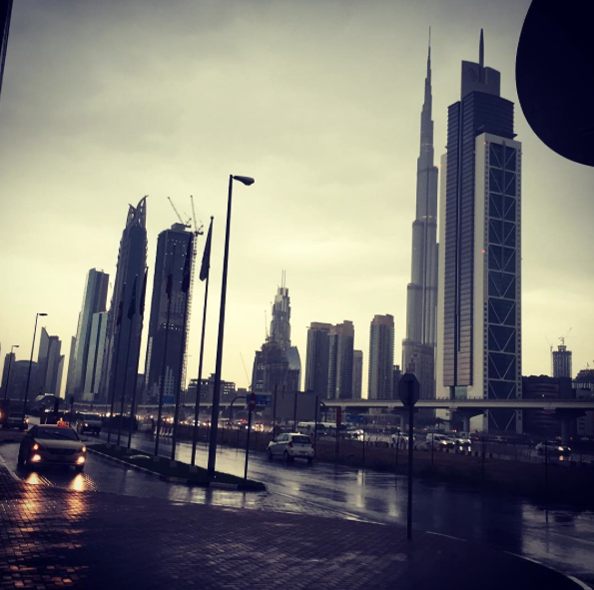 It’s raining, and it is indeed pouring. We can barely see out of the windows at EW HQ to see what’s going on below our lofty 34 floors. So, we have turned to you for the best pictures and videos…

From sinking cars to flooded roads and bad hair, when it rains in Dubai it causes a major commotion. Even the expats who are used to wintry climates are reacting.

With that in mind we scoured the Internet for the best Instagram shots, tweets and videos. Here’s the top images, memes and videos of the rain in Dubai. (Hover your mouse over the Instagram files to see the videos).

Read below for more news on the rain 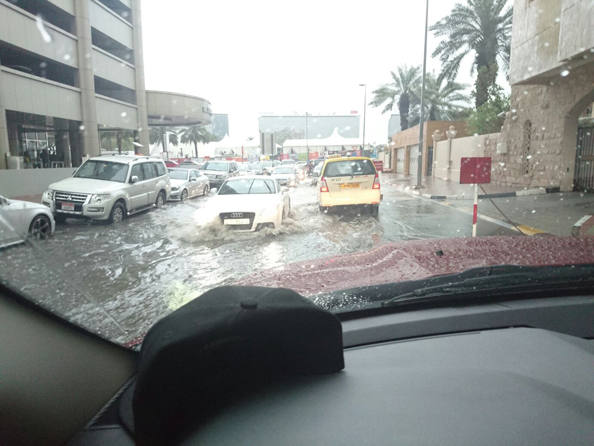 Driving to work in the #dubai #rain plus an obligatory stop #costacoffee. #timelapse pic.twitter.com/Nl1UPTuk1V

t’s one of those rare days in #dubai where it’s raining whole day and sun is not visible at all #dubairain A photo posted by Hasi (@hasithag) on Mar 8, 2016 at 10:15pm PST

A photo posted by Marianne Makdisi (@circlesinthesandblog) on Mar 8, 2016 at 9:04pm PST

Meanwhile schools in Dubai and Abu Dhabi have closed for the day due to the down pours, while motorists have been warned to be alert and to drive safely.

“Seafarers, beach and valley goers, and motorists need to be careful about the unstable weather, particularly the heavy rains, fog, dusty winds and poor visibility, as per a report issued by the National Center of Meteorology & Seismology in the UAE,” said Major General Al Nuaimi.

Ras Al Khaimah Police have told those in RAK: “Residents of the areas exposed to pouring showers and strong winds are urged to be careful, and immediately report emergency cases to Toll No (999) whereas simple mishaps can be reported to phone numbers: (072356611 – 072356600).”

The National Centre of Meteorology and Seismology have reported that the weather conditions are expected to persist on Thursday. It’s time to dig out those wellies.