The two Olympic athletes paving the way for Saudi women 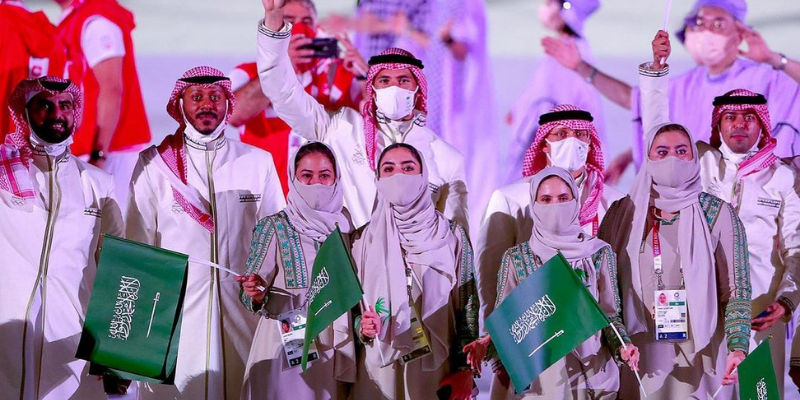 The Olympic Games are now underway in Tokyo, Japan, after being delayed by a year due to the ongoing pandemic.

The opening ceremony for the Games took place over the weekend, with the various competing countries and their athletes flying their flags with pride and gratitude, including Saudi Arabia.

As the Kingdom continues to make strides for women, two Olympic athletes – Tahani Alqahtani and Yasmeen Al-Dabbagh – are paving the way for Saudi females not only in sport but across all other areas.

Firstly, 21-year-old Alqahtani is an international-level judoka. Having started judo a few years ago at the Saudi Judo Training Centre, she is now representing Saudi Arabia as an Olympic athlete at the Games.

According to the International Judo Federation, Alqahtani said she hopes, under the country’s Vision 2030, she hopes to inspire other women to follow their passions, whether that be in sport or in other fields.

“Judo for me is not only a sport but a passion that I adore, in its every detail,” she said. “I study it daily. I want to do my best to achieve the highest results.”

She added, “Through that and my successes I want to show the world the true image of Saudi women. It is an ambitious goal but it is important to keep pace with the modern era in all directions.”

Meanwhile, Al-Dabbagh – who is the ‘Faster Woman in Saudi Arabia’ – also qualified for the 100-metre dash in the Games, after breaking the Saudi female 100m record at the national trials with a time of 13.24.

For the 23-year-old sprinter, it’s a “dream come true” to be able to represent her country.

“I’m running for myself, my country and for all young Saudis,” she said, per the Saudi Arabian Embassy’s official website. “So many people have helped me throughout my career to compete, become a better sprinter and better person.”

She continued, “I’ll have each one of them in my mind and heart while wearing the colors of the Kingdom in Tokyo. I hope in hearing my story other young Saudi girls feel encouraged to get into sport and the world sees more Saudis competing on the international stage. Regardless of the result, Saudi is a country on the move and I’m going to love every second of the Olympics.”

It’s an incredibly positive sign in the world of sport for Saudi women. Under Vision 2030, since the Rio de Janeiro 2016 Olympic Games, the Kingdom has seen an increase of 166 per cent in females competing in international competition.

Reaching incredible heights by qualifying for the Olympic Games, Alqahtani and Al-Dabbagh are making history for women across the Kingdom and the Middle East