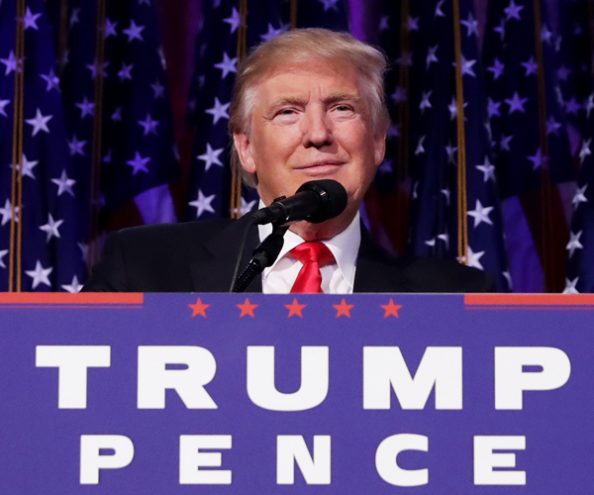 Dreams of a first female US President have been shattered…

It’s the biggest shock of the year since Brexit.

Donald Trump, the businessman who controversially announced he wanted to ban Muslims from entering the US during his candidacy campaign, has been elected the new President of the United States.

Beating rival Hillary Clinton with 276 electoral college votes to her 218 according to reports, the Republican is now set to move into the White House.

“Now it’s time for America to bind the wounds of division,” he said in his victory speech.

“Working together we will begin the urgent task of rebuilding our nation and renewing the American dream.”

While the after-effects start to ripple through the States, changes are already starting to be felt right here in the UAE.

Stocks are down, the dirham is wavering, and social media is up in arms about the election.

HH Sheikh Mohammed bin Rashid Al Maktoum, Vice President of the UAE and Ruler of Dubai, has already sent a message of congratulations to Trump, saying he was looking forward to working together for a more peaceful, tolerant world.

We offer our congratulations and best wishes both to President Elect Donald Trump and to the American people.

We look forward to share our message of hope, peace , tolerance and development for a better world

However not everyone’s so optimistic. Here we break down how a Donald Trump presidency could affect things here in the UAE, and on a slightly wider scale.

Earlier this year the hashtag #CanYouHearUsNow went viral on Twitter after Trump wrongfully insinuated that Muslim women are not “allowed” to speak.

So, unsurprisingly, his win was met with a mixed reaction from Muslim women on social media. Indeed, women around the world lamented the sexism and misogyny which dominated Trump’s campaign (a lot of his choice quotes are too vulgar to publish here, but we’re sure you know all about them…).

However the reaction from many women, though not in support of his presidency, was rather empowering. Women vowed not to let Trump’s stance on religion get them down, and said they would continue to wear the hijab with pride.

While Trump’s anti-immigration, anti-Islam, and anti-choice stance hasn’t won him many favours with females around the world, it’s worth noting that not all his policies go against feminist principles.

One of his vows during his campaign was to give mums greater freedom around going back to work, offering to let parents earning less than US$250,000 a year offset the cost of childcare against their tax bills – making it easier for stay-at-home mums to get by financially.

He also proposed, with the help of daughter Ivanka Trump, to offer women six paid weeks of maternity leave, in a country that currently has no mandatory leave for new mums.

Should that go ahead, it could help bolster other countries’ bids for improved maternity leave – including the UAE’s. (Women here currently only get 45 paid days off, but the government have announced they will be reviewing parental laws). 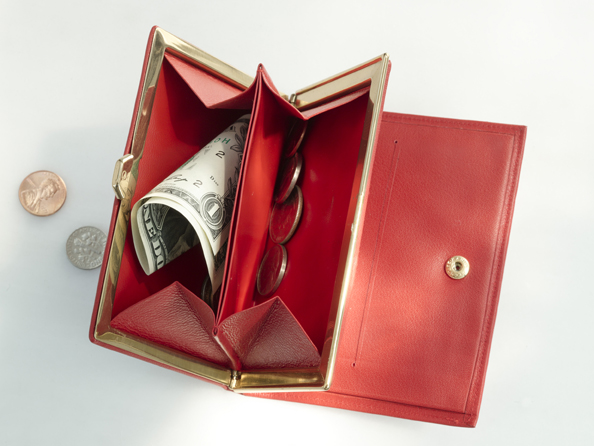 The UAE dirham is pegged to the US dollar at US$1 to Dhs3.67, so there’s no doubt that the political landscape in America will have a direct effect on our pockets.

The dollar slid in value against many currencies (including the British pound and Chinese yen) immediately after Trump’s victory was announced, though it has already recovered a little.

“Markets, both currency and stock markets, hate uncertainty and with a Clinton win expected by many this will lead to a certain amount of volatility,” reassured Keren Bobker, Independent Financial Adviser at financialuae.com and Senior Consultant at Holborn Assets LLC.

“At time of writing, shortly after the announcement of the outcome, we were seeing falls in the US dollar and naturally this will lead to a weakening of the UAE dirham too, albeit a rebalancing was expected at some point.”

So if you were hoping to send money out of the country any time soon, it’s probably best to wait until the market has stabilised.

Sharp falls hit Gulf stock markets when they opened on Wednesday, with Dubai down 2.7 per cent and Saudi Arabia 2.7 per cent, reported our sister site Gulf Business.

“This is the exact same thing that happened during the EU referendum vote, when investors sided substantially towards pricing in a remain outcome and they were left in complete shock earlier in trading as a result of Donald Trump gaining momentum,” Jameel Ahmad, FXTM’s vice president of market research, told the publication.

UAE’s Minister of Economy, Sultan bin Saeed Al Mansouri, has spoken to Reuters, saying “the UAE has always been a promoter of opening doors and not building walls”.

“What we all need right in this world now which is a better understanding between people, religions, background.” 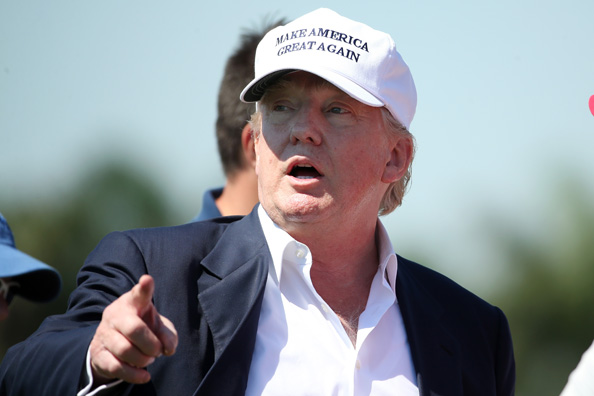 But what does it all mean for American expats living in the UAE – or any expat with investments in the US? Well, expect change.

“Before the final announcement, when Trump was taking the lead, we saw US and Far East markets fall by 4 to 5 per cent,” said Bobker.” This is not a large amount and at that stage was something of a knee-jerk reaction although European markets opened lower.

“Historically, presidential elections have had a limited impact on stock markets as business carries on pretty much as usual – but this has not been the usual election, it’s been something else altogether.

“Overnight the futures market dropped and I suspect we’ll see a lot more volatility in the weeks and months to come but European markets have already been through turmoil following the Brexit vote in June so are more sanguine about the outcome.”

However some sectors could find buying opportunities in such volatility.

“A Trump administration is likely to be better for the traditional energy sector, and less damaging to the healthcare and financial sectors, than a Clinton Presidency,” Joe Amato, president and chief investment officer — equities at Neuberger Berman, told Gulf Business.

“United government may also remove the partisan obstacles to meaningful infrastructure spending and corporate tax reform, particularly the issue of profit repatriation—although it’s useful to remember that Trump is far from popular among many traditional Republicans.” 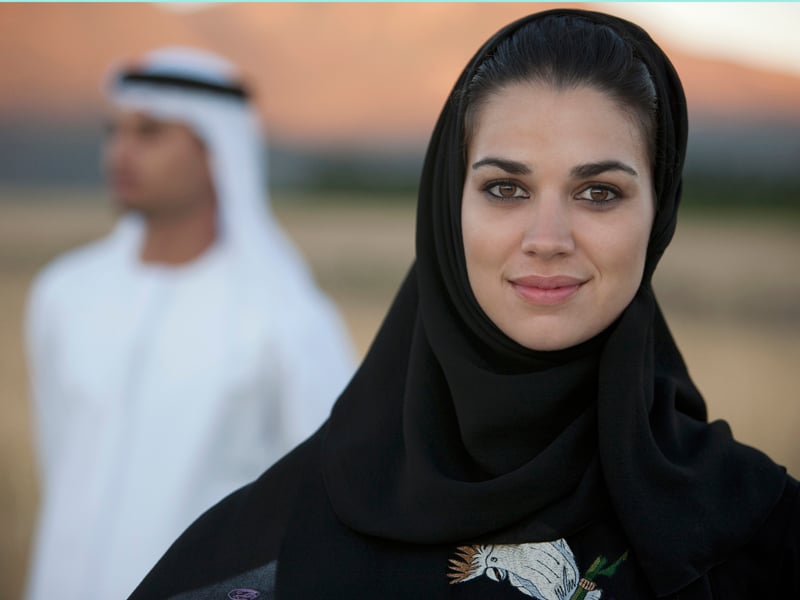 One of Trump’s most infamous promises during his campaign trail was to build a 50-foot wall between Mexico and the US to keep out immigrants. Last year he also called for “total and complete shutdown” of US borders to Muslims.

While his extreme vow was shot down for being impossible to enforce, he has instead promised to install “extreme vetting” for Muslims hoping to enter the country. Trump also said he hopes to suspend immigration “from areas of the world where there is a proven history of terrorism against the United States, Europe or our allies”.

It will take some time to see if those policies will come to fruition – but should they become a reality, the vetting process may have a massive effect on Emiratis travelling, or hoping to move to, the US.

Indeed, UAE citizens have already been urged this year to leave their formal dress at home when travelling to the States.

The Ministry of Foreign Affairs and International Cooperation issued the warning after an Emirati business man was wrongfully arrested in Ohio in July.  He was wrestled to the ground and held as an Islamic State suspect because a woman panicked when she saw him wearing his traditional white robes. 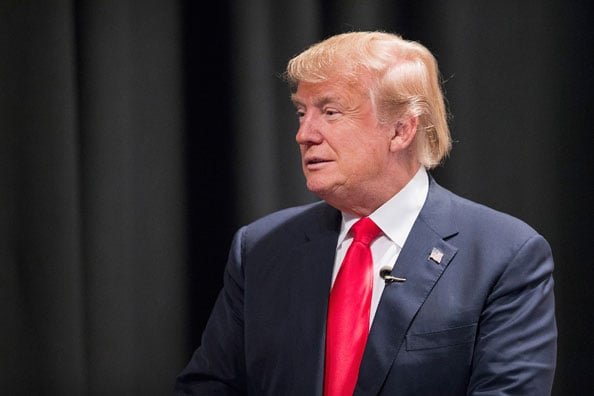 What kind of implications can UAE businesses that have trade ties with the States expect? Well, it’s really too early to say, explains Bobker.

“It could well be business as usual but it depends on whether there are any trade restrictions imposed on this part of the world,” she said. “There could certainly be feelings of unease on doing business and travelling to the US, which is not surprising given the documented rhetoric of Trump.

“However many will still look to the long term – whilst a day can be a long time in politics, it means little for the running of a business over the long term. Big business will be looking at the bigger picture.”

However Bobker admits that Trump’s personal standpoint on a lot of issues may dissuade businesses and world economies from working with him.

“I would like to think that those in real position of power, the people running the US State Department and the heads of large corporations, have a more balanced world view,” she said, “but the growing unpleasant sentiments towards certain groups of people must surely lead to a reluctance for some countries and businesses to have involvement and interaction with the US.

“Who can blame a country, or people themselves, if they prefer to deal with more amenable trading partners – although due to the size and power of the US, it is not a country that can be avoided.”