Love food as much as you love travel? Satisfy your cravings with our top 10 foodie destinations.

Consider yourself a lover of all things gourmet? Then these foodie destinations need to be on your bucketlist 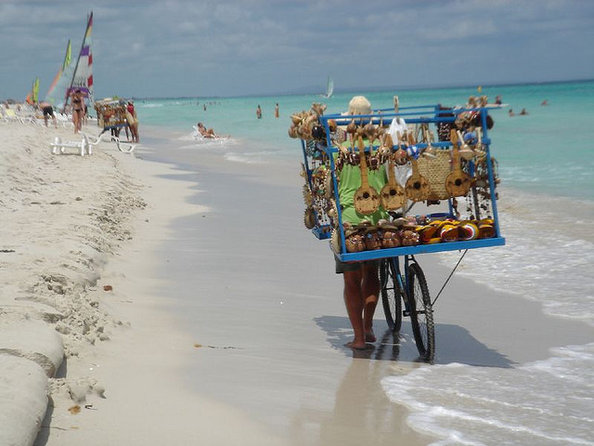 Lobster is a delicacy in most countries, but Cuba is spilling over with the red stuff. So much so that the seafood is actually in excess. You’ll find the portions large, cheap and delicious, with many restaurants preparing dishes expertly.

While cheap lobster certainly packs appeal, don’t expect the Cuban variety to taste the same as its North Atlantic counterpart. So-called ‘spiny rock lobster’ has no claws, and tastes sweeter. If you’re looking for the best seafood in the country, head to Varadero. This is Cuba’s biggest resort town, and where the tourists go, the restaurants follow.

The lobster season begins in June and runs throughout the summer, which, conveniently, is the best time to holiday in Cuba.

According to ardent travellers, it’s best to visit Beijing with an empty stomach and an open mind – and with delicacies including deep fried scorpion, it’s easy to see why. Some of the finest cuisine in the city is available at the roadside, with cooks whipping up authentic bites.

Baozi, a light dough filled with meat or vegetables, is a popular breakfast choice to grab on the go. Those looking for a more comprehensive taste of China should visit Donghuamen night market, which is crammed with foodie delights.

The so-called golden autumn (between September and October) is the best time to visit – right in between the humid summer and dry winter.

Istria is a Croatian-Italian region, which is heavily influenced by Italian culture, and is being hailed as the new Tuscany. Whether you buy into this statement or not, it’s certainly similar in landscape and beauty.

The lush valleys and abundant seaside stretches play host to eateries featuring local seafood, truffles and olive oil. Restaurants feature a medley of flavours from the continental to the Mediterranean, making it a diverse place for foodies to explore.

Croatia is a fabulous summer destination, and though July and August are busy, the blue sea and scorching sun will make up for it.

Often regarded as one of the friendliest countries in the world, Ireland has tourist-pull despite its windy weather. Country bars with open fires, cute cafés and restaurants, boasting some of the world’s best mussels, make for a delectable destination.

Being beside the sea, Galway is the ideal place to sample mussels. Couple that with the rich farmland in the surrounding area and it’s a great place to sample pretty much anything. From fresh vegetables to lamb and melt-in-your-mouth steak, this is one holiday that you’re sure to come away from a few kilos heavier.

As a wet and windy country, it’s best to visit during the summer months – June to August.

Jamaica is famous for its jerk chicken for good reason. Though the island is full of five-star resorts and honeymoon-ready beaches, the best way to experience authentic Jamaica is venturing out of the tourist bubble. Kingston is often referred to as the heartbeat of the country, and it’s where  you’ll find the best culture  and cuisine.

From beach huts to markets, it’s all about spice. Scotch Bonnet peppers add the wow-factor to restaurant fare and street food alike. Despite its reputation for fiery dishes, the cuisine is actually very diverse. Whether eating the array of seafood dishes or some veggie options, you’ll find the food traditional, hearty and packed with character.

High season runs from midway through December until April.

Think Switzerland, think cheese and chocolate. But with influences from Germany, Northern Italy and France, this is a country that blends the best of European cuisine.

With gorgeous restaurants by the street-full, Switzerland’s capital, Geneva, isn’t a destination for cash-strapped travellers. However, with stunning scenery and an onus on quality ingredients, it’s well worth splashing out. Being a small country, it’s easy to hop from one region to another, exploring the cafés and cobbled streets of the city to the high altitude restaurants of the Alps.

The summer tourist season peaks between  July and August.

Aside from adrenaline sports, the lynchpin to New Zealand’s tourism has long-since been its food and drink. From food festivals to farmer’s markets, this is a country that celebrates its homegrown ingredients and skillfully reared livestock.

A fact often quoted is that sheep outnumber people in New Zealand, so it’s little wonder that lamb is one of the country’s gastronomic highlights. However, a lesser-known fact is that Wellington, the capital, has more restaurants per capita than  New York. Even if you ate out every evening it would take almost a year to get through all of the city’s eateries.

With year-round sunshine, there isn’t a wrong time to visit New Zealand. However, it’s best to check school holiday timings throughout the year, as this is when accommodation is at its most expensive.

The gastronomy scene in San Fran is so prominent that you can even go on a four-hour foodie bus tour. With all-American eateries as well as the most extensive range of Asian food in the states, there’s little opportunity for your taste buds to be bored. This is the city where diversity is celebrated in every sense, not least in its fusion-food, which merges the best of east and west.

Japantown is (you’ve guessed it) home to the city’s Japanese food scene including stalls selling roasted chestnuts as well as sushi restaurants. Head downtown and you’ll find an extensive range of fine dining restaurants, artisan cafes and experimental flavours. There really is something to please everyone.

The best time to visit is between September and November when the weather is warm. However, it can be foggier during these months, making photo opportunities at the golden gate bridge slightly more difficult.

As the capital of Spain and the region of Catalonia, Barcelona has laid-back Mediterranean style at its heart. While the food echoes this, don’t be fooled, the locals take their sustenance very seriously.

Many cities boast a thriving culinary scene and impressive views, but none do so with as much panache. From the ultra-contemporary cafes with tapas-style seafood (that looks like art on a plate), to rustic restaurants with traditional paella, the Spanish know how to put on a spread.

May to June and September to October are the best times to visit  – warm but not too humid.

It would be criminal to recommend foodie destinations and not include Italy. Venice is one of the country’s most magical cities – and with destinations like Florence and Rome on the country map, that’s saying something.

Food is to Venice what love is to Paris, and it’s palpable on every street. Where better to tuck in to traditional Italian fare than in a waterfront restaurant overlooking St Mark’s Square. The ice cream in Venice comes in flavours that you didn’t even know existed. While Ricotta ice cream may sound strange, just trust them – when it comes to food the Italians know what they’re doing.

April, May, June, September and October are fantastic months to visit Venice. The crowds aren’t at their peak, and the weather is warm yet comfortable.