As Hollywood prepares for its big night, the Oscars, we look at the top 10 Academy Award winning films that inspired travel to some seriously  screen-worthy destinations.

And the winners are: 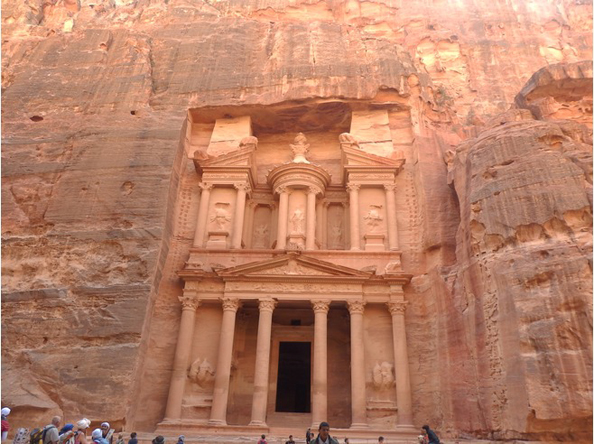 Without a doubt, the number one film to promote a now landmark. Before the 1989 Oscar-winning flick Indiana Jones and the Last Crusade, Petra was barely on the tourism radar, now it’s a bucket list must. While the historical elements of the film are not accurate, what is real is the location where they filmed the famous final scene. Indiana Jones finds the Holy Grail inside a lost temple carved out of the sandstone cliffs in Petra, Jordan. The enormous Monastery at Petra (pictured) is believed to have been used as a church, but likely began as a temple. What you can’t debate is how awe-inspiring it is. (Won Oscar for Best Sound Effects Editing, 1990) Photo by machomikemd/VirtualTourist 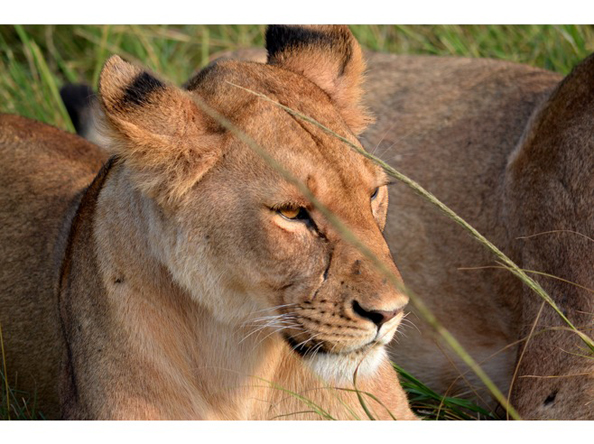 In 1966, many viewers watched as George and Joy Adamson, a couple living in Kenya, raised three lion cubs in Born Free. The beautiful scenery and the idea of seeing wild animals, especially big cats in their natural surroundings, has inspired many travellers to take a trip to Kenya. (Won Oscar for Best Original Song and Original Music Score, 1967) Photo by AfricanCrab/VirtualTourist 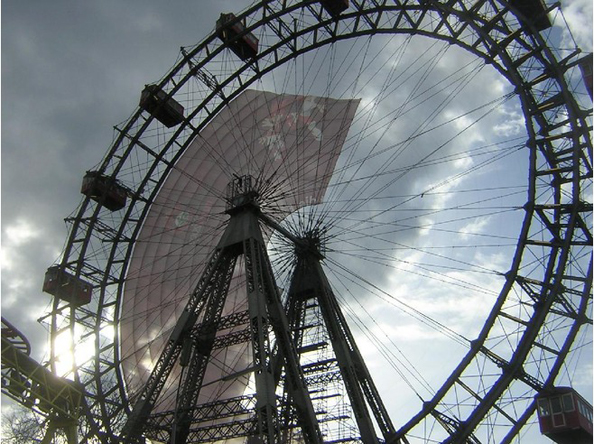 Considered one of the greatest films of all time, The Third Man, set in Vienna, Austria takes place in the picturesque streets highlighting Viennese landmarks like the Giant Ferris Wheel. But it also takes viewers through the seedier side of the city, including the sewers. Whichever you find inspiring, it’s no doubt thanks in part to the cinematography, which won the Oscar for that in 1951. Photo by bonio/VirtualTourist 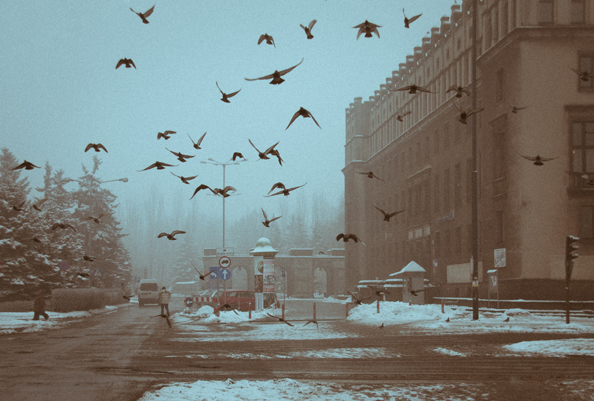 Schindler’s List is the true story of Czech born Oskar Schindler, a businessman who tried to make his fortune during World War II. The most awarded film on the list, it has inspired many tourists to visit Krakow. A museum has been erected in the Schindler factory, which travellers say is thought provoking and chilling. (Won seven Oscars including Best Picture and Best Director, 1994) @centralniak/Flickr 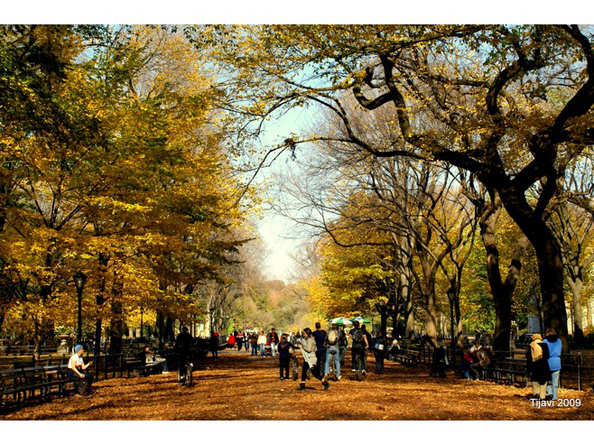 Some people argue Annie Hall may be one of the best movies ever made in New York. What can’t be argued is that the film is director and star Woody Allen’s love song to New York City and his love for Manhattan. Many have been inspired to visit New York City to better understand his romanticised view of the city and experience for themselves the energy New York offers. (Won four Oscars including Best Picture and Best Director, 1978) Photo by Tijavi/VirtualToruist

All Quiet on the Western Front, Ypers, Flanders, Belgium 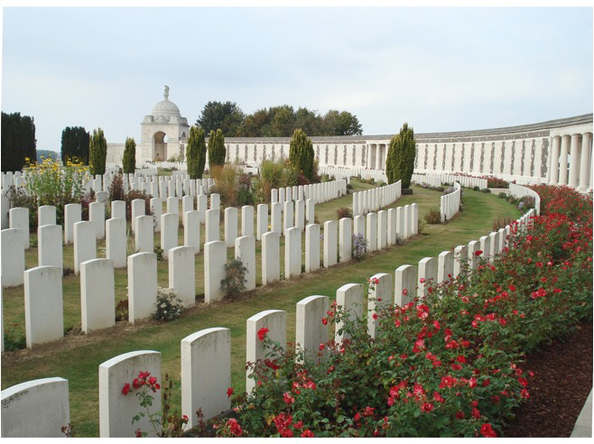 All Quiet on the Western Front made quite a bit of noise when the novel was first published in 1928. In 1930, it was made into a film with the same name. It tells the story of a German soldier during World War I, taking viewers on a journey through the battlefield sites in Flanders and northern France and makes history buffs and travellers in general want to visit the war cemeteries as well as the wonderful, moving and evocative ‘In Flanders’ Fields’ museum in Ypres. (Won Best Picture and Best Director, 1930) Photo by breughel/VirtualTourist

The Sound of Music, Salzburg, Austria 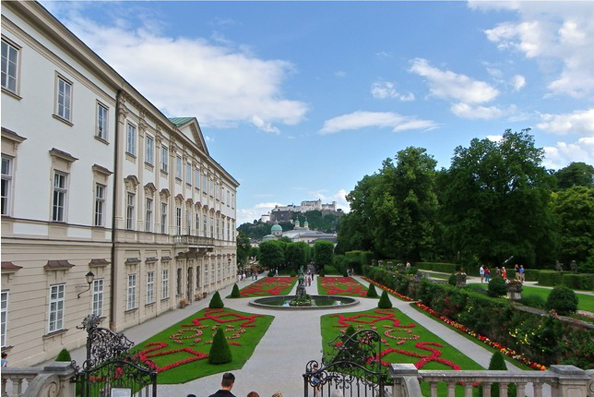 The hills are alive with “The Sound of Music”! The Oscar-winning musical tells the story of a Maria who leaves an Austrian convent to become a governess to the children of a Naval officer widower and features some beautiful scenery around Salzburg. Whether it’s snapping a selfie at Mirabell Gardens where Maria dances with the children, viewing he Nonnberg Convent where Maria lives as a young novice or sneaking a kiss from a loved one at the “16 going on 17” Hellbrunn Palace gazebo, Salzburg has inspired many VTers to pick up and make their way to Austria. (Won five Oscars including Best Picture and Best Director, 1966) Photo by balhannah/VirtualTourist

The Grapes of Wrath, Route 66, from Oklahoma to California

Shot in 1940, The Grapes of Wrath, based on the novel of the same name, follows the Joad Family as they travel along Route 66 from Oklahoma to California in search of a better life. The Joads were met with many challenges as was director John Ford, but he was determined to capture the authenticity of Route 66 and he does just that as viewers travel through New Mexico, Arizona and California. He beautifully captured Route 66, which has many travellers hitting the road to do the drive for themselves. (Won two Oscars including Best Director, 1941) Photo by Yaqui/VirtualTourist

The Motorcycle Diaries, South America from Argentina to Peru 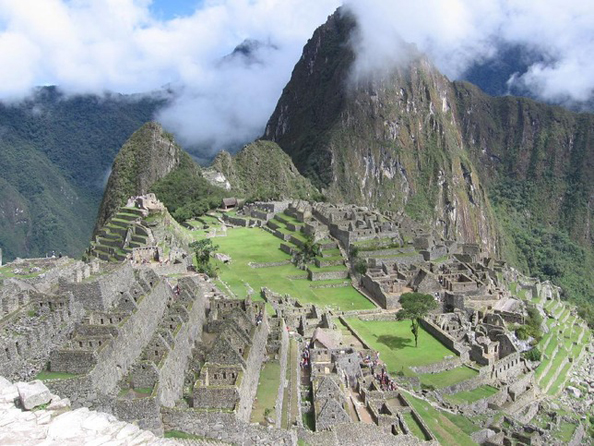 The Motorcycle Diaries chronicles the real life story of Che Guevara’s journey through South America including such amazing destinations as Patagonia’s Lake District, the Andes, the Atacama Desert and the Inca site of Machu Picchu. Whether you agree with Guevara’ ideologies is irrelevant. What’s important to take away from this film is the importance of travelling abroad to gain life experiences. (Won Oscar for Best Original Song, 2005) Photo by kiwigal_1//VirtualTourist

An American in Paris, France 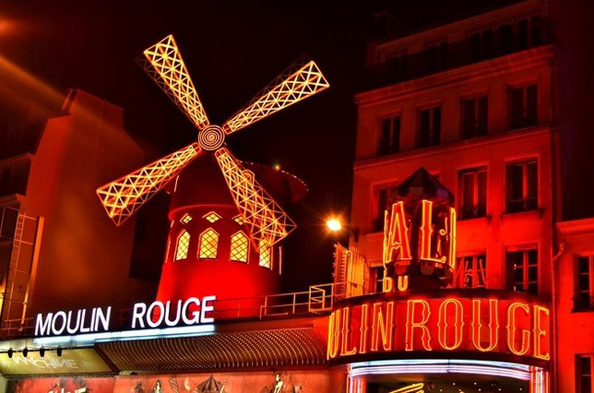 Gene Kelly singing and dancing throughout the streets of Paris? Get your passport ready because that gets our members off their couch and on a plane to visit the many wonderful sites that Paris has to offer. Whether it’s the Eiffel Tower, a Parisian neighbourhood, or Moulin Rouge, many travellers find themselves saying au revoir to their home and bonjour, Paris! (Won six Oscars including Best Picture, 1952) Photo by Londontraveller01/VirtualTourist