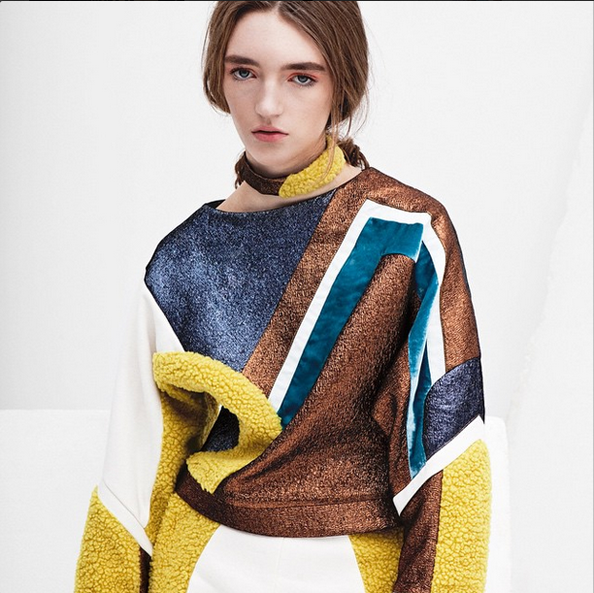 This style bunch are about to cause quite a stir in the fashion world. Remember their names as we predict total domination for 2015…

With fashion month in full swing, we all want to be the first to know about the most talked about designers. Well, do not fear, we’ve selected top 10 of the best emerging stars in fashion. From whole collections made from one single sewing machine to Lady Gaga purchasing a full line for her concert tour, these rising style dominators are destined for success. 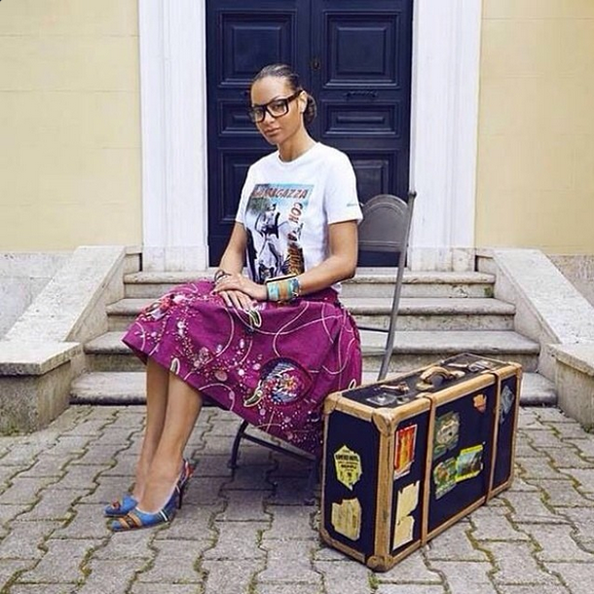 This Haitian/Italian designer is known for her bold and vibrant prints. With a mixture of ladylike silhouettes and puffball skirts, this ex-model has certainly found her trademark.

Having originally studied for a degree in political science in Rome, Jean stumbled into the world of fashion through modelling. Jean’s career took a sudden turn (she ditched the studies) when Giorgio Armani selected her to showcase her spring/summer 2014 collection at the Teatro Armani in Milan, one of cities most famous fashion spaces. Gleaming with compliments, Giorgio Armani isn’t the only one that could see Jean’s potential. With no official training, we give Stella Jean our seal of approval making her one of Milan’s most promising stars. 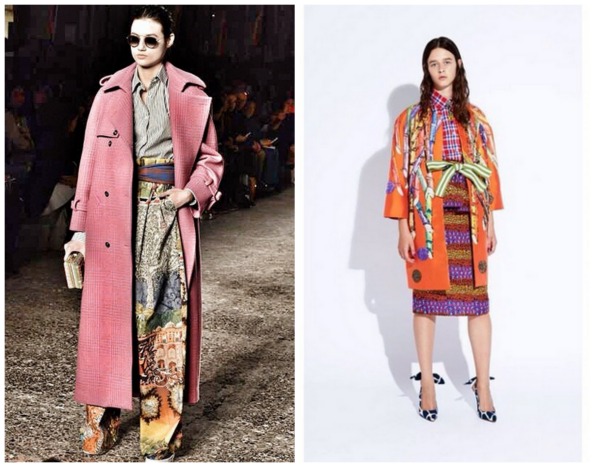 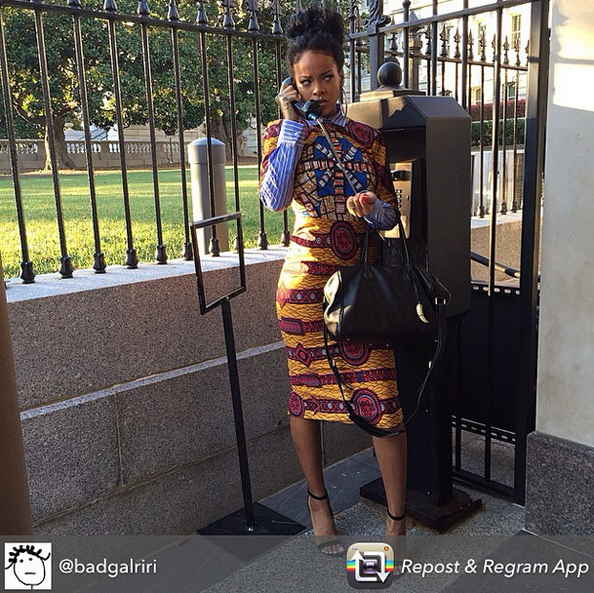 Saudi Arabia is home to our emerging fashion star, Razan Alazzouni. Her collections are infused by themes of feminism and the appreciation of the female form. As an inspiration to many, her predominant fabrics include silk, chiffon and velvet, making her designs a clear spot on the catwalk.

Serious about a career in fashion, Alazzouni, enrolled at The School of Museum of Fine Arts and TUFTS University in Boston, Massachusetts to study sculpture, screen-printing, and papermaking.

With a passion for art, Alazzouni, includes unique hand-beading pieces into her collections making them popular with some of our favourite stylish celebrities including Emma Roberts, Giuliana Rancic  and Kelly Osbourne. 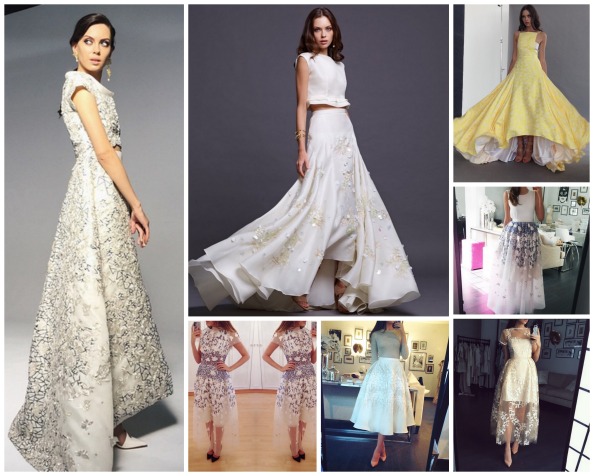 Battling with the restraints of an emerging fashion industry in Saudi Arabia, there is no denying Alazzouni’s collection has created waves among the worldwide fashion community. Watch this space for more whimsical designs from Razan Alazzouni.

Her knitwear designs are loved by some of the biggest fashion houses, putting her at the top of our must-watch list of 2015. Working with only the best Italian yarns, Haller’s trademark pieces include  complex stitches of chunky roll-necks and long cable-knit cardigans, which have us all drooling for winter. 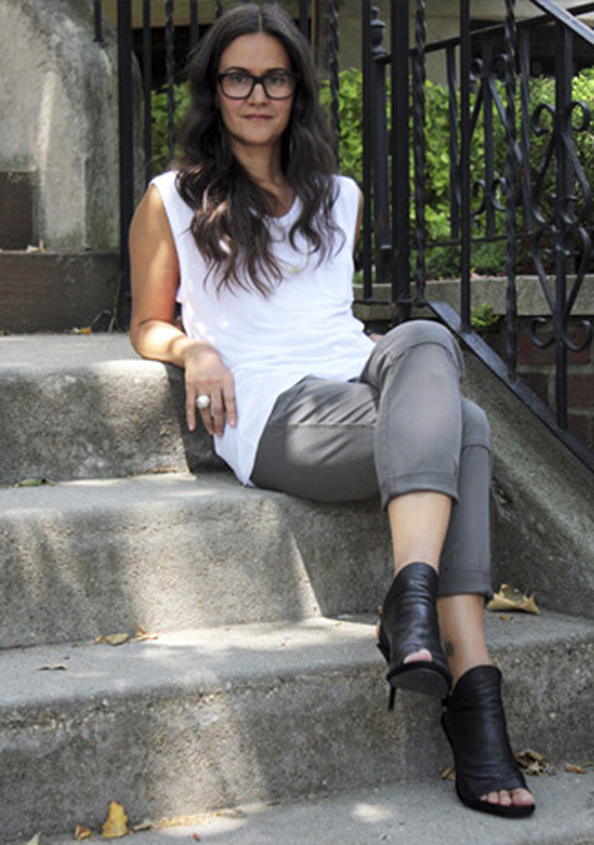 Haller got her fashion calling at the age of eight, when she became addicted to crafts and was given yarn and needles by her grandmother. After graduating from Parsons School of Design, Haller, started her own design consultancy company for some of fashion’s biggest names to develop their own knitwear collections. Haller’s clients included Jason Wu, Lippes, DKNY and Adrienne Vittadini to name but a few. 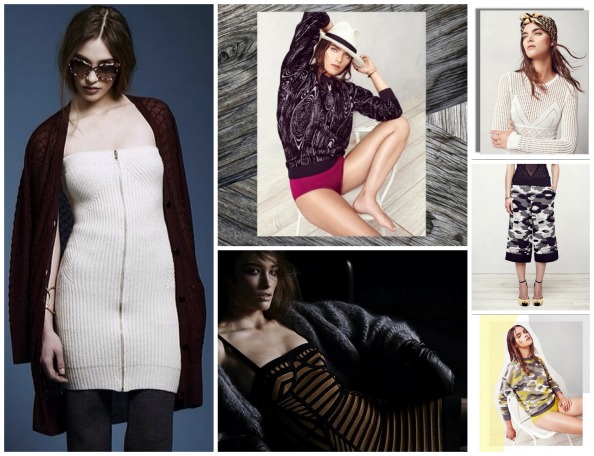 As one of the Knitwear industry’s finest, Kim Haller, is certainly becoming a recognisable name with a collection that speaks volumes for experience and vision.

Talk about an emerging star, J Moon is our newest womenswear brand created by the 2014 London College of Fashion graduate, Jinhee Moon.

Known for her wacky, three-dimensional garments, Moon enjoys blurring the boundaries of colour and shape, which is no-doubt refreshing to see on the catwalk. 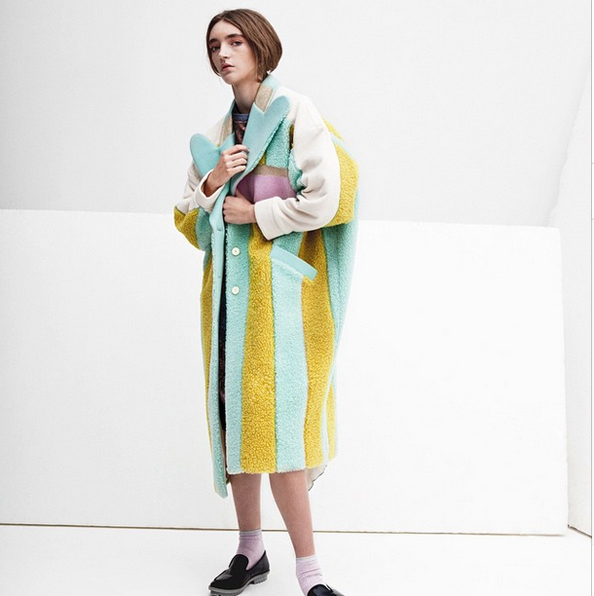 Not only has she been listed in the 200 best emerging designers in Vogue Italia, but she was also awarded the Fashion Scout Ones to Watch award for autumn/winter 2015, which means all eyes will be on her for this year.

Her experimental and playful style is incorporated into her garments and has attracted the attention she deserves. So much is anticipated for this designer.

Having a Designer of the Year title under his belt and having been awarded a National Scholorship from the CFDA and YMA, it’s no wonder Brandon Sun is one of our most exciting emerging fashion stars for this year. His collections show themes of modern glamour, confident femininity with a hint of luxury fur. After attending Parsons School of Design, Sun interned at two big fashion houses, J. Mendel and Oscar de la Renta, where he became Design Director for the Fur Division. From there, his career went from strength to strength. In February 2011 he launched his own luxury fur accessories collection with significant ethical and environmental considerations. With Lady Gaga, Janet Jackson and Jessie J as fans, there is so denying Sun’s popularity for 2015. 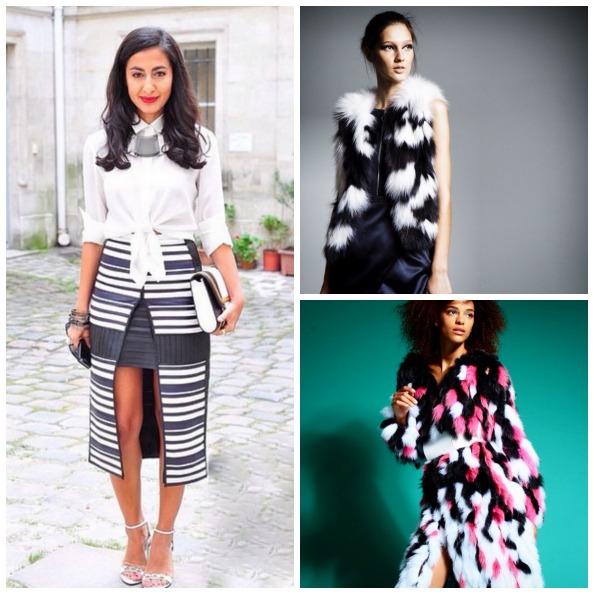 From a young age Amir Taghi was surrounded by fashion, fabrics and seamstresses so there was no surprise that he would turn out to be one of our rising stars of 2015. His grandfather owned a luxury clothing store for men, which ignited Taghi’s passion for fashion and design. 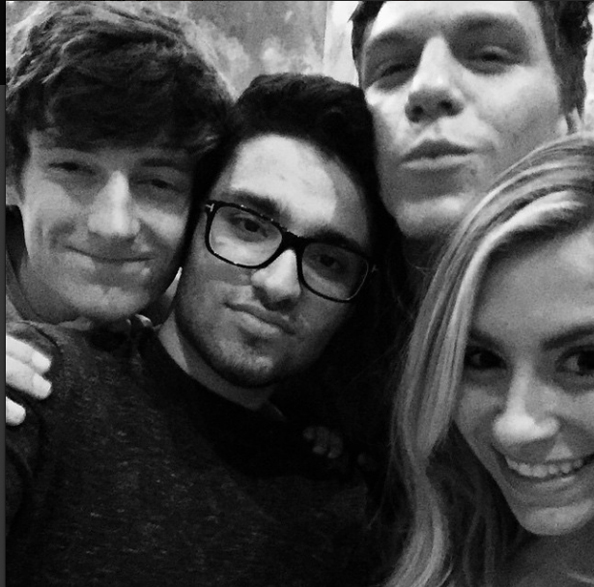 Taghi’s collections are inspired by southern women with a strong silhouette  – think cinched waists and full skirts. Desperate for a career within fashion, Taghi, previewed his first collection at the age of 15, which set him on the path for success. After his third collection in 2013, Taghi secured an internship at, Oscar de la Renta, working with some of the best names in the business. 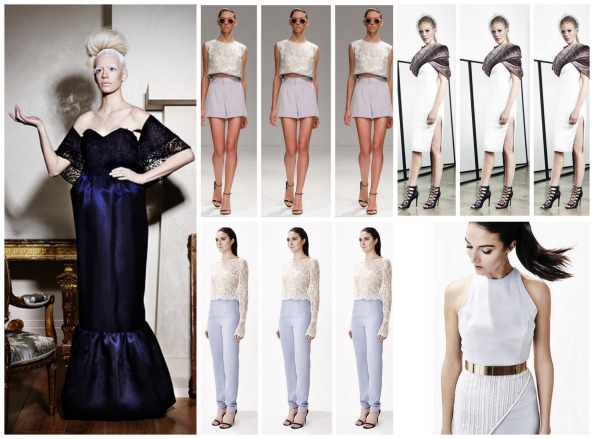 And if that wasn’t enough, Taghi showcased his spring/summer 2015 collection in his hometown of Houston, Texas for fashion week and and is gearing up for a move to London to study at the prestigious Central Saint Martins.

Starting from the small confines of her room, Liu Min, was able to create the first few garments for her Ms Min collection with just a sewing machine in a coastal Chinese city of, Xiamen. Today, she has secured her spot on our list for fantastic emerging designers to watch out for. 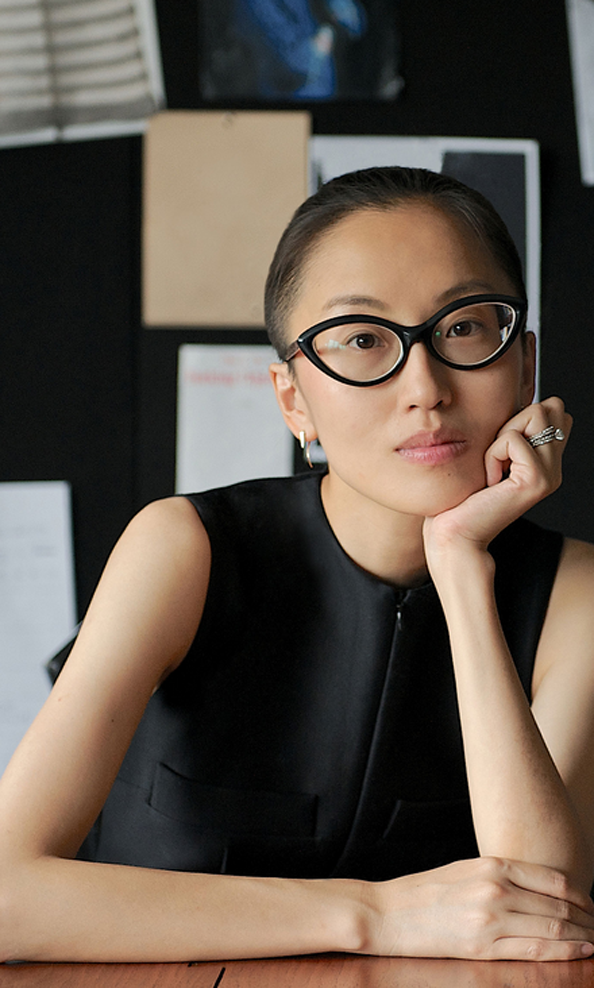 Launched in 2010, Min’s stylish collections have strong vintage themes that include pleated skirts and classic tailoring, that will no doubt stand the test of time.

Her skills were honed at London College of Fashion, where she graduated with a bachelor degree in 2007, before moving onto a design internship with Viktor & Rolf in Amsterdam. Her lucky break came when she was asked to preview her spring/summer 2014 collection at London Fashion Week, which was well received by critics and put her directly onto the fashion map.

Doha, Qatar, is home to one of our favourite middle-eastern designers, Dabya Al Khuleifi, aka Dabya. Her signature fabrics include chiffon and lace that usually have us re-living our proms and wishing we had worn her exceptional gowns. 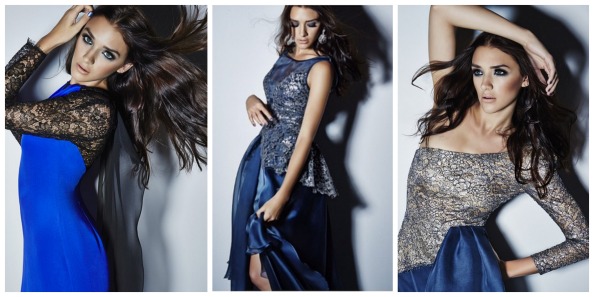 Originally training for five years as a couture designer, in 2011 she launched her own label, Dabya, which brings luxurious evening and bridal wear to the collection. She draws her inspiration from her Arabic heritage along with modern day style and western influences.

Throughout her career she has travelled to many fashion capitals, sourcing only the best fabrics from London, Hong Kong, Paris and Malaysia. Launching a collection in an emerging industry isn’t easy but Dabya Al Khuleifi has made it and got the fashion world buzzing.

Now, not many designers can say that Lady Gaga loved their collection so much that she purchased it for her 2010 world tour, can they? Well Charles Youssef can. This quirky, but oh-so stylish brand, was put on the map by the queen of pop. Inspired by geometry, architecture and art, we can see why the collection was so popular with Gaga. 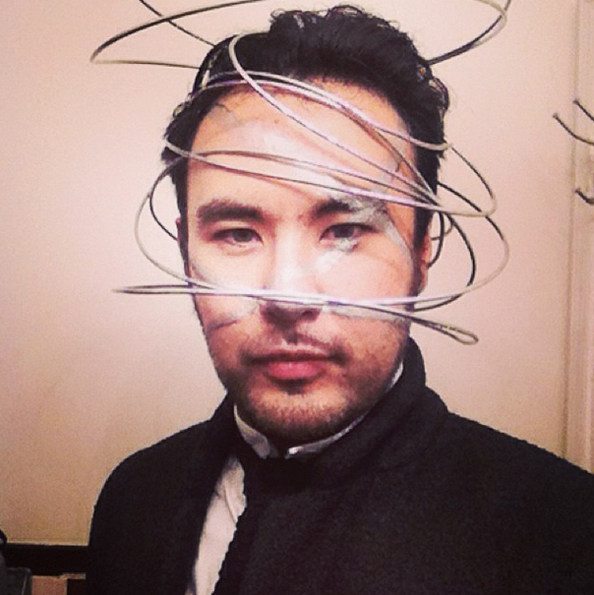 This Lebanese designer studied at Parsons School of Art and Design and then enrolled for an MA in Womenswear at the world famous Central Saint Martins College in London, before presenting his graduate collection at London Fashion Week in 2010. As if his career didn’t get off to a good enough start, Youssef also secured internships at top fashion houses Calvin Klein, Gareth Pugh, Cerruti and Ralph Lauren. 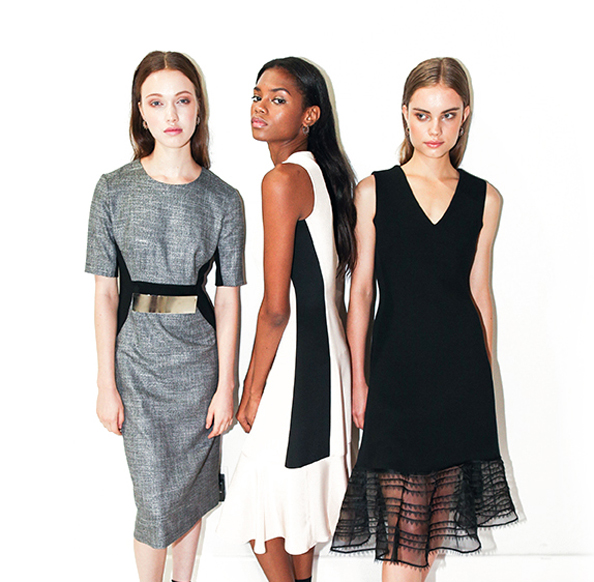 With such an impressive start we couldn’t be more excited for Youssef’s future as an emerging star.

Chinese designer, Min Wu, draws inspiration from technology and nature; this is shown through her use of colours, three-dimensional shapes and lines that are constantly seen throughout her collection, making her one of our most diverse emerging stars for 2015. 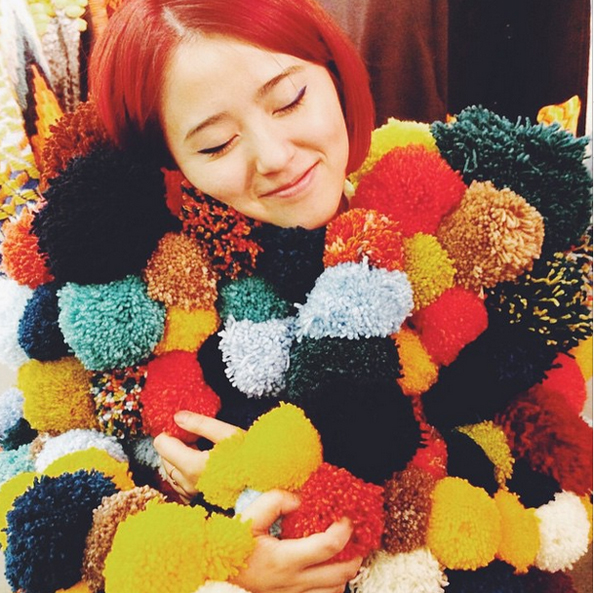 Graduating from London College of Fashion in 2013 with an MA in Womenswear, Min Wu, was selected for the top 10 finalists to show at the prestigious college in the MA showcase. 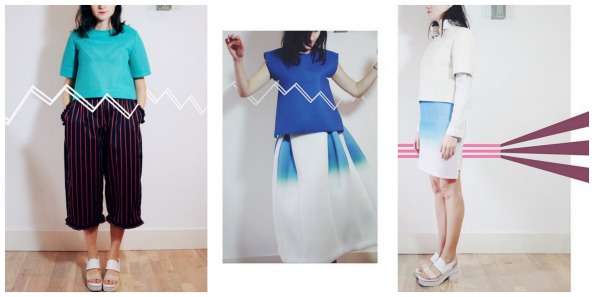 Although Min Wu is only starting her career, she’s already experienced a few highlights including her collection being displayed at the British Fashion Council’s International Fashion Showcase in 2014.