Top 10 Destinations Where You Get More For Your Dirham 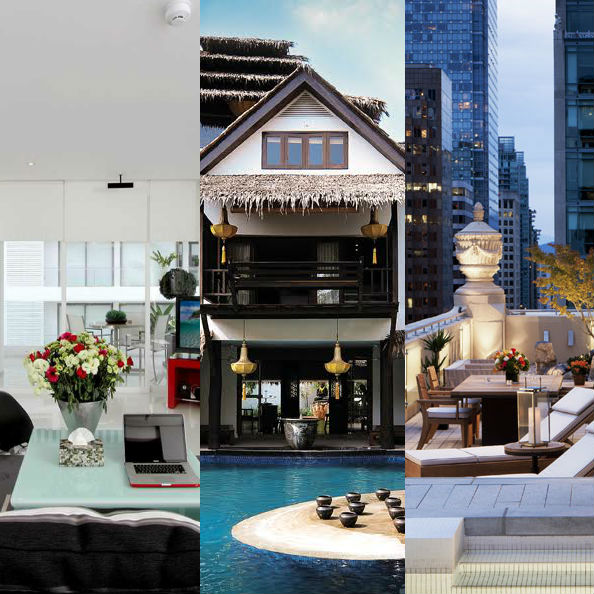 Planning on taking a holiday soon? You’re in luck. The strength of the US dollar in certain destinations abroad means that those earning money in the GCC can receive a bit more bang for their buck on holiday.

Here is the current exchange rate change from May 2, 2016 compared to May 3, 2015, in the top 10 countries in which the dirham has strengthened against.

So if you’ve got a holiday coming up, it’d make sense to look at the above countries as potential destinations. To save you a bit of hassle on some of the best spots to hit up in each one, we’ve gone ahead and done it for you:

Why? Centered around the vast Etosha salt plan, the Etosha National Park lures in thousands of flamingos, as well as herds of zebra, wildebeest, antelope and more. Perfect for those looking for a top-notch safari experience.

Rooms from Dhs262 per night.

Why? One of the more chic suburbs in Cape Town, Camps Bay never fails to bring in the sun-seeking tourists in the summer. The main drag, Victoria Road is rammed with trendy restaurants, pubs, and bucket-and-spade shops, only seconds from the beach.

Only a minute’s walk from the beach and the beachfront dining options, this hotel is great for those who love to mix relaxation with luxury. The rooms have incredible views of the beach, personal pools and even a complimentary minibar.

Rooms from Dhs630 per night.

Why? It’s been dubbed by Brazilian weekly magazine Veja as “the best place to live in Brazil” and for good reason too. Florianopolis is well known for its beaches, surfing, seafood and the combination of modern city with historical landmarks. Spend the day kicking back on the beach, or exploring the city’s cathedrals, markets and old districts.

With sea-view rooms, balconies, chalets and amenities galore, this beachside hotel has had rave reviews. Located just outside of the city, Costa Norte Ingleses is great for those who’re looking for a relaxed trip, but still want to nip into the city for a spot of shopping. Their in-house restaurant serves up a mix of local and international options, with a particular focus on seafood – and the staff are all fluent in English, in an area where Portuguese is dominant.

Rooms from Dhs260 per night.

Why? The city’s beautifully preserved Colonial and Spanish architecture, eclectic boutique stores and cultural mix make up the magic of San Miguel de Allende. People fall in love with the city so much that the population is made up of 20 per cent expatriates. There’s everything from incredible street food to gourmet restaurants, rooftop bars and galleries a-plenty, with near-unrivaled sunsets making for a romantic backdrop.

The Rosewood boasts large, high-ceilinged roofs, but the hotel’s main selling point is its rooftop bar. Sprawling views of the city at night, with the tallest building, the Parroquia de San Miguel Archangel parish church on full display. You’re never too far from the action – mere walking distance of the shops, restaurants, and general bustle of the city.

Why? Zanzibar’s got a reputation as an island paradise, filled with beautiful beaches, vast coral reefs, with a fascinating historical side to boot. Enjoy unspoiled weather year-round, dhow safaris and museums to explore, as well as shopping, food markets, incredible seafood and wildlife.

A calm resort with beach-side villas for you to relax in, with a range of activities on offer including water sports, beach football, volleyball as well as cycling and hiking. Their “Under the Palm Trees” sessions allow hotel guests to learn Swahili, how to cook local food as well as the history of Zanzibar and how to palm weave.

Why? The green capital of Asia, with palm-lined freeways, an array of night-markets, bustling art scene and top-notch shopping. If you’re a foodie, you’ll love the local food scene, with a vast amount of cafeterias and food stalls to find local delicacies.

A perfect little enclave removed from the constant hubbub of the city. A resort-style oasis with little villas, nestled among greenery, with all ground-floor units granted direct access to the resort’s lagoon pool. Villa Samadhi offer up a range of activities for guests wishing to take a break from the city, including jungle bike rides, village visits as well as rafting, abseiling and more.

Rooms from Dhs606 per night.

Why? After flying to New Zealand (which can now be done direct thanks to Emirates), take a ferry to Waiheke Island. You’ll find quaint galleries, craft boutiques, as well as numerous vineyards, incredible seaside views and relaxed restaurants.

Stay? Breakfast on the Beach Lodge

Situated right on the waterfront, each room comes with a large en-suite bathroom, open lounge and even an atrium area with full views of the ocean. The dining and lounge area consists of floor-to-ceiling windows, with a three-sided gas fire and adjoining library. In the garden areas, you can kick back in the hot outdoor spa or hammock as you plan the next day’s activities, including kayaking, wine tours and more.

Why? One of the most culturally and politically significant cities in Poland, the country’s former capital and oldest university town serves as a great spot for a break without the super-high prices. Brimming with art and architecture, Krakow is a real Eastern European tourist hotspot. The centre of Krakow, Main Market Square, contains the most cafes and pubs per kilometre squared in the world, so you’ll never be stuck when finding somewhere to eat.

In a quiet but central location in Krakow, Topolowa is walking distance from the railway station, 10 minutes from the Old Town and only 15 minutes on foot from the main market. Topolowa has received exceptional ratings on most booking sites (#1 on TripAdvisor, 9.6/10 on booking.com), having combined their prime location with even better hospitality. Each room comes with a kitchenette if you don’t feel like eating out.

Rooms from Dhs334 per night.

Why? The perfect blend between party and play, with a bustling nightlife scene consisting of hundreds of restaurants, pubs and clubs. During the day, you can browse never-ending markets, snooze by the pool or head down to the beach.

BYD Loft’s spacious, modern hotel rooms were made not just for sleeping, but for living in. Situated just outside of the town centre you’re never too far from the action, but for when it gets too much – you can while away the time on your room’s private terrace.

Rooms from Dhs357 per night.

Why? An hour’s flight from Manila lies El Nido, a collection of 45 islands that serve as a hotspot for sun-seeking tourists, as well as the odd Hollywood director or two (scenes from the last instalment in the Bourne series were filmed here). You’ll find beaches, clear water, jungle and steep cliffs. You can choose between chilled, cultural or active, with a bunch of activities on offer for those days you don’t want to spend at the beach. Go trekking, rock climbing, mountain biking, diving or snorkelling during the daytime, and make the most of the live music and eateries at night time.

Secluded, beachside villas serve as the perfect retreat after a day out and about. Based on eco-friendliness, the in-house restaurant’s menu is entirely sustainable, with all nature-based activities low in carbon footprint. At the foot of the beach, you’ll find a marine sanctuary, perfect for snorkelling – with vast coral reefs offering up a host of fishy friends for you to gawk at.