In pictures: 7 times British royals have visited the UAE 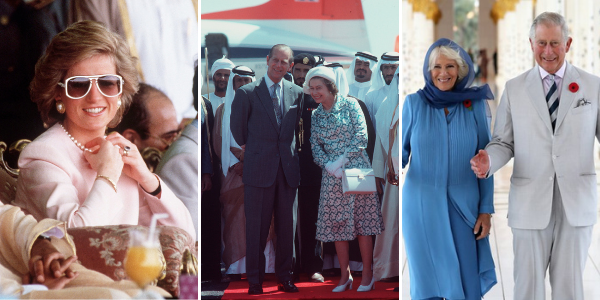 Prince William recently touched down in the UAE for the very first time.

Over the years, the British royals have upheld a very close relationship with the UAE which has spanned over four decades and have made multiple visits to the emirate themselves.

With that, Emirates Woman takes a look at some of the key visits British royals have made to the emirates throughout the years. 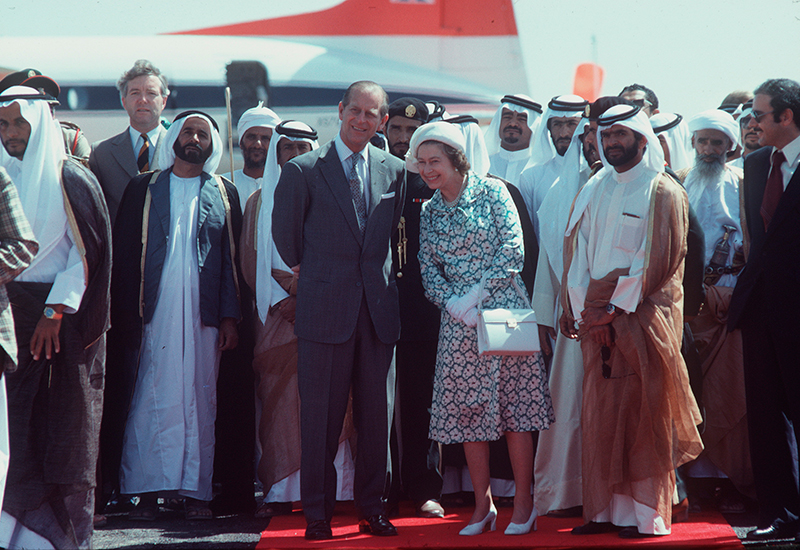 The Queen is said to be the most travelled monarch in the world. The monarch and Prince Philip were the first British royals to visit the UAE in 1979, eight years after the emirates first united together in 1971.  The Queen arrived in Abu Dhabi on her royal yacht, the Britannia, where she was greeted dockside by Sheikh Zayed bin Sultan Al Nahyan, founder of the UAE. The whirlwind visit included state banquets, a visit to Al Ain, a tour of the new municipality building and the opening Jebel Ali port along with a spot of camel racing. 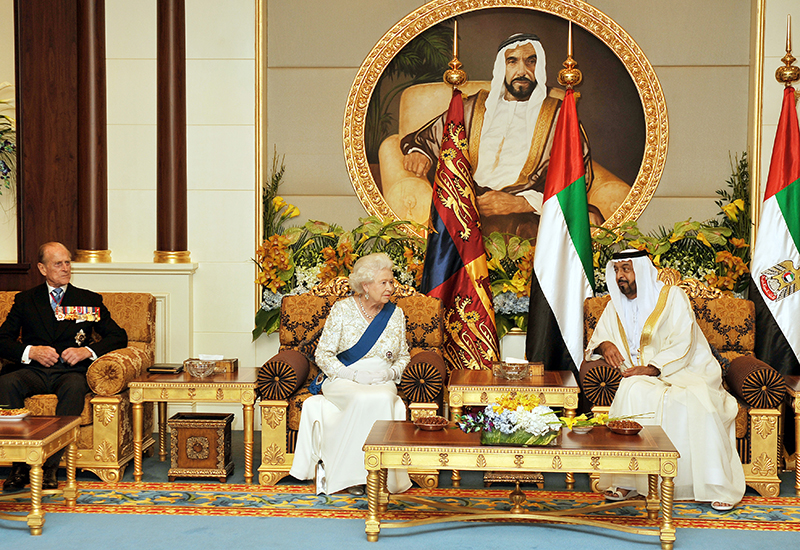 In 2010, Queen Elizabeth II and Prince Philip returned to the UAE. The royal couple met with His Highness Sheikh Khalifa bin Zayed Al Nahyan, the President of the UAE, where he conferred the Order of Zayed on the Queen in the presence of His Highness Sheikh Mohammed bin Rashid Al Maktoum, the Vice President and Prime Minister of the UAE and Ruler of Dubai.

Also on their state visit, the couple visited the Sheikh Zayed Grand Mosque where the Queen was said to be fascinated by the intricate mosaics. The royal couple also listened to children recite the Qu’ran as a move to showcase the multi-faith dialogue and tolerance that the two countries share. 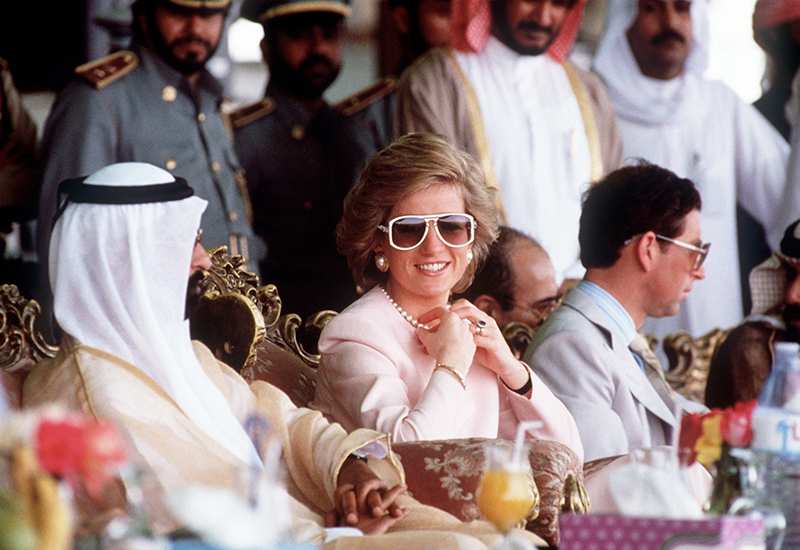 In 1989, Prince Charles and Princess Diana visited the UAE together. The pair enjoyed camel racing Al Ain (seen in the photo above), a picnic at Ghabat Raqnah Oasis, and Sheikh Zayed, founding father of the UAE, shared his plans for Sir Bani Yas Island as a wildlife reserve. 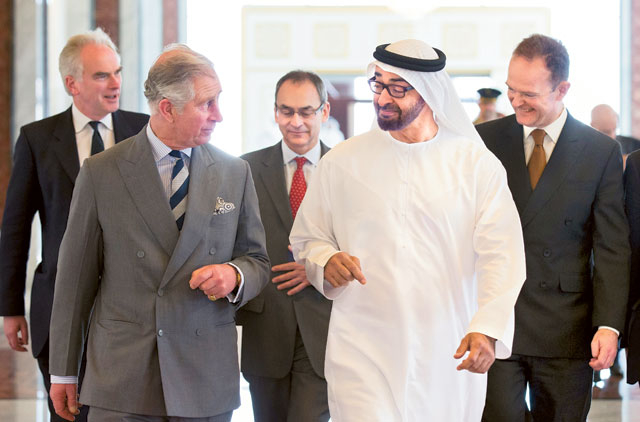 On his second visit to the UAE, Prince Charles was greeted by Sheikh Mohamed bin Zayed Al Nahyan, Crown Prince of Abu Dhabi and Deputy Supreme Commander of the UAE Armed Forces. The long-standing relationship between the two countries was apparent throughout the visit and the Prince expressed his happiness of visiting the UAE again. In November 2016, the Prince of Wales returned to the UAE, this time with his wife Camilla, Duchess of Cornwall.  The British royals were greeted by Sheikh Abdullah bin Zayed, Minister of Foreign Affairs and International Cooperation, and Sheikha Lubna Al Qasimi, Minister of State for Tolerance. The three-day visit saw the royal couple visit the Sheikh Zayed Grand Mosque for the first time. The tour also included a trip to Bu Tinah archipelago, a sanctuary for endangered species and an UN-recognised heritage site and a celebration at Jahili Fort in Al Ain. 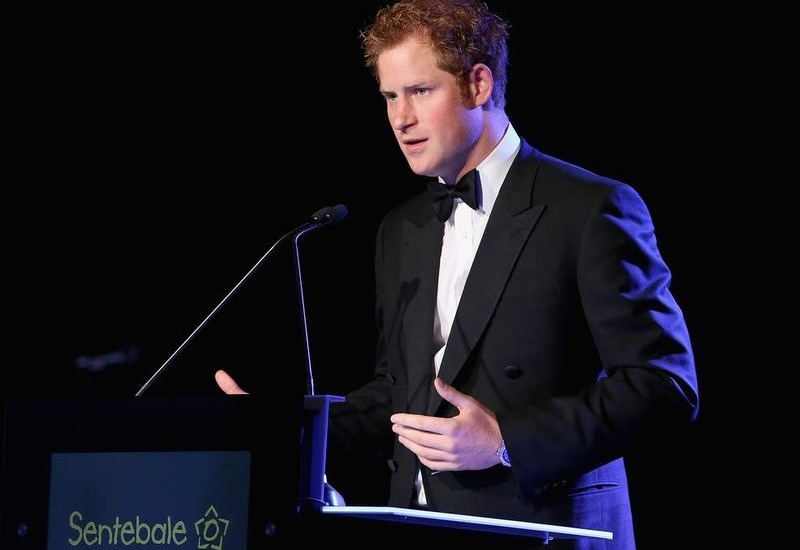 In 2014, Prince Harry returned to the UAE to attend the Sentebale Polo Cup presented by Royal Salute World Polo at Ghantoot Polo Club in Abu Dhabi. The British Prince captained the Sentebale team which won under the Patronage of His Highness Sheikh Falah bin Zayed Al Nahyan.