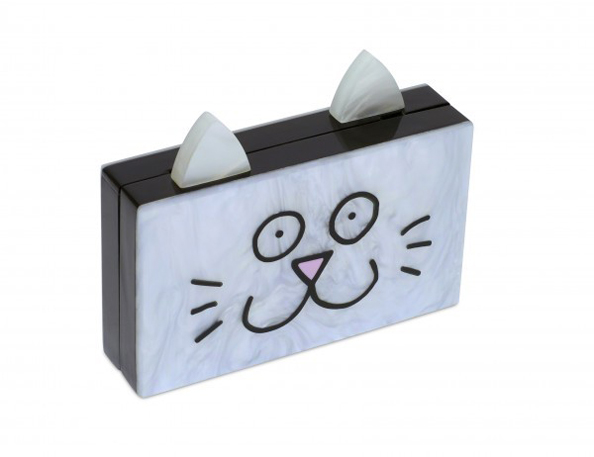 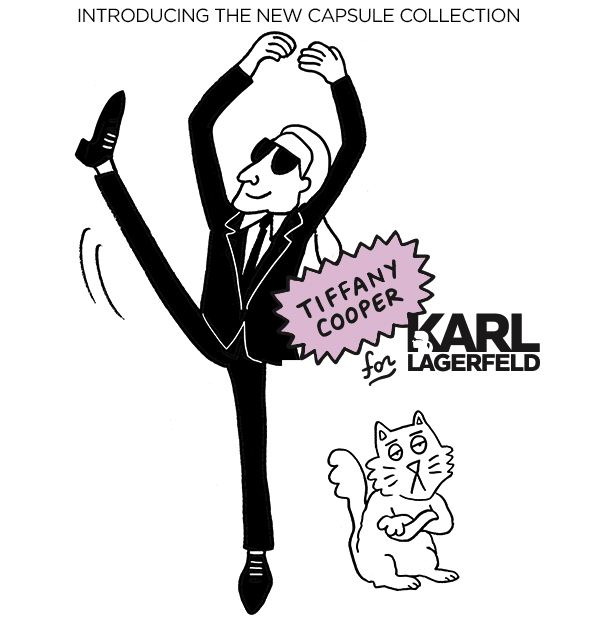 Karl Lagerfeld is wearing a grass skirt and playing a ukulele. Next to him is his beloved cat Choupette, also wearing a skirt and playing the mini guitar. We know what you’re thinking, this is a dream. But, it is not. This is in fact the fantastic illustration by artist Tiffany Cooper who has collaborated with King Karl on a quirky collection of accessories and apparel. Who said fashion couldn’t be fun?

Creative duo, Tiffany Cooper and Karl Lagerfeld have joined forces to design a wonderfully exciting capsule collection of T-shirts and accessories featuring Cooper’s drawings of the designer and his famous pet. 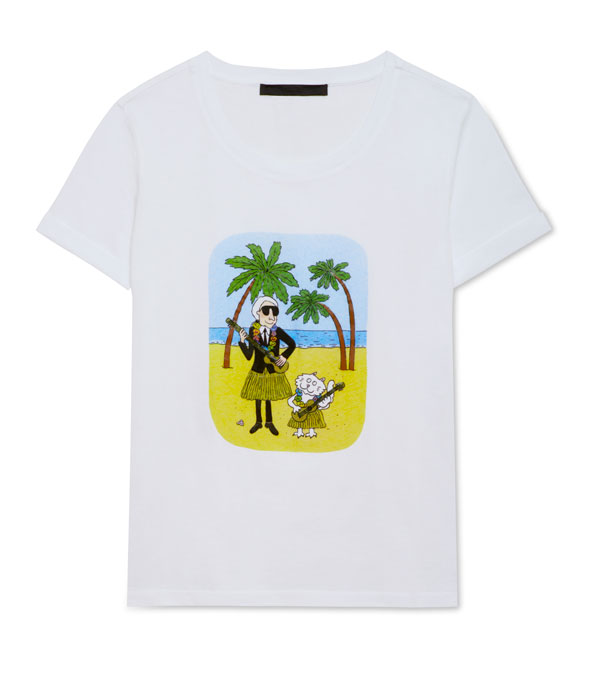 The mini offbeat range will first hit French store Collette in Paris on April 1, yet fear not as the collection will be available to us on April 4 when it is launched online at stylebop.com. 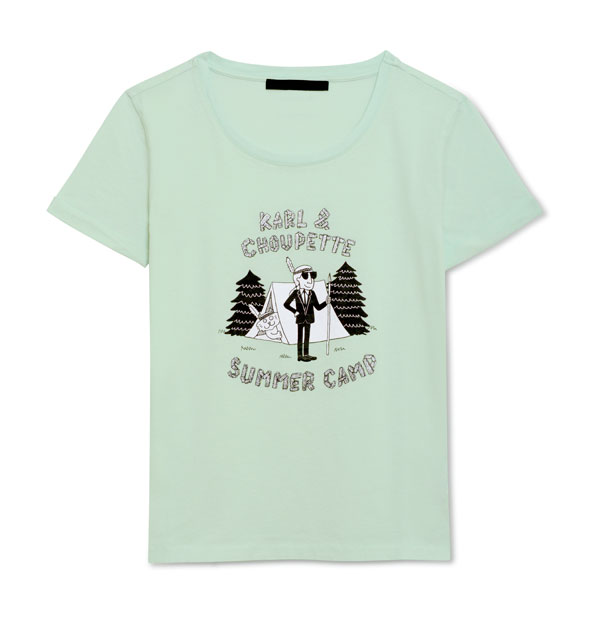 Humour and self-mockery are some of Karl Lagerfeld’s well-known character traits. A regularly characterised designer, he decided to play on not only his infamous features but also his cat’s and use them to his advantage, calling on the talents of Tiffany Cooper, an artist who is famous for her offbeat portrayals of the fashion world. 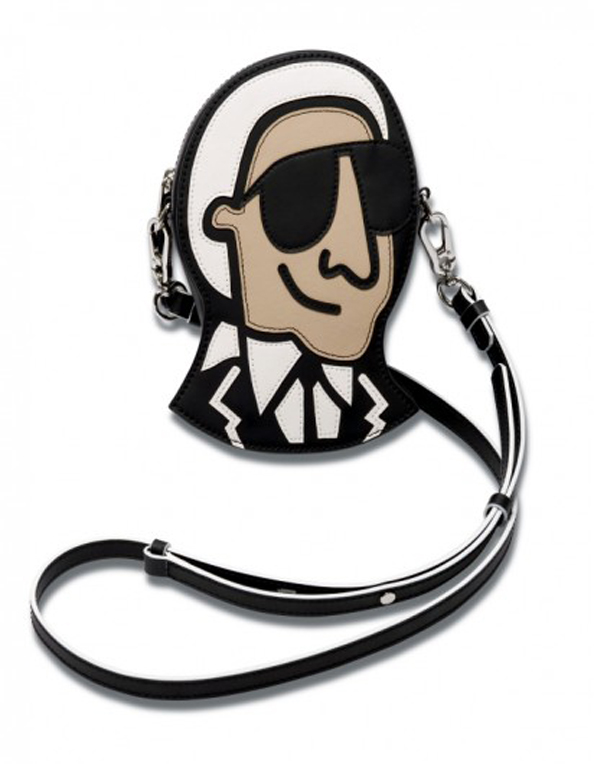 Tiffany has created a mini-collection of fun, ready-to-wear apparel and accessories in Lagerfeld’s effigy, showcasing her mordant and yet warm-hearted sense of humour while capturing the designer’s signature style. 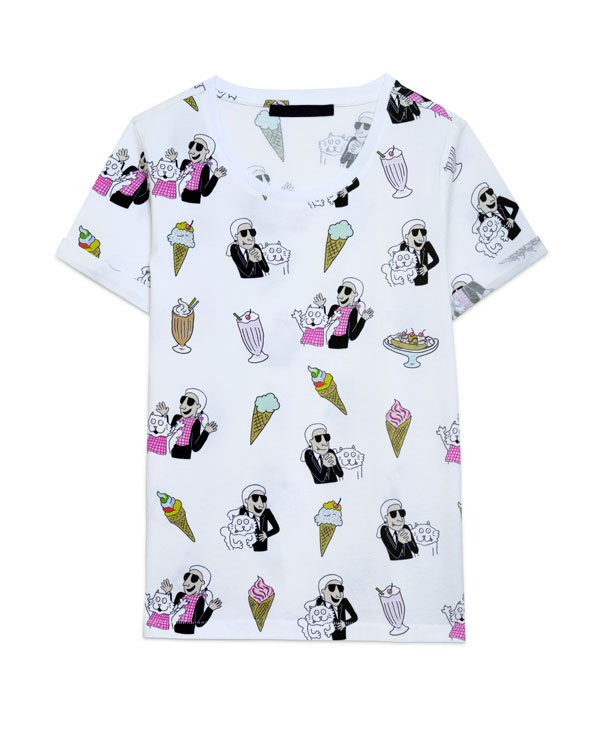 “I’ve been looking for a way to portray Karl for a long time. Then, a year ago, I finally found it. Choupette naturally became the humoristic foil to Karl’s false severity,” explains Tiffany. The definitive features of her “role model”, as she calls Karl. 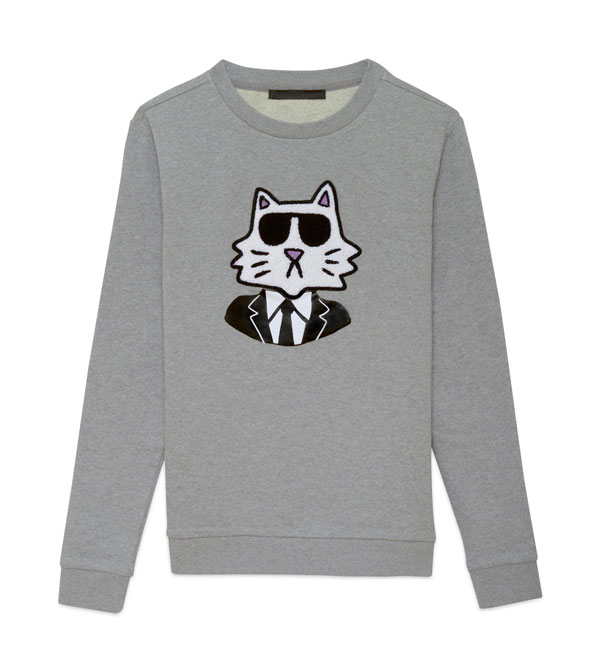 The designer has also been in the news this week for shooting singer Lady Gaga for the cover of The Hollywood Reporter. The shoot was shot in none other than Coco Chanel’s apartment in Paris for a feature on the 25 most powerful stylists. Well, he certainly is the man of the moment… every moment. 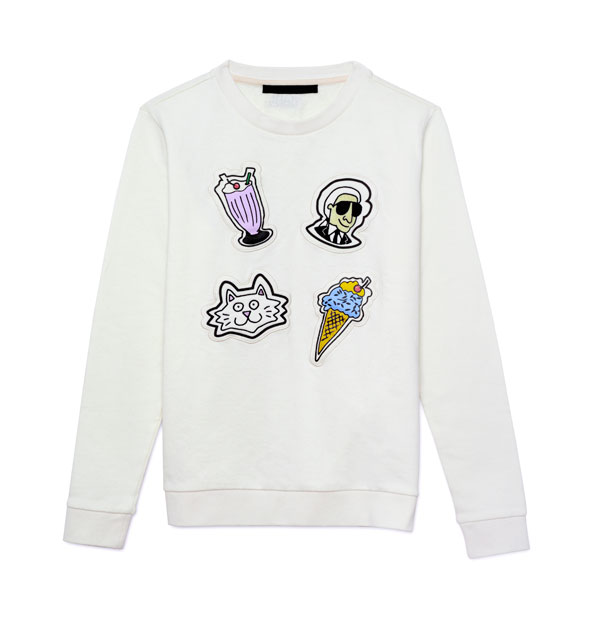