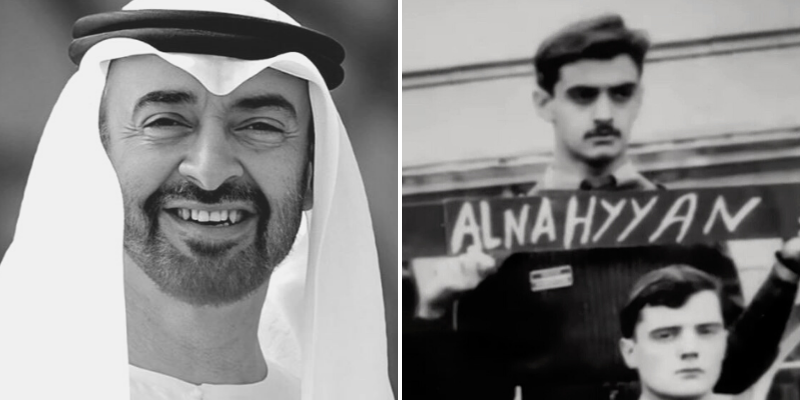 As the Deputy Supreme Commander of the United Arab Emirates Armed Forces, His Highness Sheikh Mohamed bin Zayed Al Nahyan, the Crown Prince of Abu Dhabi, has had a wealth of military training throughout his life.

Looking back on his days during military training, a throwback photo was posted of a young Sheikh Mohamed bin Zayed from when he was a cadet at the Royal Military Academy Sandhurst in 1979.

In the photo, which was posted to the UAE Royal Family account, the young Sheikh is seen in the 1970s with fellow colleagues during his training at Sandhurst.

At the time of attending Sandhurst, His Highness was 18-years-old and completed intense courses at the military academy including a fundamental flying course, a parachutist course, training on tactical planes and helicopters and more.

Sheikh Mohamed also trained alongside the current King of Malaysia.

While it’s been many years since he graduated from Sandhurst, Sheikh Mohamed recently returned to the academy to support his son. 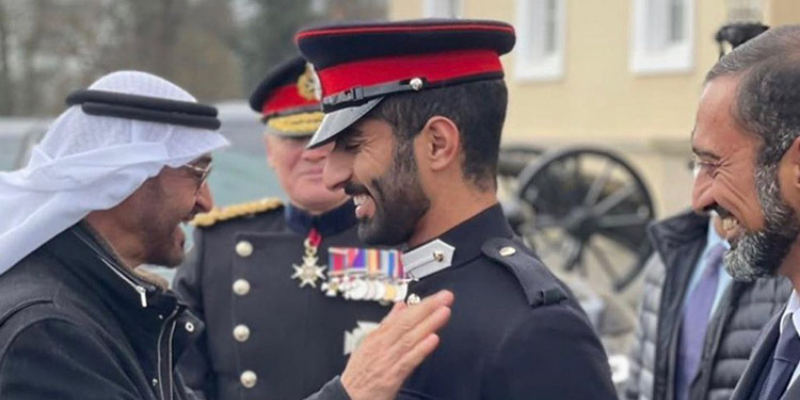 In was a video that was posted to the Emirates Royal Family Instagram from the event that was particularly heartwarming shows Sheikh Mohamed hurrying towards Sheikh Zayed to give him a congratulatory hug from a proud father.

Following the event, Sheikh Mohamed also took to Instagram to congratulate all those who graduated from the military college.

“I was proud to attend the Sovereign’s Parade at the Royal Military Academy Sandhurst, where I met with our Emirati cadets,” he said. “I congratulate all of the cadets from Commissioning Course 201 and I wish them every success in their endeavour to better serve their countries.”