This Up-And-Coming Model Is Our Newest Brow Muse 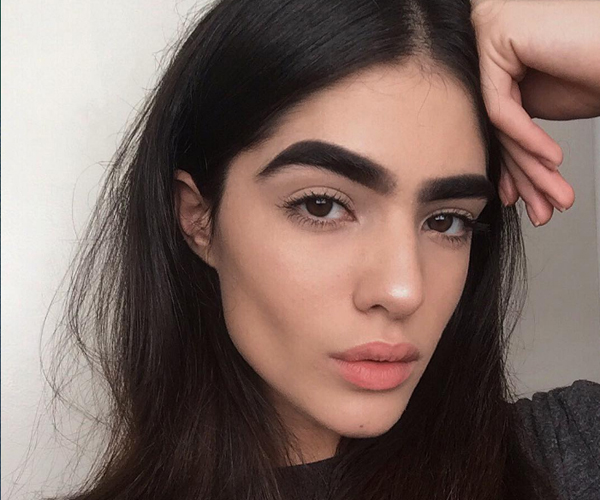 Brows are a big business here in the UAE – there’s a salon on every street corner it seems, and no one ever looks to have a hair out of place – and we’ve just found our latest muse.

Her distinctive brows caused Natalia Castellar years of pain during school – but now they’ve landed her a top modelling contract.

The Puerto Rican admits she nearly shaved off her beautiful bushy brows after being bullied mercilessly by classmates, but she was recently snapped up by a leading agency and is now fronting campaigns for global brands including NARS and Mansur Gavriel.

Models including Cara Delevingne may have made thicker brows all the rage in recent years, but US-based Castellar says she definitely felt like an outsider growing up.

“When I was younger they were all anyone would point out,” the 17-year-old told W Magazine. “I was bullied terribly because of how thick and long they were, so I wanted to shave them down.”

Read:
Six Times That Hijabi Models Made Global Headlines
She Was Bullied For Her Skin, But This Model’s Definitely Having The Last Laugh
Meet The Inspirational Bearded Model Breaking Down Beauty Barriers
7 Models You Didn’t Know Were Arab
5 Steps To Getting The Perfect Brows: And Where To Get Them Done In Dubai

Luckily the up-and-coming star’s mum stopped her before she took a razor to them, and she was spotted by NEXT Models earlier this year.

Castellar’s photographer sister, Bianca, regularly shared snaps of the teen on Instagram and Tumblr, where they caught the agency’s attention.

Now, she says, she wouldn’t dream of touching her trademark.

“I don’t care if they stay trendy or not, I love my eyebrows,” she told the magazine. “They set me aside from other models. I wish I would have embraced them sooner.”

If you’re wondering what the secret is to her full, glossy brows, Castellar says it’s all just down to regular brushing.

“Although it’s not much, I think that brushing your brows is just as beneficial as using nourishing products. Brushing stimulates growth, and it helps with circulation,” she said, although admitted she fills them in with the Anastasia Beverly Hills Dipbrow Pomade (yep, the one available at Sephora).