Azzedine Alaia is back, people!

He hasn’t put on a couture catwalk show for six years, but legendary designer Azzedine Alaia just made a much-welcomed return to the runway.

And, as the icing on the cake, the Tunisian couturier managed to get iconic supermodel Naomi Campbell to make a rare catwalk appearance for the occasion.

The super previously appeared in many of Alaia’s campaigns and catwalk shows over his label’s 37-year history, and is something of a muse for the designer.

Read:
Zuhair Murad’s New Collection Looks Like Something Straight Out Of A Fairytale
Sonam Kapoor Rules The Runway With A Surprise Turn At Couture Fashion Week

This time around, Alaia – who last presented a couture collection in 2011 – dressed Campbell in a flowing gothic-inspired gown, complete with mesmerising metallic pleating.

The star also sported a monochromatic shearling coat, topped off with a statuesque plastic head wrap. 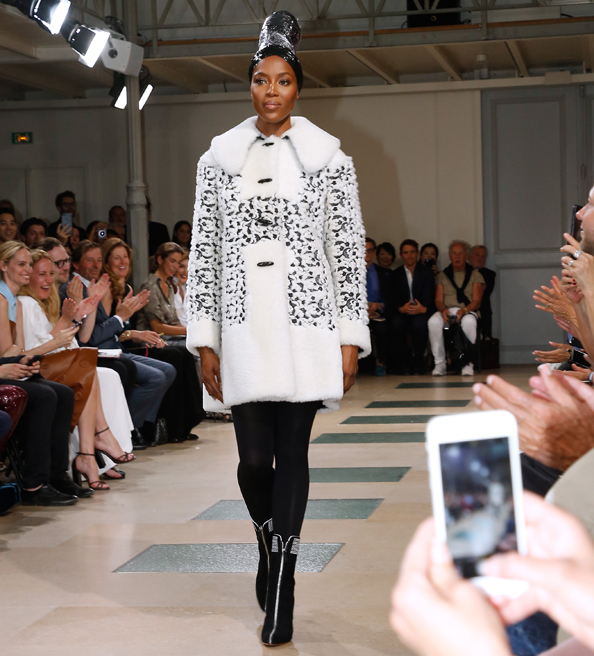 The 47-year-old has previously opened up about her relationship with the designer, telling The Telegraph Alaia acted as a father figure when she first arrived in Paris aged 16.

“I met him and that was it,” Campbell said. “He called my mother and told her I had to live with him. He said I shouldn’t be in Paris aged 16 by myself. He said I needed protecting and he was going to take me in.”

Victoria’s Secret model and catwalk regular Karlie Kloss also walked for Alaia at his couture show, with the trio posing for a backstage snap.

#WCW today and everyday @NaomiCampbell. These two are true masters at their craft. Thank you for inspiring me + the entire world. pic.twitter.com/sY9UM6t2Nc

The show, one of the most anticipated of the five-day fashion event, featured a parade of intricately printed separates and offered a masterclass in the art of layering. 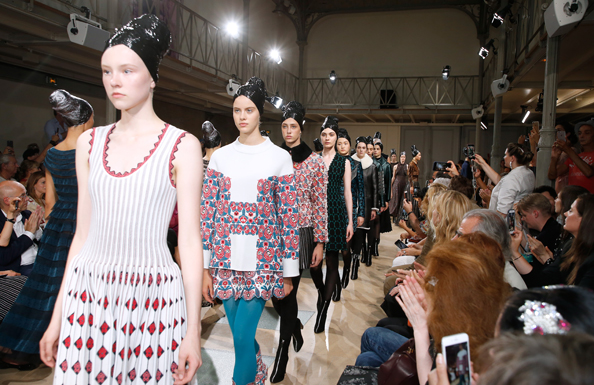 Alaia, who worked for Dior, Thierry Mugler and Gay Laroche before establishing his eponymous label in 1980, is a long-time favourite of the fashion set, with his pieces worn by everyone from Lady Gaga and Madonna to former First Lady Michelle Obama.