Meet The Young Muslims Fighting Back Against Islamophobia In Stunning Photos 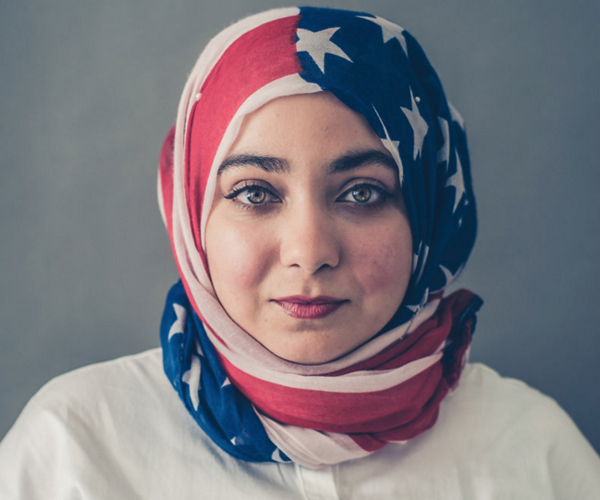 There’s been a lot of racial and religious unrest in America recently.

After the outspoken Donald Trump was elected to be the next President of the USA, many of the country’s Muslim population have felt alienated and under threat.

There’s been a big rise in Islamophobia in the States, with some Muslim women being harassed for wearing a hijab, and in some cases having to defend themselves attackers who have tried to rip it off.

So in the face of such fear and stereotyping, one man set out on a mission to tell the real stories and capture the real faces of America’s Muslim population.

Read:
This 20-Something Is Teaching Muslim Women To Defend Themselves From The ‘Hijab Grab’
This Beauty Box For Muslim Women Comes With Pepper Spray
What A Trump Presidency Might Mean For The UAE (And Women Around The World)
Gigi Hadid Apologises For Her ‘Racist’ Impression Of Melania Trump
Six Times That Hijabi Models Made Global Headlines

New York photographer Mark Bennington has embarked on a project called America 2.0, in an attempt to showcase that US Muslims aren’t different from anyone – with their own dreams, aspirations and goals.

“Now more than ever, we, as the American public, are faced with images and propaganda of ‘the other’ – be it Muslims, Mexican immigrants, the African-American community… the list goes on,” Bennington told The Huffington Post. “I found this to be a crucial time to start a project that focused on the everyday – what do ordinary lives and aspirations look like?”

The photographer shot and interviewed a selection of New-York-based Muslims to show how they’re “vivacious, earnest, informed youths eager to participate in our/their American democracy”.

“This project is a translation through representation of what a dynamic American community should look like,” he wrote on his website. “This is our young complex America, simultaneously integrated, independent, and highly networked.” 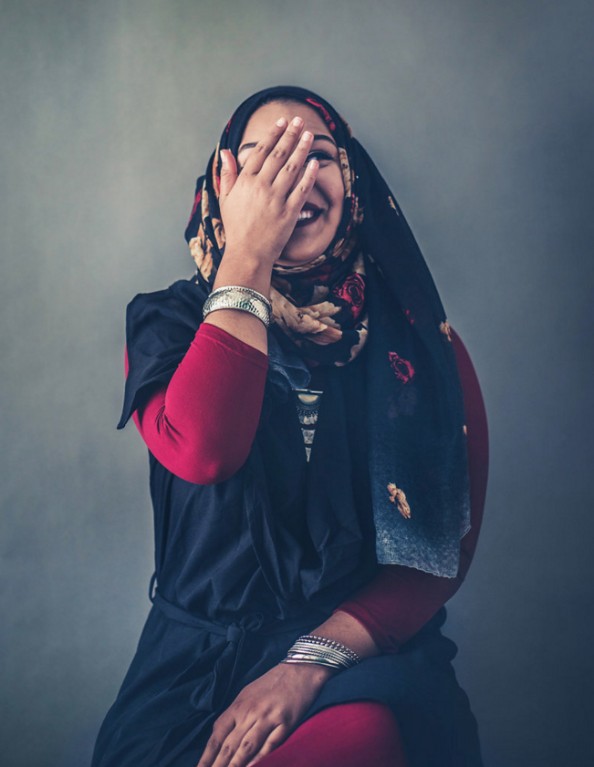 Subjects were quizzed on their day-to-day lives, and their hopes for the future.

“I want Muslims to be portrayed like more normal… like looking at the media, I can’t understand why we are always portrayed as either the good or the bad, the moderate or the extremists. Why can’t I be normal? Why do I have to be labelled as Muslim?… Why is my headscarf the first thing that you recognize about me? Why can’t we just be people?” asked 20-year-old advertising student Jiniya (above).

Others shared their disappointment in their home country, particularly as the presidential election ramped up in recent months.

“We are a nation of immigrants,” 17-year-old Mosammet told Bennington. “I will not stand my mother or my sisters being forced to remove their hijab and I will not stand my father and brother being called ‘terrorists’. I love life, but as an American citizen, I have never been so disappointed in America.” 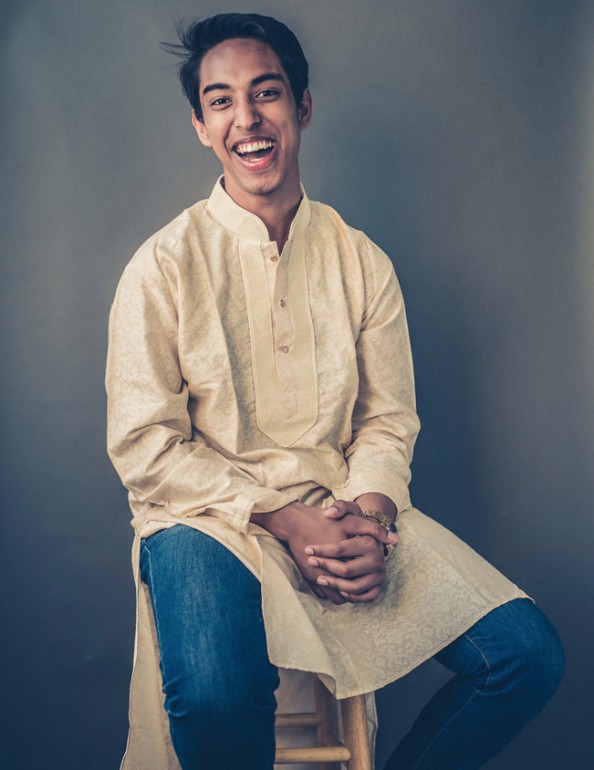 Makinoon, 17, a student at Brooklyn Tech High School: “Sometimes, you kind of feel scared with all this Islamophobia going on. Like, what if my friends, not close friends, but acquaintances turn their back on me just because I’m a Muslim? There was a time when I actually thought about not following my faith because of social pressure. But, I identify as Muslim and want to show that Islam is a beautiful religion.” 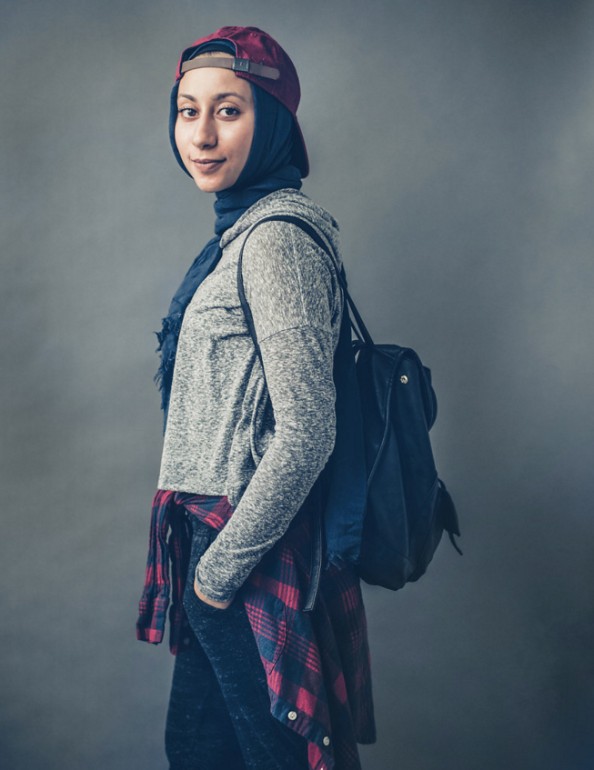 Hagar, 22, a health and science major at New Jersey City University: “My friends and I take aerial classes in Brooklyn when we want to get away from our routine. For a lot of people, they find it kind of odd when they see us doing it. We’re just showing that we do what everyone else does. Except in this case, we would wear our hijab in the turban style so it doesn’t fall off during class. But the staring still gets me annoyed. Because it’s awkward and weird. … So I also go swimming in the gym, and it’s male and female. I don’t mind. I have my running pants and swimming shorts on, and my surfing body glove. And I wear a turban or the swimming cap. And this lady was just staring from the time I walked in. And i knew it’s because of what I had on. But I was swimming! I didn’t really care much. But it was annoying. Every time I’d get up, I would notice her.” 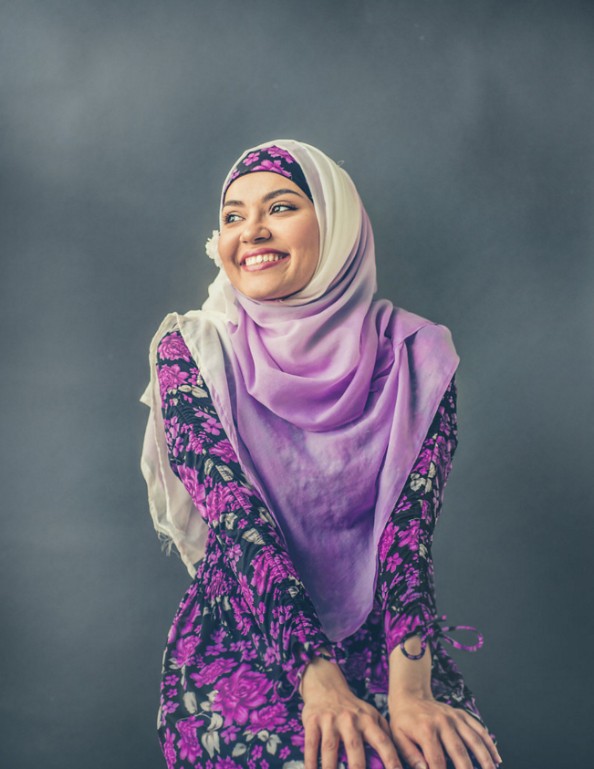 Sana, 25, fashion designer and CEO at Sana Hashmat Couture: “As a native New Yorker, I’ve been exposed to vast cultural backgrounds and my experiences, either personally or professionally (working on Wall Street after college) have definitely set the tone(s) to many of my designs. I think even though life can be restricted sometimes, creativity cannot be confined. For example, we were taught in Marketing that ‘sex sells’… I want to prove that you don’t need ‘sex’ to deceive or lure the consumer into buying your products. My motto is ‘GEM from am to pm’. Graceful. Elegant. Modest. I want woman (and men) to embrace their natural beauty without having to exploit it- so they can accentuate their individuality without compromising it. Isn’t that what being an American is really all about? Embracing your individuality?” 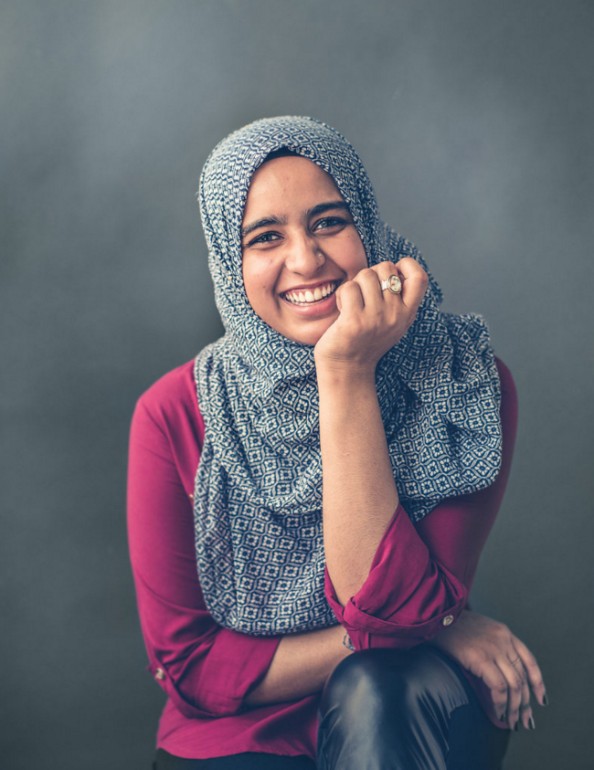 Sadaf, 17, pre-med student at Hunter College, author and co-founder/CEO of media company REV 21: “You have to have a seat at the table to make a real difference in society. We cannot expect change unless we are directly involved in making it happen. Unfortunately, regardless of America’s promise of equality, several groups of people feel cheated for their chance of achieving the American dream–of their chance to simply survive in America. With these thoughts and realizations in my mind, I decided to create my own chair and place myself at the table through my media company, REV 21 Media. Because when you are deprived of a chance to share your voice, you have to yell louder. And not just yell louder for yourself but for the several others who feel the same sentiments as you do. I pray that one day, I achieve my goals, and the platform I am creating with REV 21 rings true to its words and becomes a place for change and a means for creating an ‘America 2.0’ with the values of what America was always intended to be.”