Struggle To Play Sport In Your Hijab? Well, A Solution Is In The Making 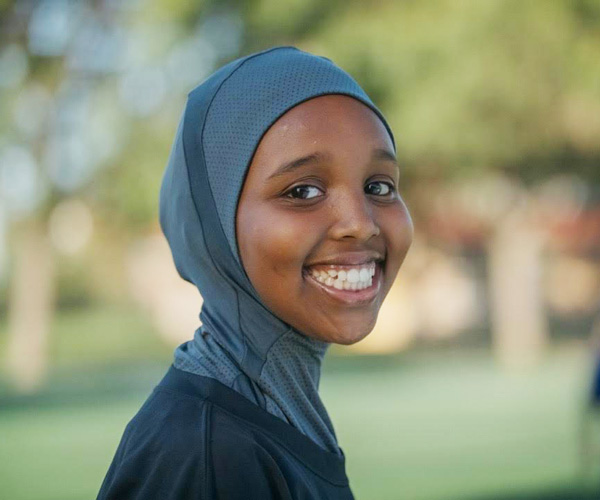 Find it tricky to get your hands on a sports-hardy form of traditional dress? Here’s the answer.

We’ve seen a surge in hijabi athletes in the mainstream media of late.

The Olympics saw four hijabi women from Saudi Arabia take on the volleyball court, showing that just because you’re covered doesn’t mean you can’t compete. And remember the hijabi marathoner that made the front cover of a US fitness magazine for the first time ever?

However, the clothing worn by Muslim women for cultural or religious regions can sometimes prove a barrier to participation.

Read:
Burkini-Wearing Teen Smashes Muslim Stereotypes At Pageant
Online Shopping In The Middle East Is About To Get A Big Shake-Up…
Queen Rania’s Australian Tour Wardrobe Is Seriously Sensational

Realising this, start-up company ASIYA have set out to plug the gap in the market with their workout-ready hijabs for Muslim athletes.

WHAT IS A SPORTS HIJAB?

ASIYA defines their line of hijabs as ‘culturally-appropriate activewear’, allowing Muslim women to take part in sports while still upholding their beliefs.

The company are creating three styles of headscarf – they’re called Lite, Sport and Fit, and will be available in four neutral colours. 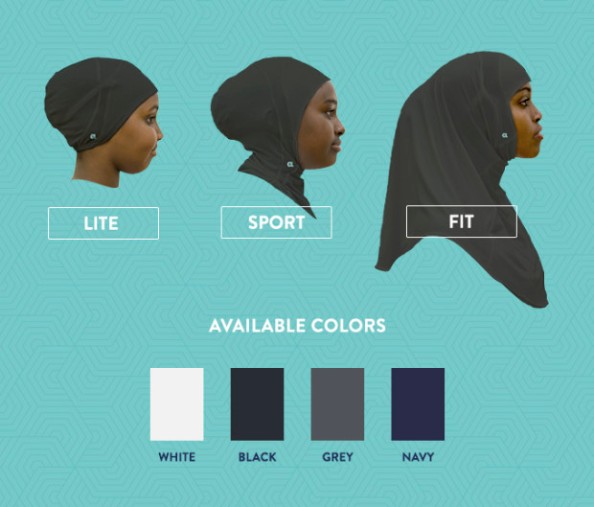 Both the Lite and Sport are designed to tuck inside a uniform to avoid inadvertent snags while playing.

The Fit works similarly, but will provide more coverage in the front.

All of the sports hijabs are sweat-wicking and breathable, keeping you cool and comfortable when the game gets going.

WHERE DID THE IDEA COME FROM?

One of ASIYA’s co-founders, Fatimah Hussein, has been working for the past 10 years in a community centre in Minneapolis, US, getting the local Muslim girls involved in sports.

The other co-founder, Jamie Glover, told Refinery29: “As the girls gained self-confidence and a love of sport, they wanted athletic uniforms that let them be active while upholding their religious and cultural beliefs. 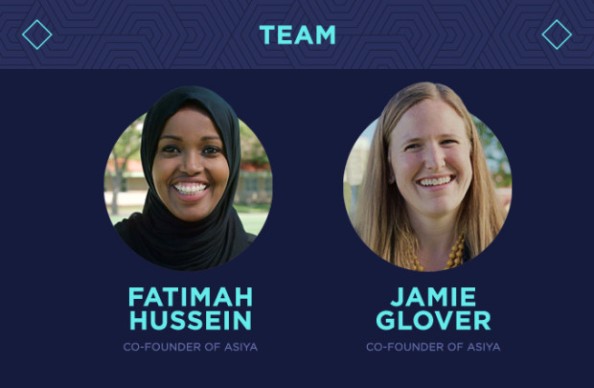 “Our mission is to enable physical activity and sports participation among Muslim girls and women. We believe that clothing can represent your beliefs and who you are as a person, and that clothing should enable your endeavours – not be a barrier.”

Read:
What A Trump Presidency Might Mean For The UAE (And Women Around The World)
Gigi Hadid Apologises For Her ‘Racist’ Impression Of Melania Trump
Six Times That Hijabi Models Made Global Headlines

HOW CAN I GET ONE?

The sports hijabs are not yet for sale in shops, however ASIYA do have an Indiegogo crowdfunding campaign where you can pre-order the item. It’ll be shipped worldwide in February 2017.

ASIYA have a few other products on sale to help fund their campaign, including bags, shirts, headbands and the option to sponsor an athlete.

Their Indiegogo campaign page can be found here.