How this app has transformed the fashion space globally 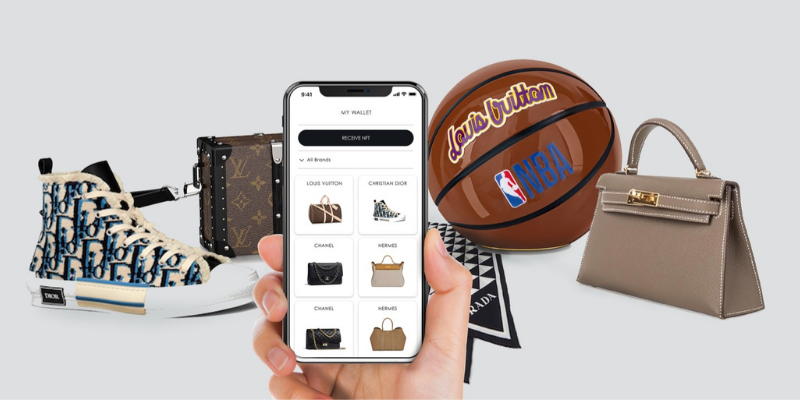 Driving a path for the future of the fashion industry, ORDRE is championing one-of-a-kind technological innovation to bring new designers and the most influential fashion retailers together. Founder Simon Lock talks us through the journey of ORDRE and how the pandemic transformed the virtual fashion space.

Can you talk us through your career prior to launching Ordre?

I started in the fashion industry with a Fashion Marketing Communications Agency in Sydney, Australia, which quickly led to working with a lot of fashion brands in Asia Pacific and then we also opened an agency in New York primarily working for a lot of the emerging Australian designers at the time. I recognised the need for really a fashion week to be held in the southern hemisphere, which there wasn’t any at the time – there was really only London, Paris, Milan and New York. So I said about the task of establishing a new stop on the international fashion week circuit, which was an Australian Fashion Week, which is just celebrated its 25th anniversary and really has introduced a lot of international retailers and fans to Australian designers. It was interesting though that part of my life, we really became the go-to company for developing fashion weeks around the world. And I was very proud of the fact that we were asked to assist on the development of Dubai Fashion weekend for a couple of seasons, I was the Creative Director of Dubai Fashion Week, which was a fantastic opportunity. Then, about eight or nine years ago, we really thought that the industry really needed to move much more rapidly towards digitisation, and we sold our physical build businesses, and we started to focus exclusively digitally. And since then, the old group has launched down three technologies, specifically for the luxury fashion industry, Ordre virtual showrooms, which are day-to-day virtual showrooms, which allow buyers to place orders for wholesale collections without having to fly all around the world to appointments. Also all 360-degree technology which is 360-degree view technology is now used by everyone from Louis Vuitton through to Alexander Wang and is probably the default technology in that business. And then we are just working on our new very exciting technology, which is an NFT marketplace called authentic. And this will hopefully be the definitive fashion NFT marketplace. 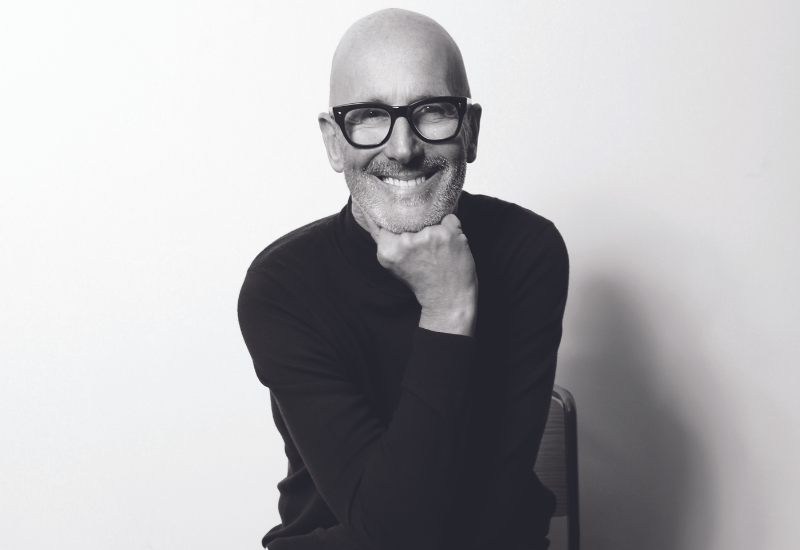 You launched Ordre in 2015 and it really is a game-changing concept. Where did the inspiration for the concept come from?

The inspiration for Ordre really came from seeing the demise in buyers turning up at Australian fashion week come following the financial crisis, we saw the number of international buyers really plummet. And I just thought, well, there needs to be a better way for designers to be able to present their collections to buyers, particularly when buyers can’t travel. So that status on the pathway developing or virtual, we will probably be ahead of the curve in developing web-based virtual showrooms. And it really took a pandemic for the industry to really embrace this new technology because all the buyers couldn’t travel anymore. But designers still had a need to be able to present new season’s collections. So virtual showrooms are now a must-have for every major fashion designer in the world. And I’m really pleased that we’re the industry leaders in this sector.

How have things evolved since you launched Ordre?

Well, I think it’s interesting, I think the speed of digitisation has really accelerated. I think the pandemic has really been a major factor in that the fashion industry are wild prides itself on its innovation and creativity is really has been really slow to embrace new technologies. But I think when they were disconnected physically from their customers, during the pandemic bet consumer customers or their retailers that sold their product, they realised how important digitisation was in every part of the business. And we’ve seen a huge acceleration in the last 24 months.

How have you seen the technology being used by Ordre further enhance the relationship between designers and fashion retailers?

I think what’s really important with old virtual showrooms is for over a while to build a beautiful showroom. But you really got to understand the product that’s in it. And we developed our old 360 tech which really allows buyers to come into a virtual showroom and to see products in 360 to spin them around to see every aspect and to be able to zoom in on the detail. So this is really what made the buyers feel very comfortable about placing wholesale orders. We’ve now seen a lot of designers that we work with, particularly people like Luber time, really embrace all 360 in e-commerce because it’s just as applicable for consumers. Consumers want to understand the product and be more engaged online. And so we’ve seen great growth in all 360 minutes slowly.

What have you noticed when it comes to the Middle East and market in terms of fashion?

Yeah, well, I think it’s absolutely undoubtedly that, you know, the Middle East Market is a very influential market. affluent, and sophisticated. There’s a great love affair with the luxury brands, there’s a great understanding of the DNA of the fashion houses and the histories of the fashion houses and the love affair with the fashion houses. It’s a very, very important market from a retail perspective, and from a wholesale perspective. And that is evident by the flagship stores that are throughout the Middle East, the pop-ups and the events that constantly happen in engaging consumers, not just in the Middle East, but also when they travel to other important markets as well.

In business, what is the philosophy you live by?

I think just to be transparent, and to have integrity, and to be enthusiastic with what we’re about, you know, we’re always very excited when we’re speaking to new customers about our products. I think that enthusiasm, and our passion for what we do, really comes across well and I’m very proud of the fact that we have a great reputation with our customers.

What are the key lessons you’ve learned throughout your career?

I guess the biggest key lesson is not to be too early to market with new innovation because it takes a while for the industry to follow. I mean, right now we’re launching the world’s first global authentic fashion marketplace, which is for the first time consumers will be able to come and buy wearable, digital fashion for their social media, and eventually the Metaverse. It’s a very, very ambitious project. I’m really hoping that we’re not too early to market. But I think there’s such interest now in what’s going on within FTS and digital fashion that, hopefully, we’ll be able to put a stake in the ground and establish ourselves as a global industry leader in this area. 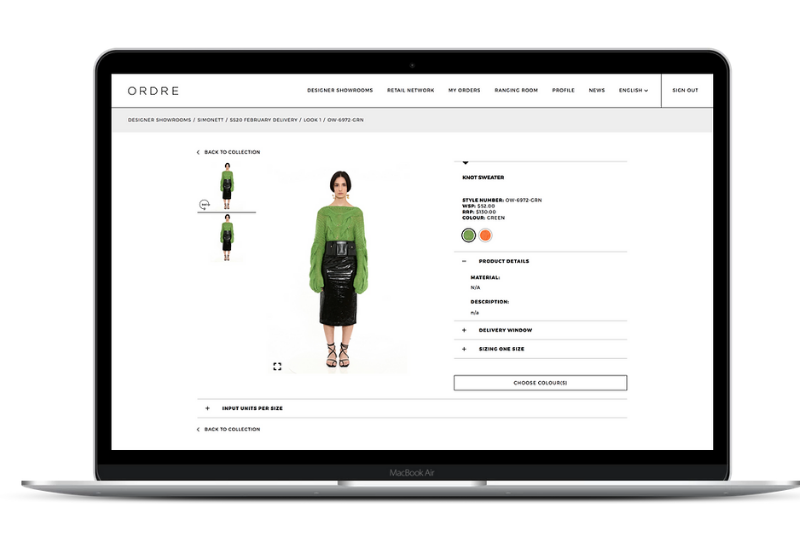 What are the hurdles you’ve had to overcome throughout your career?

I guess the biggest hurdles we’ve had to overcome is just the reluctance for the fashion industry to change the way it does business. That wouldn’t be the biggest thing. I mean, the fashion houses have a system, that system has been in place for a long time, they have a staff structure around that system, and there’s a status quo around that system. So when you come up with new business practices, it’s hard for the fashion houses to change quickly. So that would be some of our frustrations and some of the hurdles we’ve had to overcome.

What have been the key milestones?

Well, I think, you know, when we got the first designer to sign up to Ordre virtual was actually the very credential Jonathan Saunders back in the day – that was an incredible milestone. It really was a domino and we very quickly started working with a lot of the leading designers around the world including Gucci. So that was definitely a milestone. And I think when we saw Louis Vuitton use our old 360 technology that was an incredible, proud moment for the whole company, to think that that brand was embracing our technology. So I think there are two important milestones and certainly coming up in June of this year when we launch the authentic marketplace, which is definitely going to be a major milestone in our business’s development.

This is ‘The Future Issue’ – what do you envision for the future of Ordre?

Well, I think more and more we’re going to become involved in technologies that are powering the Metaverse. The Metaverse is going to be an aligned universe to the physical world, which is 3d, where you can create an avatar, a likeness of yours. So for someone completely different yourself, and you can move around in a virtual 3d world, you can go shopping, you can go to concerts, you can go to bars, you can meet people, you can chat with your friends. You can build a home and have all your family around for dinner around the table, even though they might be spread around the world. The Metaverse is going to be such an exciting new place for us as humans to engage with each other. We’re not constrained by that by the physical world. So I’m very excited about this. And I’m also very excited about our technology role in helping to dress people in the Metaverse and this is a terribly exciting time to be alive in fashion.

Fashion
Everything you might have missed from Paris Fashion Week
1 day ago
ADVERTISING
Copyright © 2022 Motivate Media Group. All rights reserved.