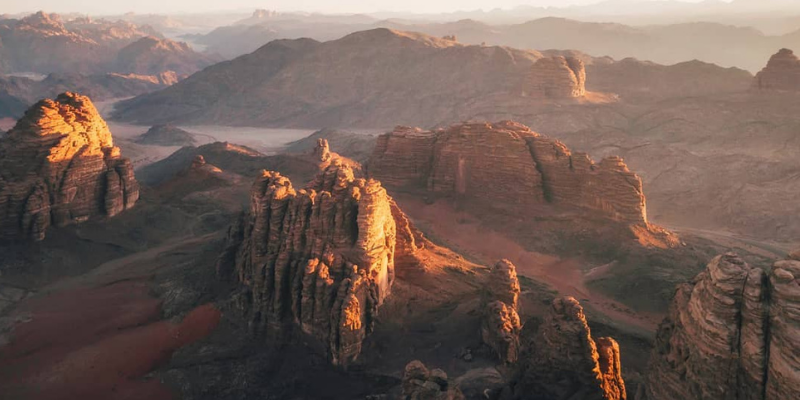 As Saudi Arabia continues to make strides, the NEOM: Made to Change advertisement has recently been nominated for the 26th Art Directors Guild Awards.

This esteemed awards ceremony is set to take place on March 5, 2022, at the Intercontinental Hotel in Downtown Los Angeles. Conducted as an in-person event this year, it will celebrate the power of onscreen films and talented directors in the industry.

This awe-inspiring programme will present awards across several categories including animated feature films, television shows, commercials and production design in theatrical motion pictures, to uplift and honour the filmmaking industry, of which it has recognised the Kingdom of Saudi Arabia.

This empowering 90-second short film that has been nominated, portrays how human needs have progressed over time, however shouldn’t be limited to a certain span of time. From technological innovations to being surrounded by nature, all these lifelong elements are a staple in ones’ life and should continue to be a vital component, even when stepping into the future.

Other nominations for the commercials category include Gucci Aria, Apple: Introducing iPhone 13 Pro and much more. With each video in this section standing a chance to win this noteworthy award.

The commercial production designer François Audouy has been nominated for his remarkable work and is also a frequent collaborator with renowned names in the industry.

As several developments continue to blossom in The Kingdom, NEOM is the latest amongst them. This $500 billion smart city project, continues to supersede innovation through its technologically advanced systems and climate-conscious measures.

With the project gaining worldwide momentum, it’s described as a new vision of what the future could be.