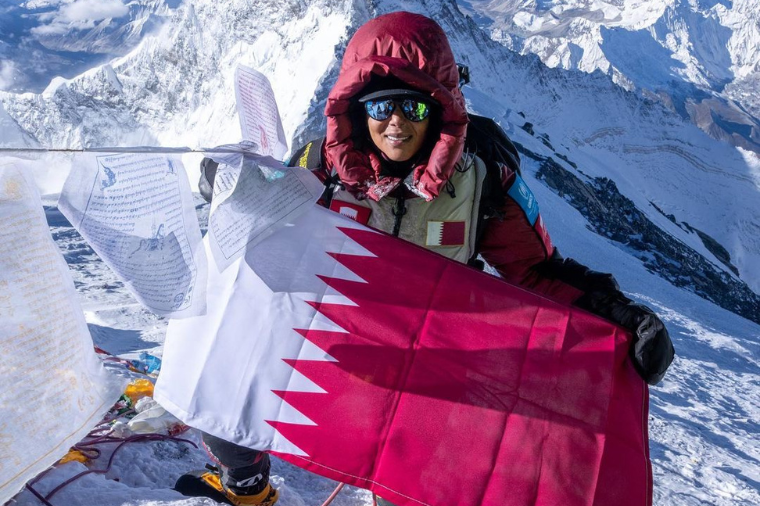 Her Highness Sheikha Asma Al Thani of the Qatari royal family has just made history.

Sharing the moment she made history on Instagram, Sheikha Asma encouraged everyone to “dream big” and to not give up.

“Don’t be shy to dream big,” she captioned the post. “Once you do, you have a commitment to do everything you can to make it happen.

“It has taught me that no matter the struggle, what you want and how much you want it matters.”

The Mount Everest expedition was made as a part of a huge Al Rihla – or journey – ahead of the FIFA 2022 World Cup, set to take place in Qatar, making it the first Arab nation to host the sporting event.

Sheikha Asma is no stranger to adventure. As a trailblazer in the world of sport, the royal has previously scaled several peaks including Mount Aconcagua in South America which stands at 6,959 metres above sea level and Mount Kilimanjaro in Africa which reaches 5,895 metres.

By breaking the mould, she continues to be an advocate of female empowerment in the region.