This photo from Sheikh Hamdan shows exactly why we love Dubai 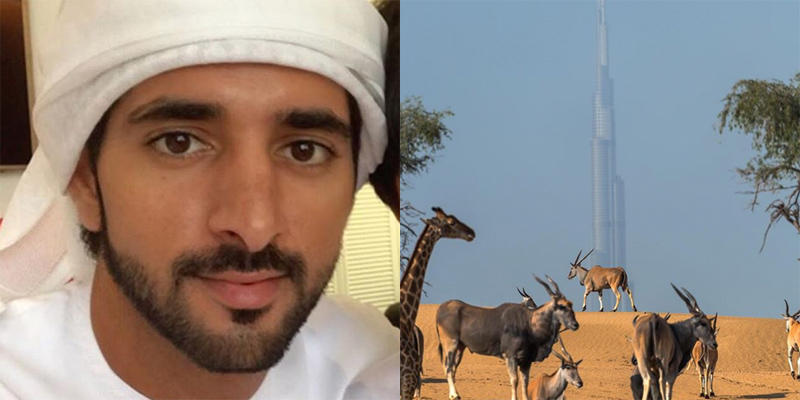 It’s all about contrast.

HH Sheikh Hamdan bin Mohammed bin Rashid Al Maktoum is a man of many talents. Where else in the world can claim their Crown Prince as an animal whisperer, a cave diver and the man behind a campaign to get a whole city moving?

The 35-year-old is also passionate about photography, and with his latest picture, it shows.

Read:
This tiny (and gorgeous) restaurant has the royal seal of approval…
Why Sheikh Hamdan wants us to spend a day volunteering

On Tuesday, Sheikh Hamdan shared a shot of the Burj Khalifa seen from the desert, complete with several oryx and a giraffe.

We’ll let you have a proper look:

Pretty special, right? We love the contrast of natural beauty and manmade. Desert pics and shots of the Burj are two of our favourite things, and here’s both in one.

Speaking of, the Crown Prince only passed that milestone in the last week or so. He’s also been named one of professional social network LinkedIn’s top influencers, joining Sir Richard Branson and Arianna Huffington.

All in a day’s work when your name is Sheikh Hamdan, we’re thinking.

In other Instagram news from Faz, he recently dined at the tiny Japanese restaurant inside Dubai Opera.

We’re thinking you might need to book a little bit in advance if you’re after a pre-show meal at Kohantei now. The royal seal of approval tends to drive up a waiting list…