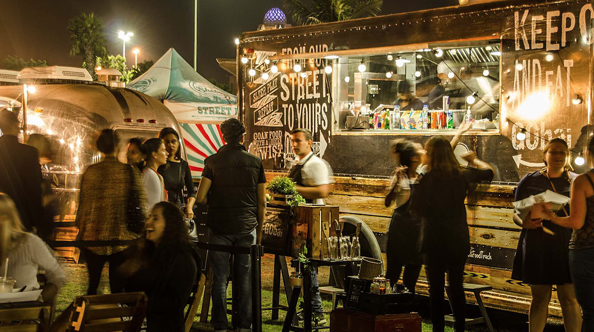 Dubai has a staggering array of fancy, fine-dining restaurants, but some nights you just want somewhere low-key where you can dig into some messy finger food.

Luckily a new pop-up should fit the bill – an indoor food truck park in Al Quoz.

Six motors serving up some of the city’s favourite indie fare will be moving into Warehouse Four, where they’ll be dishing up plates to hungry visitors seven days a week.

The excellently named Hangry Hangar is open from 8am to 11pm on Sundays to Wednesdays, and until midnight on weekends – but be quick, the event is only here between August 10 and September 3.

Read: This Might Be The Best Pop-Up Dubai’s Ever Seen
Read: Ever Had A Misunderstanding With A Taxi Driver? This Should Help
Read: This Is The Surprise Spot Where You’ll Find Tom & Serg’s New Eatery

And it’s not just the food set to win over punters – there’s also free wifi and an abundance of air con, so it’s literally one of the coolest, outdoor-feeling spots in town.

Nothing beats our #shrimptacos one of our best sellers. Served best with an ice cold #jarritos and a little bit of #cholula #tacos #calletacosuae #mydubai #dubai

When it comes to the trucks, the eateries represented are Onion Caramel, The Marigold Baker & Co, Gobai, Yumtingz, Calle Tacos and The Shebi – plus there’s also live music in the evenings. 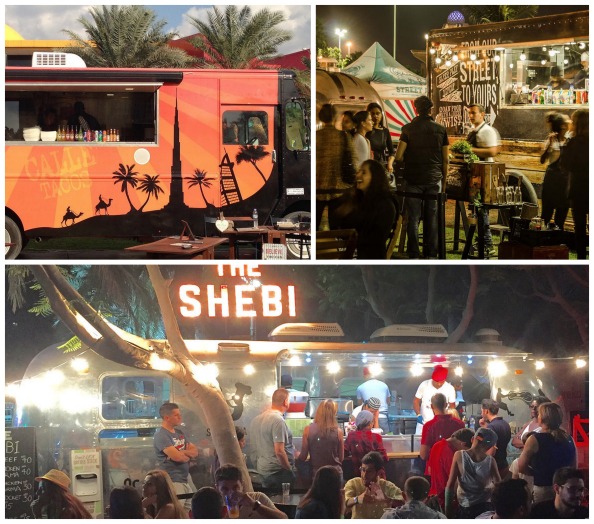 You’re likely to find American-inspired offerings like tender beef sliders or loaded burgers and truffle fries at Onion Caramel and Yumtingz, whereas Calle Tacos heads further south with a Mexican menu of tacos, nachos, burritos and the like.

Those with a sweet tooth (or a caffeine addiction) will want to hit up The Marigold Baker’s coffee and cake selection, while you can’t go wrong with lunch at Indian-Lebanese fusion truck The Shebi (the pulled beef sandwich is a standout). If you’d rather more traditional Indian food, then Goan-influenced Gobai should be your stop (think lamb vindaloo served on flatbread).

We’re hungry just thinking about it…

Hangry Hanger will be at Warehouse Four, just off Sheikh Zayed Road, Sundays to Wednesdays from 8am to 11pm between August 10 and September 3. facebook.com/hangryhangar