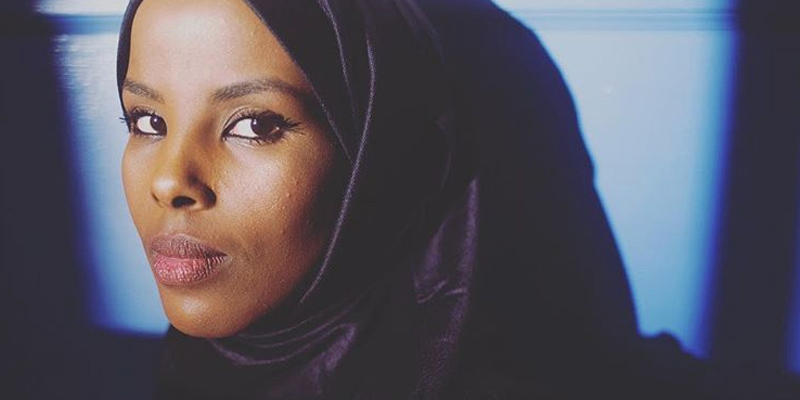 Model and activist Hamdia Ahmed has become the first person in her family to graduate from university.

The 21-year-old shared her joy on Twitter over her success, being the first one out of her father, mother and siblings to obtain her Bachelor’s degree, which she received from the University of Southern Maine.

It’s an incredible achievement for the model, as for the first seven years of her life she was a refugee in Kenya. Ahmed’s mother was nine months pregnant with her when she was forced to flee Somalia with her four elder siblings.

The family eventually moved to the USA in 2005.

Now having graduated from university, Ahmed reflected on her struggles and the struggles of her family, her mother in particular.

“Twenty-one years ago my mother gave birth to me while she was escaping from a civil war,” she said. I spent the first seven years of my life in a refugee camp. My parents sacrificed so much for their kids.

“Today, I became the first person to graduate from college in my family.”

The university graduate also shared two photos – one of herself holding her degree and one embracing her mother.

Back in 2017, Ahmed became the first hijabi contestant to enter the Miss Maine pageant with the aim to break down stereotypes of Muslims and to have more representation in such events.