This Georgian designer is behind the sunglasses you’re seeing everywhere 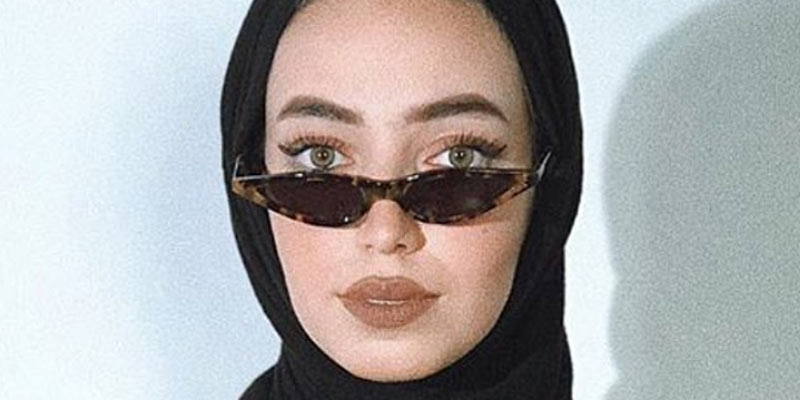 We’re always thrilled to hear of a designer from our part of the world doing well. Just last week we rounded up 10 to keep an eye on, and regular readers will know how much we love it when international celebrities wear Middle Eastern labels.

So in that spirit, we thought it was time to show Georgian designer George Keburia love.

The Tbilisi Fashion Week regular started his label in 2010, but it’s in the last six months or so that his signature sunglasses have found some very high-profile fans.

Keburia’s skinny frames are very much of-the-moment, as a quick look at who’s worn them reveals. Rihanna wore them for a Dazed editorial in the winter of 2017 and Man Repeller founder Leandra Cohen has multiple pairs in rotation.

While their public personas aren’t exactly in line, both women love fashion for fashion’s sake. You’ll see them both in garments and accessories that aren’t exactly pretty, but are amazing from a design point of view.

That makes them classic Keburia customers.

“Strangely, a lot of our customers say that the glasses do not suit their face, but they still buy them,” the designer told Dazed in January. “I think the reason is that it gives them a stronger aesthetic and makes them feel more confident.”

That instantly recognisable shape – seriously, if you haven’t already clocked Keburia’s specs, you’re about to start seeing them everywhere – means they may as well have been made for Instagram.

“I wanted to mix an iconic cat eye silhouette with a more futuristic aesthetic to create shades that are equally classic, edgy and modern,” Keburia told the magazine.

It’s clearly working. Gigi Hadid has been spotted wearing them:

And so has uber-cool fashion blogger Leena Al Ghouti:

The list really does go on. Kourtney Kardashian, models Slick Woods and Elsa Hosk, and musician Solange Knowles have also been photographed in the brand’s sunnies.

Keburia’s clothes are very much worth a look, too. With 70s and 80s silhouettes and inspired details, the designs are offbeat and very cool.

If the sunglasses are a for people to find his brand, we’d say Keburia is probably pretty happy with that.