This Female Barber Is Changing The Game At This Dubai Salon 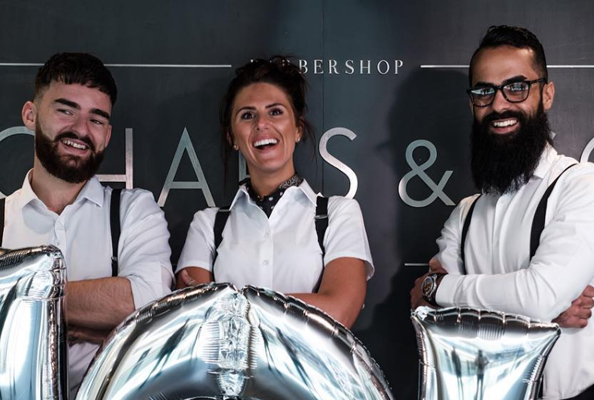 She’s only been in Dubai for a few weeks, but already Samantha Lloyd is changing the face of hairdressing in the UAE.

The 29-year-old stylist has become the first female barber in the Emirates after a long-established law was challenged by her employers.

The Welsh woman, who arrived in Dubai last month, works at the newly-opened d3 branch of Chaps & Co alongside two male barbers.

Read:
Five Foundations That Really Won’t Budge During A Humid Summer
Bookmark This: Here Are The Best Facial Treatments In Dubai

According to the Dubai Government’s Public Health & Safety Department, “females are not allowed to work/be present in barbershops”, unless they’re in four-star or more hotels.

However Chaps & Co managed to secure Lloyd with the first licence issued to a female barber – and says the move was even welcomed.

#TT to the The infinity Barber room Pop Up 💡💈@d3dubai one month on our new Barbershop is Open 📍 d3 Bldg 6 Book online 👉🏼 www.chapsandco.ae #PopUpKings #KeepItHandsomed3 #Chapsd3

“Obtaining approvals from our business partners at d3 was straightforward and the idea was encouraged,” the chain’s owner Jordan Davies told The National.

“Our female barbers were recruited specifically for our Dubai Design District location, which as a community that boasts creativity and innovation and all things ‘different’.

“At Chaps & Co, we’re not proto-feminist; if females happily visit male hair stylists, why wouldn’t the reverse be true?”

Lloyd, who’s worked in the UK and Australia, revealed she’s so far had one customer who was a little taken aback at first – but later revealed he’d be back as a regular customer.

Read:
The Best Smudge-Proof Concealers To Keep You Covered This Summer
OK, This Might Just Be The ‘Coolest’ Thing We’ve Seen In Dubai

“They were like: ‘I can’t believe this is a lady cutting my hair’!” the barber told Wales Online.

“But afterwards they rang up the owner and said it was the best service they had ever had.”

According to reports, the barbershop will welcome a second female barber later this year.