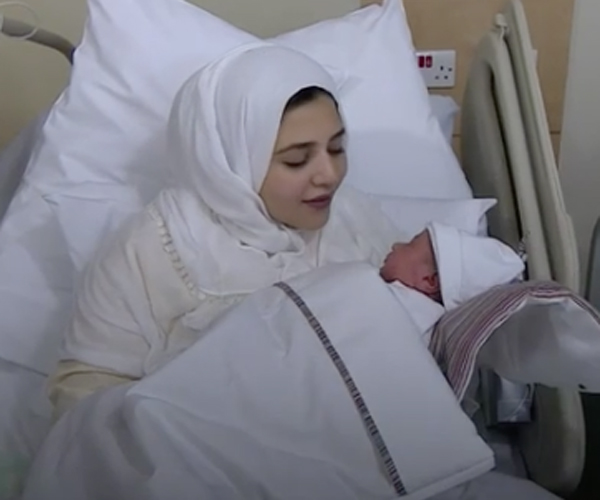 When Moaza Al Matrooshi had to undergo chemotherapy at the tender age of nine, there was a chance the aggressive treatment could damage her fertility.

The Dubai-born woman was diagnosed with a deadly blood disorder as a child so, as a preventative measure, doctors removed and then froze parts of her right ovary.

And now, 15 years later, Al Matrooshi has given birth after having her fertility restored using the tissue removed before puberty – a world first, it is believed.

The preserved sample, which had been stored under liquid nitrogen in the UK, was implanted back in the 24-year-old last year, and following IVF she fell pregnant.

Read:
A Dubai Fertility Clinic Is Offering Refunds If IVF Is Unsuccessful
What You Need To Know About Fertility In Your 20s, 30s And 40s

Al Matrooshi, who gave birth to her son at London’s Portland Hospital, told the BBC “it’s like a miracle”.

“We’ve been waiting so long for this result – a healthy baby,” said the new mum, who had to undergo a bone marrow transplant to treat beta thalassaemia as a young girl.

“I always believed I would be a mum and that I would have a baby.”

The successful treatment is now offering fresh hope for other childhood cancer sufferers, with Dr Sara Matthews telling the BBC the procedure is “a huge step forward”.

“We knew ovarian tissue transplantation works for older women, but we’ve never known if we could take tissue from a child, freeze it and make it work again.”

Al Matrooshi, who still has an embryo and pieces of ovarian tissue in storage, plans to have more children in the future.