This Thursday marks International Women’s Day, and Emirates are paying tribute to their female staff in typical sky-high fashion.

The Dubai-based airline put an all-female crew on a recent flight from the UAE to San Francisco, with the entire mission prepared and operated by its female employees.

Read:
Guess which mega A-lister is currently shooting in the UAE…
Saudi women can now work as tour guides in the kingdom

Canadian captain Patricia Bischoff and British first officer Rebecca Lougheed took the reins on flight EK 225, the airline revealed in a video they shot for the occasion.

The behind-the scenes clips show an all-woman team working on ‘above wing’ and ‘below wing’ activities before the A380 took off for the States.

The cabin crew was led by Weronica Formela from Poland, while teams such as catering, security and flight dispatch were entirely female.

“Every flight that we operate needs an entire ecosystem of staff from a number of business units to come together and work seamlessly. Emirates is proud that we have women represented in all these key functions,” said Abdulaziz Al Ali, executive vice president of HR at Emirates.

“Women have been part of the Emirates success story from the start and on International Women’s Day we celebrate their extensive contribution to Emirates and to the broader aviation industry.” 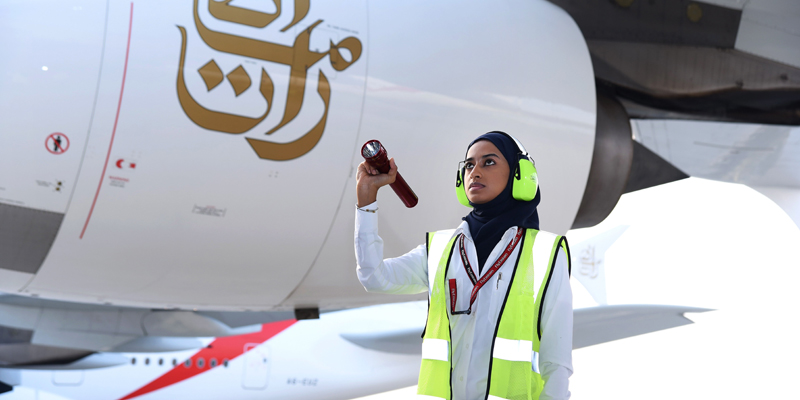 Overall, 75 women representing more than 25 nationalities worked on the flight, the airline revealed, adding that 40 per cent of Emirates’ entire workforce is female.