This Business Bay restaurant just got the royal tick… 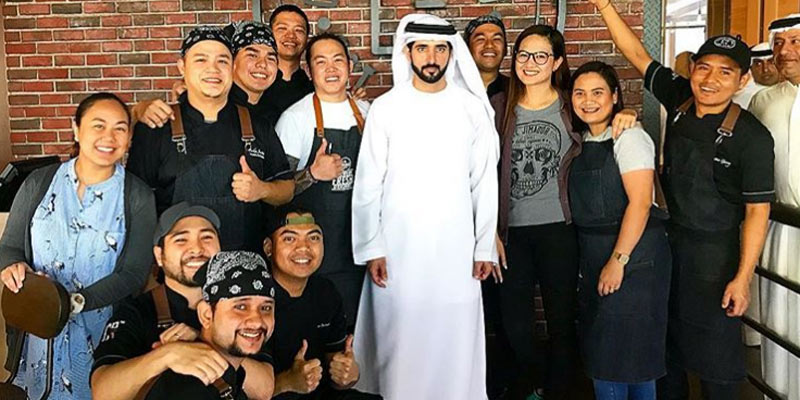 Cuisinero Uno were thrilled to host Sheikh Hamdan for lunch.

We’re not short of places to grab a bite to eat in Dubai, but they don’t all come with the royal seal of approval.

Read:
Sheikh Hamdan popped round to this Emirati woman’s house for lunch
This tiny (and gorgeous) restaurant has the royal seal of approval…

The Crown Prince of Dubai and Chairman of the Dubai Executive Council swung by Cuisinero Uno for lunch on Thursday, much to the delight of the restaurant’s team.

What’s even cooler is that Cuisinero Uno is a Dubai original, rather than an imported concept from overseas. Chef John Bueneventura is at the reins, and he’s built an inventive, off-beat menu full of creativity and flavour. He’s been in Dubai since 2007.

Thinking about heading down? You can expect truffle mac & cheese, steak tartare, and a vegetarian version of a beef carpaccio that really needs to be seen first-hand.

Thinking about following suit? We can’t say we blame you. Cuisinero Uno is located in the Steigenberger Hotel, and they’ve just launched a Friday brunch that is a must for any heavy carnivores down that end of town.

And hey, if you happen to bump into the Crown Prince, so much the better.