This Bollywood Legend Just Made The Best Surprise Visit In Dubai 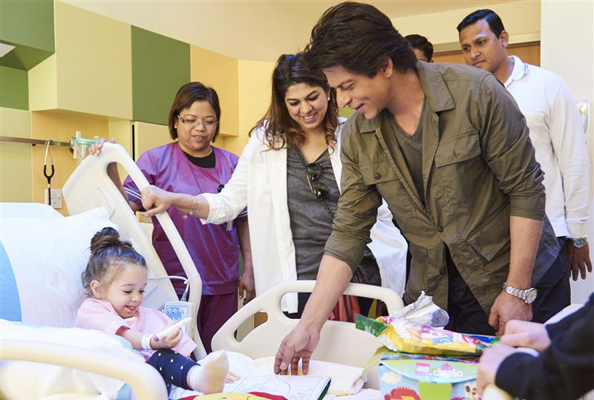 When it comes to bedside visitors who are sure to lift your spirits, this one’s hard to beat.

Shah Rukh Khan – AKA one of Bollywood’s most recognisable faces – made a surprise visit to Dubai’s Al Jalila Children’s Specialty Hospital on Sunday.

And, unsurprisingly, the young patients looked just as chuffed with his appearance as we would.

The legendary actor is currently in the city to film a follow-up to the wildly successful #BeMyGuest campaign shot with Dubai Tourism last year, but has been making the most of his free time between filming. 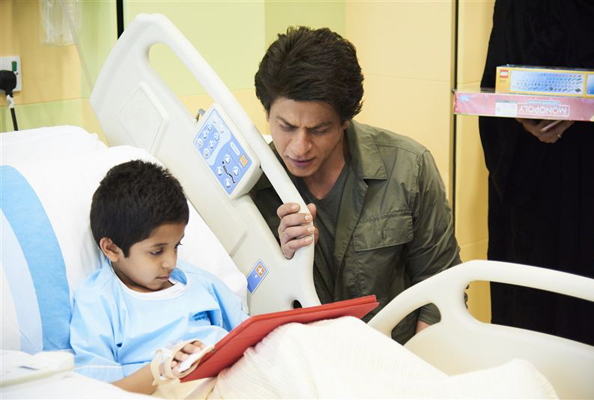 The superstar toured the country’s first paediatric hospital in the spirit of the UAE’s Year of Giving, and spent time mingling with its residents.

The hospital was launched by HH Sheikh Mohammed Bin Rashid Al Maktoum, Vice-President and Prime Minister of the UAE and Ruler of Dubai, and is named after his daughter.

So, what’s SRK in town for?

Khan first turned tour guide for the emirate last year, when he starred in an advert by the Dubai Corporation for Tourism and Commerce Marketing called #BeMyGuest.

In the promo, the actor surprised unsuspecting fans as they went about their day in Dubai.

From Skydive Dubai and Kite Beach to The Dubai Mall, the actor delighted visitors around the city’s top attractions during the three-minute video.

Now Khan is shooting a follow-up after landing in Dubai on May 6 – it’s not known exactly what the new advert will entail, but it’ll be made by director Kabir Khan.

Read:
Where Justin Bieber Stayed (And Where He Partied) In Dubai This Weekend
OMG: Ed Sheeran Is Coming To Dubai For A One-Night-Only Show

SRK will “shine a light on the multidimensional and multicultural character” of Dubai in the upcoming promo, according to a Dubai Media Office statement.

“I am not an advocate for Dubai because I have done Dubai Tourism films, I genuinely like being in Dubai, I think it’s a really wonderful place, it’s a fantastic city…It has everything for everyone,” said Khan as he touched down at DXB.

And if Khan, who owns a home in Dubai, is dropping any hints with his latest Instagram upload, The Dubai Mall could play a starring role.

The actor visited the shopping destination’s aquarium, and shared a snapshot on his social media accounts.

It was just the fish & me…till these photo bombers floated in!!

“It was just the fish & me…till these photo bombers floated in!” Khan captioned the image, referencing the two divers pictured behind him.

Will he be joining them in the tank? We’ll have to wait and see…