Beauty Blogger Perfectly Works Her Hijab Into Her Halloween Costume 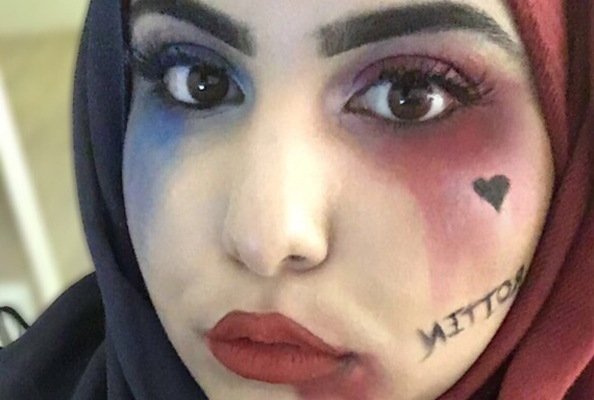 With her starring role in one of this year’s biggest blockbusters, there’s bound to be thousands of Harley Quinns roaming the streets this Halloween.

However one woman’s costume is going to be a little bit different to most.

Makeup artist Nora Belk has been heralded online for incorporating her hijab into a take on the Suicide Squad villain, played by Australian actress Margot Robbie.

“I wear a hijab and this is my Halloween make-up for this year… [I’m] calling it ‘Halal-ey Quinn’,” the 21-year-old blogger wrote on Reddit. 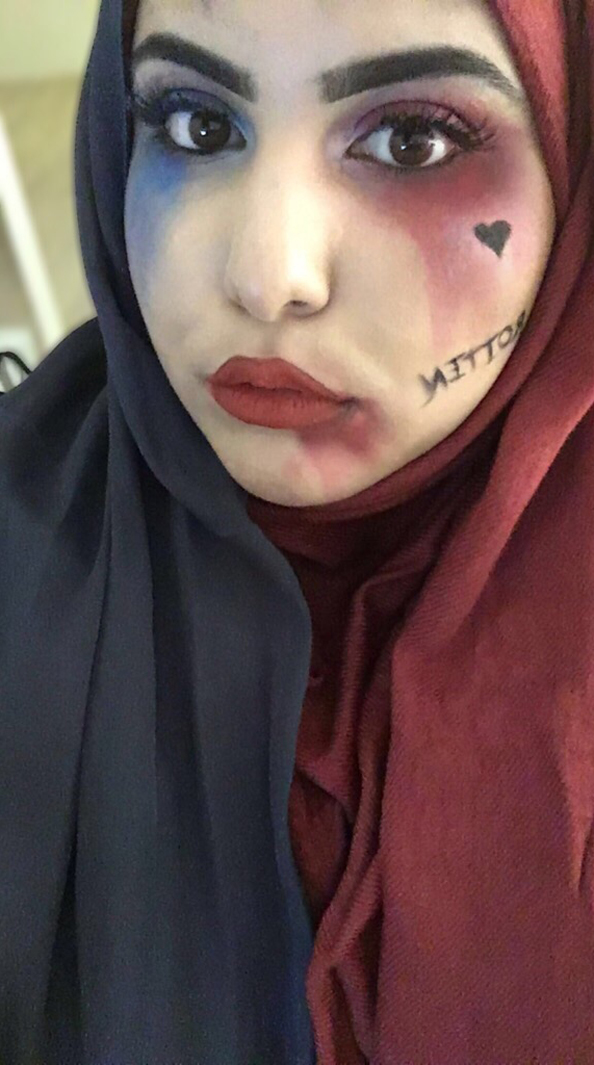 Read:
The 10 New Cult Beauty Buys You Need In Dubai
Online Shopping In The UAE Is About To Get A Lot Better…
VIDEO: Middle Eastern Beauty Throughout The Years
Beauty Blogger Sparks Debate By Donning Hijab In Eid Tutorial

In an accompanying selfie, gone were Quinn’s distinctive blue-and-pink tinged platinum pigtails – instead, Belk opted for a dual-hue headscarf.

Her look proved a hit on social media, winning her much praise from commenters.

“If you can work a pun into your Halloween costume and stick to your religious beliefs and dress up as something topical, I’m super impressed,” wrote one fan on Reddit. 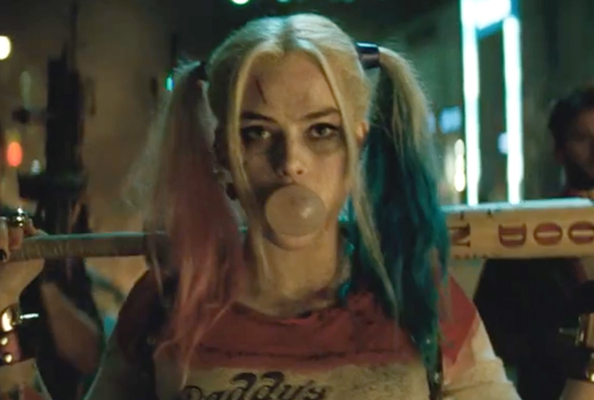 Margot Robbie as Harley Quinn in this year’s Suicide Squad.

Belk revealed she made the hijab from two existing ones she had in her wardrobe – and says she sees the traditional covering as an expression of freedom.

“I’ve always had a thing for make-up, so when I decided to wear the hijab it just came naturally to incorporate it in the looks,” she told Pedestrian.tv. “It’s a part of my identity and who I stand for, so I wear it proudly.

“Especially with social media things like this surprise people, often people see the hijab as oppression but for me it’s freedom. And I thought it was a good way to share those feelings through make-up and cosplay like this.”

Read:
Muslim Blogger Creates A Range Of Hijabs For Every Skin Tone
Hijabi News Presenter Sparks Controversy After Posing In Playboy
5 Most Common Stereotypes About Women Who Wear Hijabs

However not everyone has been won over by her look, and Belk admits that she was subjected to many critical comments.

“The comments that I should take [the hijab] off to cosplay surprised me,” she said.

“Some kept telling that I should get more accepted if I showed more skin, that’s weird to me. And that I am oppressed even though I am being creative and I chose to wear the hijab myself.

“Love for all religions and races, and understanding is the key.”

We couldn’t have said that last part better ourselves.