These throwback wedding photos from Middle Eastern royals are beautiful 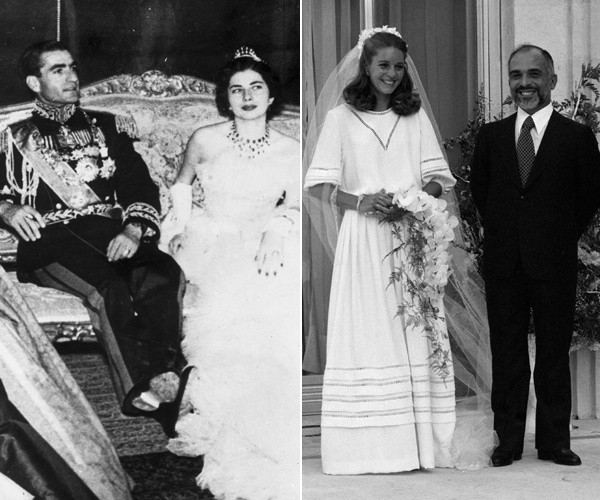 We’ve dug back through the archives to unearth some stunning images from the 1930s to the 1970s.

Wedding photos don’t always age well (as those of us with parents who married in the ’80s well know), however some never go out of style.

These regal nuptials from the 20th century are proof of that, with queens and princesses from across the Middle East donning elegant gowns that should still inspire many a bride today.

Here, we’ve pulled together some of the most evocative snapshots from royal weddings past for you to pore over…

Read:
Hold Up, This Might Be Michael Cinco’s Most Stunning Wedding Dress Yet
7 Of The Most Stunning Royal Wedding Gowns Dreamt Up By Arab Designers 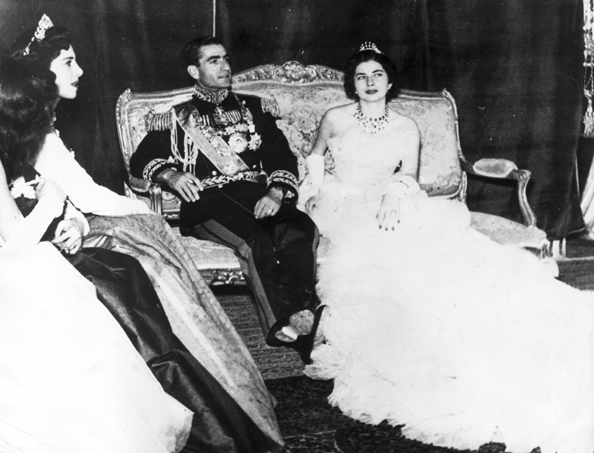 For bridal gown inspiration, you can’t beat the frothy Dior number Soraya Esfandiary-Bakhtiari wore when she wed Shah Mohammed Reza Pahlavi in 1951. The bride, whose father was an ambassador, wore a 22.37 carat diamond engagement ring along with the feather-and-pearl-trimmed, custom-designed gown. The couple, who had around 2,000 guests at their wedding, divorced after seven years of marriage, and Princess Soraya went on to enjoy a career as an actress. American-born Lisa Najeeb Halaby became Queen Noor when she married Jordan’s monarch King Hussein in 1978. The couple tied the knot in Amman in a traditional Muslim ceremony, with the bride donning a floor-length embroidered gown and sweeping veil. The Princeton-educated queen, who is a passionate advocate for human rights and peace-building, had four children with King Hussein before his passing in 1999. To this day, the royal continues to work with and support humanitarian organisations as queen dowager. 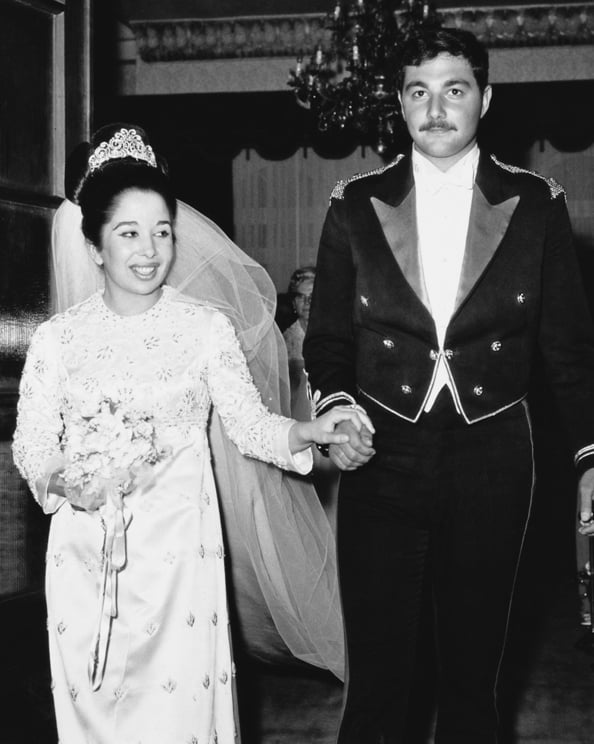 The only daughter of Jordan’s King Talal and Queen Zein wed Baghdad-born Timoor Daghistani in 1970. The Oxford-educated bride, who is the sister of Jordan’s late King Hussein, had two children with her colonel husband before they divorced in the late 1970s. Princess Basma has since had two more children with her second husband, and works tirelessly with charities and councils to promote women’s rights and gender equality, among other social issues.

Read:
Proud Queen Rania And King Abdullah Celebrate At Their Son’s British Graduation
Some Of The British Royal Family’s Most Famous Jewels Have A Middle Eastern Link 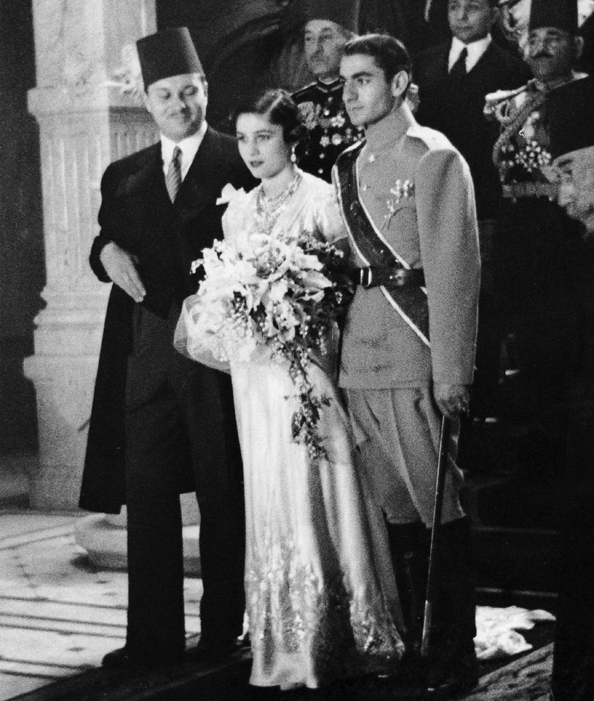 Shah of Iran Mohammad Reza Pahlavi‎’s first marriage was to Egyptian royal Fawzia Fuad. The princess, daughter of Fuad I, wed the Shah in Cairo in 1939, making her Queen of Iran until their divorce in 1948. The bride, seen here next to her father and new husband, wore a Gatsby-esque embellished gown with capped sleeves and full-length gloves for her big day, and was regarded as a style icon throughout the Middle East until her death in 2013. 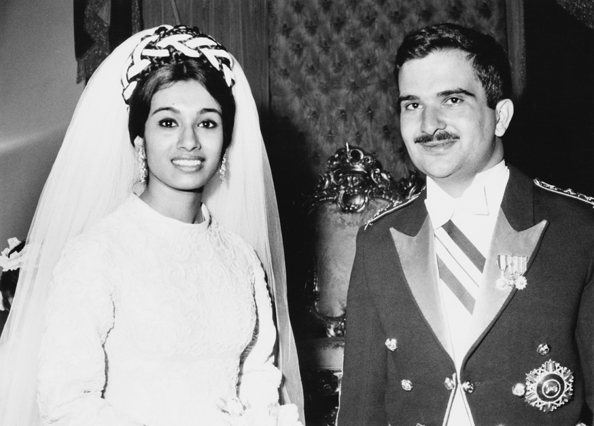 The third son of King Talal and Queen Zein (and uncle to the currently-ruling King Abdullah II) married Sarvath Ikramullah in 1968. The Pakistani bride, daughter of politician Mohammed Ikramullah, sported an elaborate braided up-do – that we’re rather obsessed with – for her big day in Karachi. Princess Sarvath, who has four children with her husband, has worked with many local and international charities and organisations throughout the decades, and also became the first woman in Jordan to receive a black belt in taekwondo. 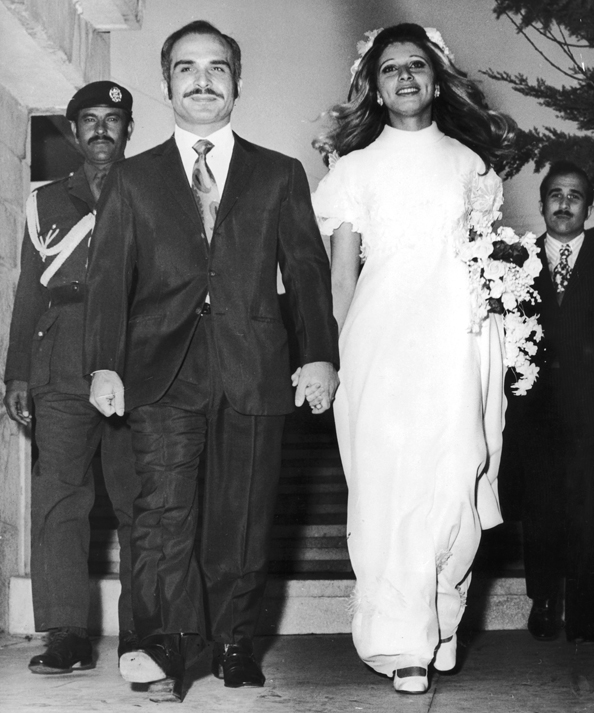 Alia Baha ud-din Toukan, daughter of Jordan’s first ambassador to the UN, wed the then-King of Jordan in 1972. In her role as Queen, the royal sired many social development projects, founded arts centres and galleries, and worked with non-profits. The couple welcomed two children – including HRH Princess Haya Bint Al Hussein – and adopted a third during their marriage, before Queen Alia tragically died in a helicopter crash in 1977. Jordan’s international airport has since been named in her honour. 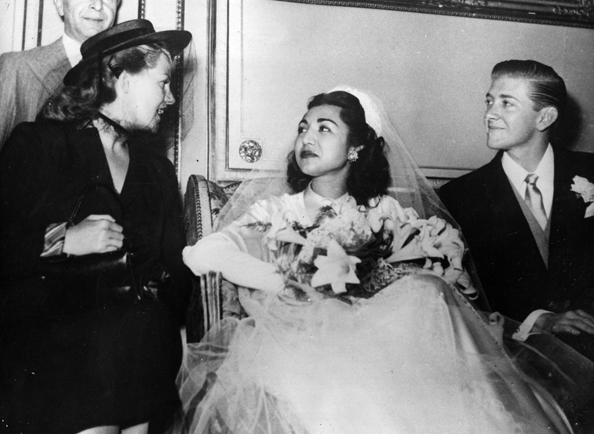 The half-sister of Shah Mohammad Reza Pahlavi wed American entrepreneur Vincent Lee Hillyer in 1950. The two tied the knot in both an Italian civil ceremony and at the Iranian Embassy in Paris, after Hillyer converted to Islam, with Hollywood star Rita Hayworth attending the French nuptials. (The bride was snapped talking to the actress above). Princess Fatimeh and Hillyer welcomed three children together before divorcing in 1959.