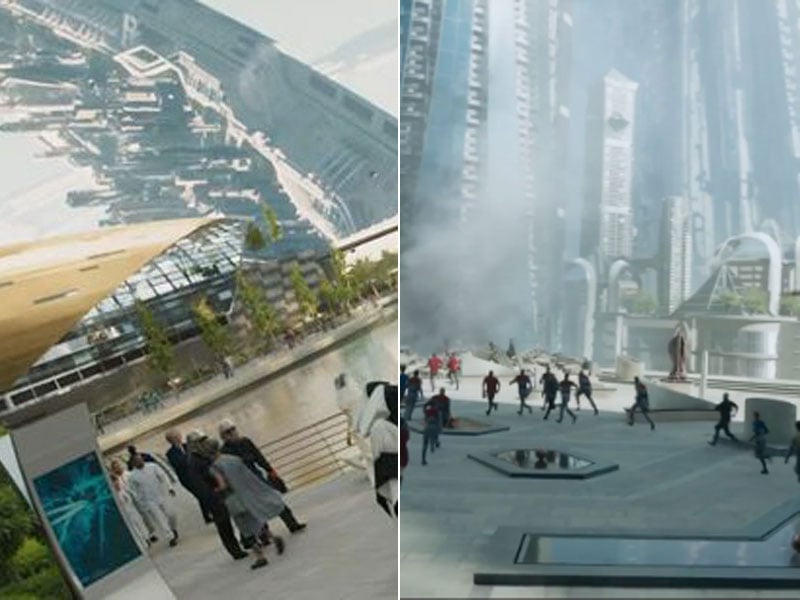 When it comes to the latest Star Trek film, our favourite actor has to be… Dubai (what can we say, we’re biased).

The UAE city hosted the cast and crew of the Hollywood blockbuster for six months last year, and the film finally dropped at cinemas last month.

Dubai provided the backdrop for Starbase Yorktown, a city set in deep space, and was selected by producer Jeffrey Chernov thanks to its stunning architecture.

“We came searching for the future and we found it in Dubai. It represents the future of what the next frontier would be like in our film,” he said at a press conference inside the Burj Al Arab in 2015.  “We wanted to find a very vertical city…  a lot of our exterior work is going to be done here.”

“This is such a stunning city. I woke up this morning, opened up the blinds and looked out. It looks like whatever tomorrow will be. It’s future land,” added Chris Pine, who plays Captain Kirk.

The Star Trek Beyond crew, including A-listers Pine, Idris Elba, Zachary Pinto, Karl Urban and Simon Pegg, were spotted filming around DIFC, Downtown Dubai and JLT – and now you can follow in their footsteps thanks to a definitive list of locations by Visit Dubai.

So Trekkies, here are eight places that’ll jet you into a new frontier without leaving the ground…

Watch the film and tell us how many of these landmarks you can spot in the movie.