These Arab Designers Are Really Dominating The Cannes Red Carpets… 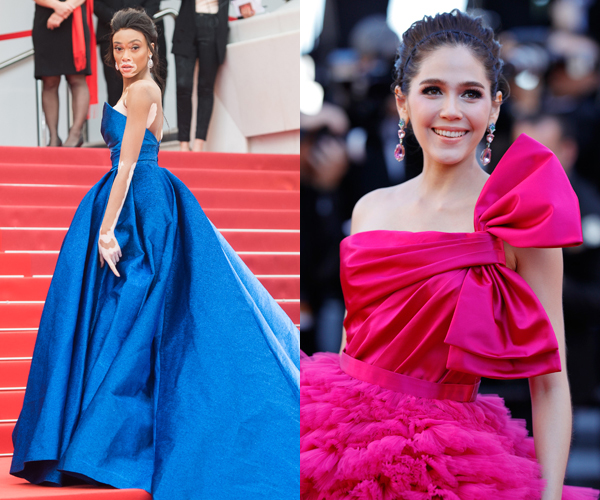 The annual film festival is getting a hefty dose of glamour from the region’s celebrity go-to labels.

From Aishwarya Rai’s go-big-or-go-home Michael Cinco gown to Fan Bingbing’s critically acclaimed caped number by Elie Saab, Arab designers have already been responsible for some of Cannes’ most stand-out looks.

The weekend was no exception, with a wealth of stars parading down premiere or fashion party red carpets in designs by the region’s luxury labels.

Read:
Aishwarya Rai Just Had A Total Cinderella Moment Thanks To This Dubai Designer
Arab Designers Were Responsible For Two Of Cannes’ Most Dramatic Looks

The America’s Next Top Model alumni dazzled in a sapphire-blue gown at a screening of Loveless, sashaying down the red carpet in the plunging bodice and artfully draped skirt.

The model, who often acts as a spokesperson and activist for the skin condition vitiligo, sported another strapless number for a Chopard party, featuring masterfully placed embellishments and a daring split.

@winnieharlow steals our hearts again in another princess dress from the #springsummer17 #hautecouture collection. This time she chooses a strapless gown with draped details on the waist and thigh high slit to accentuate her statuesque body for the @chopard #Space party

Murad also dressed Thai actress and model Araya Alberta Hargate (who also goes by Chompoo) for a screening of 120 Battements Par Minutes, with the star donning a scene-stealing fuchsia number with an exaggerated bow and flouncy, floaty skirt. 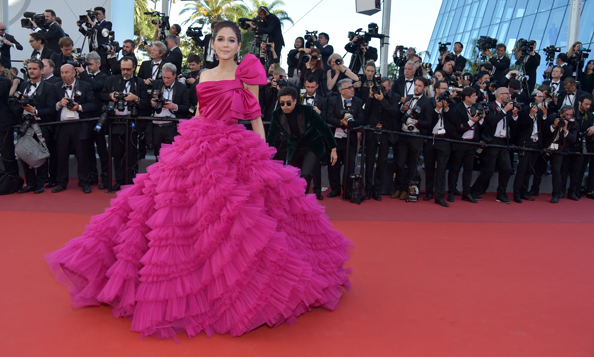 Read:
You Need To See All The Highlights From Marchesa’s Dreamy Dubai Show
Steal Her Style: This Is Where Queen Rania’s Latest Looks Are From…

The Bollywood icon, who also chose a gown by Dubai designer Michael Cinco during the film festival, looked like a true star of the silver screen in a diaphanous black creation with rippling panels.

And that orange-red lip? Divine.

Rounding out the pack representing at the 70th annual festival was Lebanese label Elie Saab, which dressed a series of A-listers over the weekend.

However several others showcased their dark side in ink-black, with legendary super Naomi Campbell and Victoria’s Secret favourite Sara Sampaio donning spell-binding floorsweepers to a Cannes dinner.

Actresses Olga Kurylenko and Paz Vega also plumped for slinky black sequins, with the latter wearing a striped jumpsuit that wouldn’t have looked out of place at Studio 54.