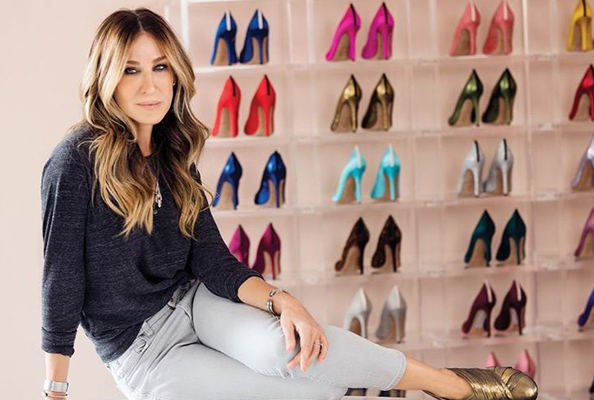 Clue: the baubles have been replaced by heels (natch).

All we want for Christmas is shoes – and our wish has just been answered.

The Shangri-La Hotel Dubai has just announced it’s creating the Christmas tree of our dreams, thanks to a collaboration with none other than Sarah Jessica Parker.

The Sex and the City star’s label is partnering up with the hotel for a designer shoe-tree, which will be the lobby’s centrepiece leading up to Christmas.

The display will be made up of footwear from the actress’ SJP by Sarah Jessica Parker line, so expect colour, crystals and plenty of glitz.

Saturdays are (sometimes) for shopping and, if you’re in NYC this weekend, we’ve got you covered. Swing by @bloomingdales 59th Street and shop the #SJPCollection this Saturday 10/22 to get a FREE SJP candle with qualifying purchases. It will be a party on “shoes on 2” and we hope to see you there. With warm weekend wishes, SJ x

The shoe-tree will be revealed in the Downtown Dubai hotel lobby (which just had a Dhs70 million makeover) on December 8, and will be on show until January 6 2017.

Read:
We’re Likely Getting Another Long Weekend (PS It Includes A Dry Night Too
Middle Eastern Jeweller Sends Dhs44 Million Of Pieces Down The Victoria’s Secret Runway
Nine Of The Best Healthy Meal Delivery Options In The UAE
Sheikh Mohammed Makes A Woman’s Day With The Ultimate Photobomb

(We’ll give you a sneak preview of the creation when we have it).

“We are thrilled to be partnering with such an elegant designer brand for our festive season centerpiece,” said Shangri-La Hotel Dubai general manager Gerhard Hecker.

“This will certainly create a huge buzz with our fashion conscious UAE residents and visitors alike.” 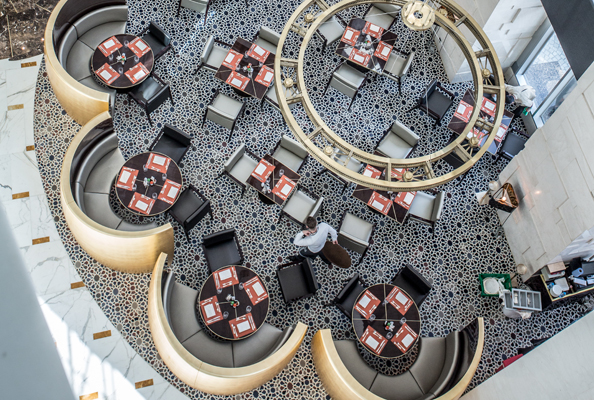 The shoes, which retail for between Dhs1,150 and Dhs2,000, will make up the branches of the gold wooden tree – and you’ll be getting an exclusive preview of the line’s latest collection at the same time.

We wonder if we can recreate this at home? Although two pairs of nice heels surrounded by adidas Stans probably won’t look quite as lovely…