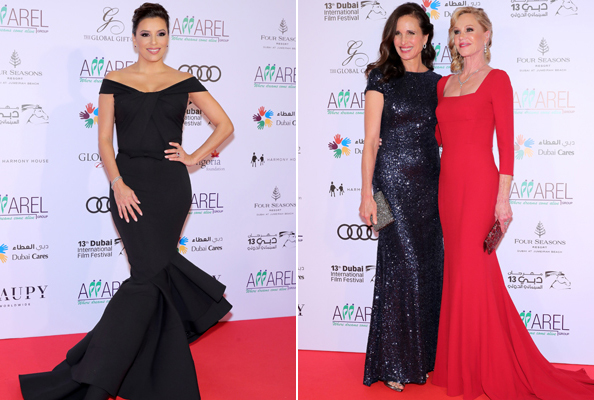 The pictures look like the red carpet for a Hollywood film – but these A-listers were all in Dubai last night for a very good cause.

The city’s fourth annual Global Gift Gala was held last night at the Four Seasons Jumeirah Resort, and many stars offered or even snapped up prizes in the name of raising funds.

While there’s no one figure yet released for the amount raised, tickets to the sold-out event were going for between Dhs1,800 and Dhs3,600. 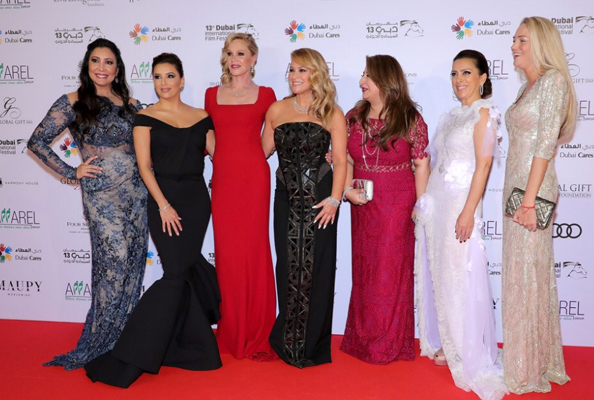 The I’m Outta Love songstress actually gave a performance on the night, while Griffith was given the Global Gift Humanitarian Award.

Read:
Here Are All The Stars Spotted So Far At This Year’s DIFF
10 Things We Learned From Samuel L. Jackson’s DIFF Chat

So what about the auction itself? Well, Sex and the City actress Sarah Jessica Parker offered up an experience including the chance to have a shoe in her next collection named after the winner, along with a flight to New York for the launch and a meet-and-greet with the star. The winning bid? US$17,000 (Dhs62,440).

Audi sold a R8, along with a European driving course, for $180,000 (Dhs661,000), while Longoria offered up a stay at a Paris hotel as well as some time with the actress herself.

Great to meet @EvaLongoria last night and celebrate the success of @DubaiCollege students in their support of @harmonyhouse_in @MariaRBravo pic.twitter.com/LjipYzBlpr