The World’s Most Famous Waxwork Museum Is Coming To Dubai 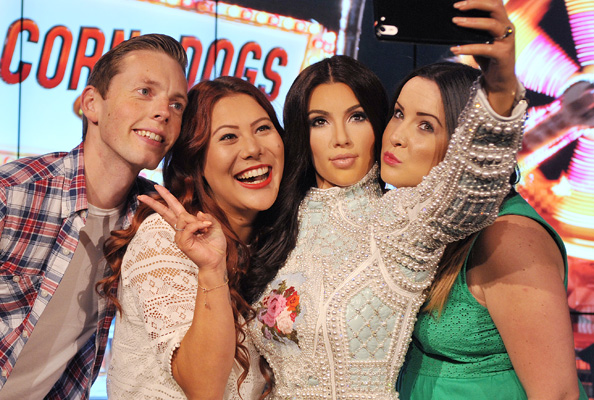 Always wanted to rub shoulders with Kim Kardashian or take a selfie with Brad Pitt?

Well, you might be able to from next autumn – so long as you’re not expecting the real thing.

The famous Madame Tussauds waxwork museum is set to open up a spot in Dubai next year – and though details of what celebrities we can expect there are scant, we’re hoping for plenty of A-listers.

It will be located next to the Ain Dubai (the huge ferris wheel formerly known as the Dubai Eye) on BlueWaters ­Island off Dubai Marina, and operated by Merlin Entertainments.

Following the news of Brad Pitt and Angelina Jolie commencing divorce proceedings, we can confirm that we have diplomatically separated the couple in our Party area. #madametussauds #london #tussaudslondon #brangelina #bradpitt #angelinajolie #brad #ange #wax #divorce

Read:
The 10 Types Of People You Meet In Dubai
Five Times The Burj Khalifa Was Magically Transformed
Jennifer Aniston Stars In New Emirates Ad, And She’s Made A Friend…
Giuliana Rancic Is Hosting A Huge Beauty Festival In Dubai

Plans for a Dubai location were revealed as far back as 2008, but it was only recently an opening date was confirmed.

The museum first opened in London’s Baker Street in 1836 before moving to its current location on the city’s Marylebone Road in 1884.

It’s named after its founder, Marie Tussaud – a wax sculptor from France who learned her craft from a physician. She created her first figure – of philosopher Voltaire – in 1761 at the tender age of 16, and toured her exhibition of sculptures for 33 years before settling down in London.

She mostly dabbled in waxworks of politicians of the time, but the museum has since developed into a place to get up close and personal with the biggest actors, singers, sports stars and historical figures.

It takes around 250 measurements for sculptors to make a decent doppelganger – and up to 500 in some cases.

Clothes are often provided by the stars themselves, and sculptors are under strict instruction to keep their vital statistics under wraps.

Some famous faces, such as Britain’s Queen Elizabeth II, have sat for multiple sculptures over the years to update their likeness.