The world’s largest flawless diamond has been unveiled in Dubai 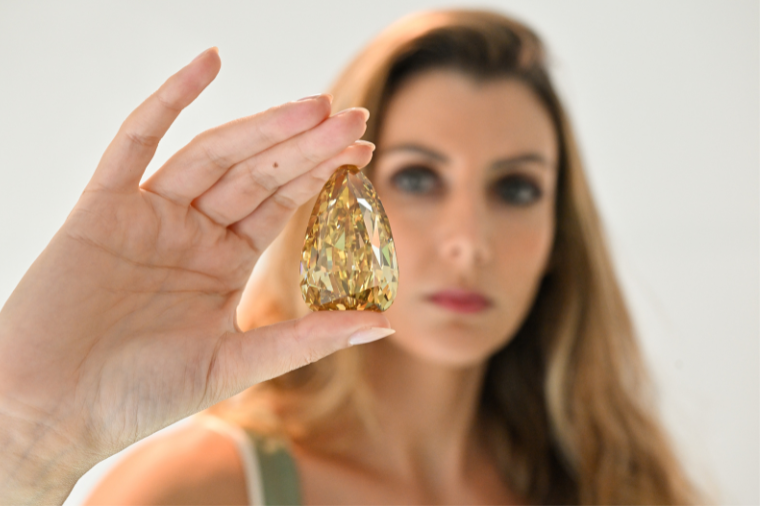 As a city of opulence, Dubai never fails to impress. In the emirate’s latest landmark unveiling, the largest flawless diamond has been revealed to the world.

Known as the Golden Canary, the highly sought-after 303-carat pear-shaped diamond was presented in Dubai before it undergoes a worldwide tour in Sotheby’s galleries.

From Geneva to Taipei, this sophisticated work of art will later be seen at the Sotheby’s Magnificent Jewels auction in New York on December 7, 2022.

Se to auction for an estimated price of $15 million, this innate diamond makes 0.006 per cent of all the yellow diamonds mined globally, making it extremely rare and valuable in the industry. 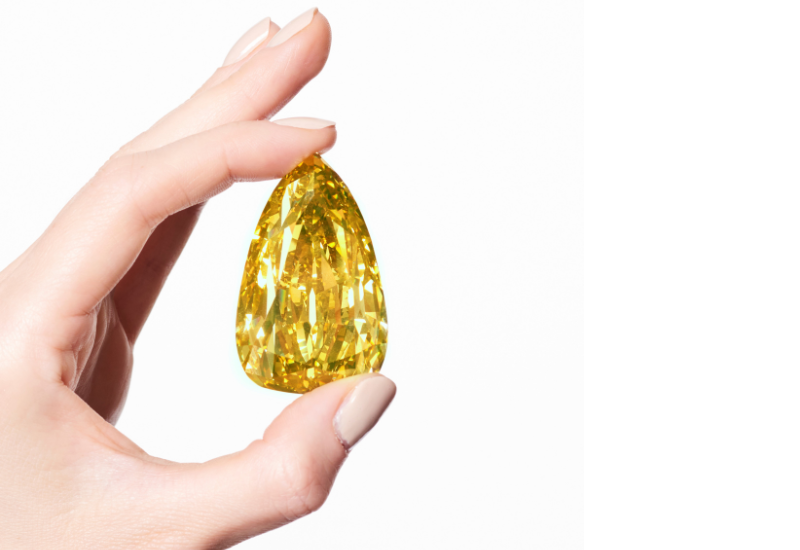 “We are excited to continue to celebrate the UAE as the ultimate destination for loves of luxury, with the global unveiling of a gemstone of such extraordinary calibre alongside a selling exhibition curated by our team here on the ground,” said the Head of Sotheby’s UAE, Katia Nounou.

This rare find exhibits pristine clarity with its bright hue, making it the largest flawless or internally flawless diamond ever graded by the Gemological Institute of America (GIA).

After first being spotted in the 1980s in the Democratic Republic of Congo, this sophisticated jewel has come a long way, since it became a news sensation and was later presented at the Smithsonian’s National Museum of Natural History. 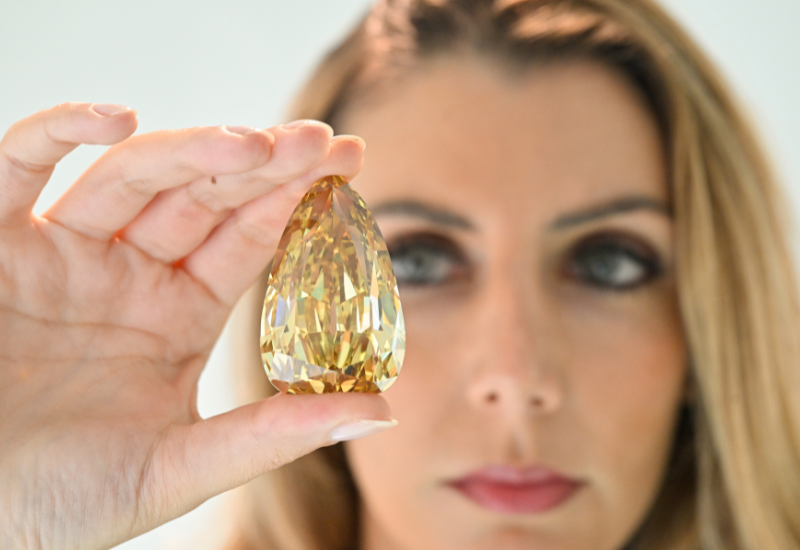 Eventually, to maximise its depth of colour, the decision was made to recut the diamond to reveal its bright hue, improve its shape and design. The changes were made with state-of-the-art advanced technology and other computer modelling systems.

For those interested in witnessing this rare byproduct of nature, Sotheby’s DIFC will present it today for its audience to see face-to-face.