Here we go again with a celebrity calling out their ex in a song.

To kick off 2022 on a high note, Grammy Award-winner The Weeknd released his brand new album Dawn FM last week.

However, it seems he’s had a lot to say about his past relationship with his ex-girlfriend Bella Hadid.

The eighth album on the track, ‘Here We Go… Again’, has sparked speculation that the lyrics halfway through the song call out the supermodel’s new relationship with Marc Kalman, a New York City-based Art Director. 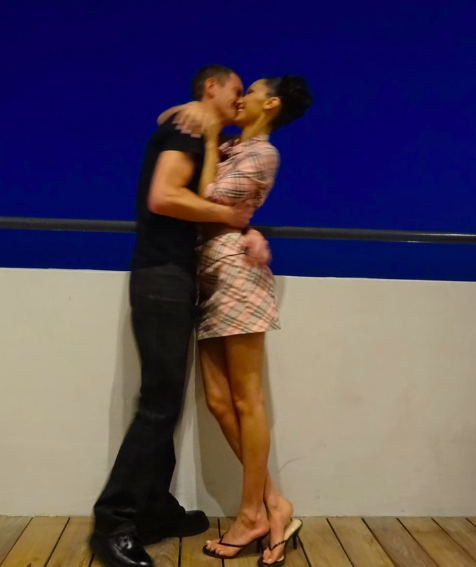 The 25-year-old has reportedly been dating art director, Marc, for over a year now, but she only went public with the romance in July 2021.

Meanwhile, The Weeknd and Bella dated on and off for four years. The pair first confirmed their relationship in May 2015 and broke up for the final time in August 2019.

As for the recent song ‘Here We Go… Again’, The Weeknd appeared to target Bella’s new relationship with Marc, fans seem to think so anyway, but it’s up for discussion whether they apply to the couple or not.

“Your girlfriend’s tryna pair you with somebody more famous.  But instead, you ended up with someone so basic, faceless. Someone to take your pictures and frame it.”

Then, in the same song, The Weeknd goes on to reference his rumoured blossoming romance with A-list actress Angelina Jolie:

“My new girl, she a movie star. I loved her right, make her scream like Neve Campbell.  But when I make her laugh, swear it cures my depressin’ thoughts.”