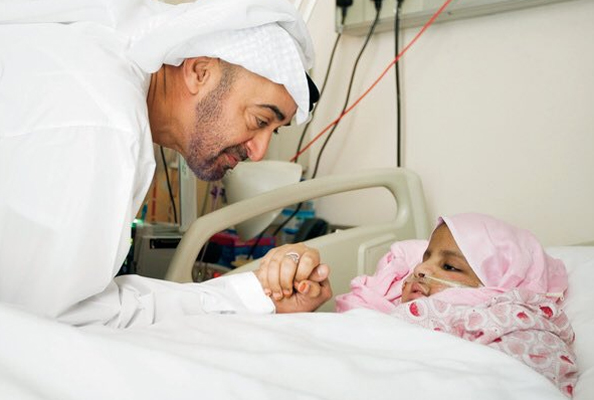 From HRH Princess Haya bint Al Hussein personally escorting Dhs1.29 million of supplies to a cyclone-hit Haiti, to HH Sheikh Mohammed bin Rashid Al Maktoum supplying a plane to send 100 tonnes of aid to a storm-ravaged Madagascar, the UAE can always be relied on when nations are in need.

And now, the Emirates has been declared a top foreign aid donor of 2016, according to a preliminary report by the Organisation for Economic Co-operation and Development (OECD).

Data compiled by the OECD’s Development Assistance Committee showed the UAE topped the list when it came to donations relative to national income. 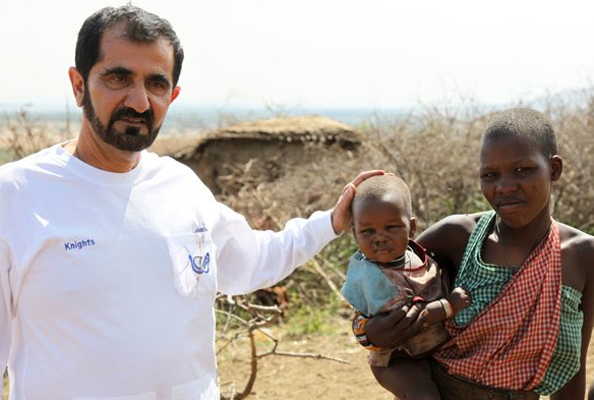 Read:
Sheikh Mohammed: ‘We Cannot Be Content At Heart Until We Start Giving’
We Love That 2017 Will Be ‘The Year Of Giving’ In The UAE

The news was revealed on Twitter by HH Sheikh Mohammed, Vice President and Prime Minister of the UAE and Ruler of Dubai, who said the results tied in with the UAE’s Year of Giving initiative.

“The UAE does not provide conditional assistance and does not wait for any returns. We only want the good and stability of all people,” the royal said.

“The announcement of the UAE being ranked first development assistance donor in 2016 coincides with the UAE’s Year of Giving during which the Emirati people launch new charitable initiatives every day.”

Norway came in second place in the OECD report, with 1.11 per cent of gross national income donated as humanitarian aid, followed by Luxembourg with 1 per cent.

MBZ: Giving is great human value sowed in us by Sheikh Zayed. It has become a way of life that defines the UAE & it’s felt around the world.

The results were revealed shortly before the UAE launched a Dhs500 million donation campaign to help famine-hit families in Somalia.

The month-long mission to provide food, water and other emergency supplies to the African nation will feature a telethon on April 21.

The campaign was launched through a directive by HH Sheikh Khalifa bin Zayed Al Nahyan, President of the UAE, with Emirates Red Crescent already allocating Dhs100 million for aid.

The Mohammed Bin Rashid Al Maktoum Humanitarian and Charity Establishment has also donated Dhs5 million towards the campaign, according to WAM.