The UAE Gets Its First Female A380 Pilot 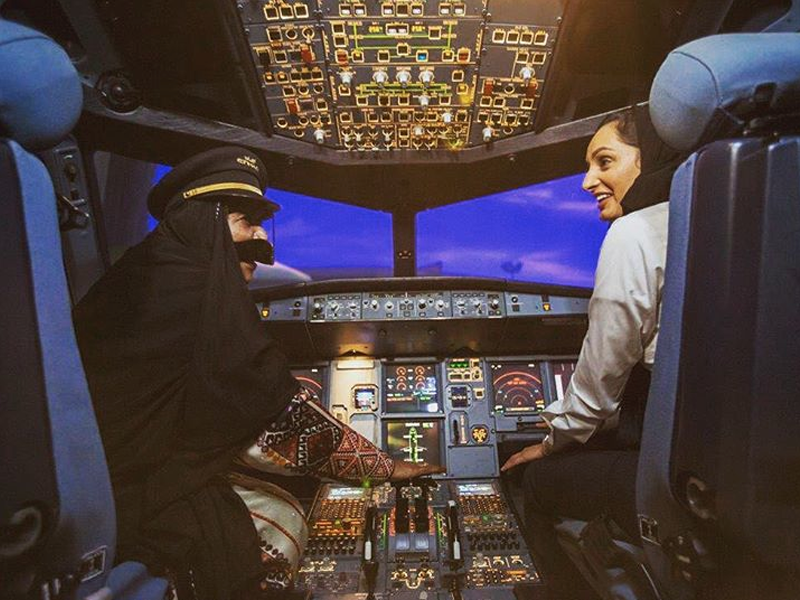 Aisha Al Mansouri, one of Etihad’s female pilots has become the first woman in the UAE to become an A380 pilot.

It seems the Al Mansouri family have flying in their blood. Her sister, Major Mariam Al Mansouri is a fighter jet pilot, leading the UAE mission against ISIL in Iraq, and her brother Ali Al Mansouri is a helicopter pilot with the Abu Dhabi Police.

Aisha has spoken about her love for flying, saying: “I fell in love with aviation during the 2007 Al Ain Air Show and joined Etihad the following year as a cadet.

A total of 11 Emirati women work as pilots within Etihad Airways. Thirty-eight other women are currently navigating their way through cadet pilot training. Etihad employs 3,200 Emiratis, 1,661 of which are women – 51 per cent.

Read:
Celebrating Emirati Women’s Day: “What The National Dress Means To Me”
The Truth About Middle Eastern & Muslim Misconceptions
What Does It Take For A Woman To Be Free In the Middle East?
Muslim Women Prove Donal Trump Wrong #CanYouHearUsNow

Etihad have been hosting a series of events to mark the second year of Emirati Women’s Day. This year’s theme is Emirati Women and Innovation.

For the occasion, Etihad Airways Training Academy was visited by 10 longstanding members of the UAE’s General Women’s Union (GWU).

The GWU interacted with some of Etihad’s Emirati female pilots, engineers and business leaders, highlighting the progress made by Emirati women since the GWU’s inception 41 years ago.

Mona Walid, Vice President, Human Resources for Etihad Airways and Etihad Airways Engineering said: “Since Etihad’s launch in 2003, the company has focused on attracting and developing both male and female Emirati talent.

“As we nurture the leaders of our future, we are committed to elevating Emirati women to the forefront of aviation to play their part in the growth of the economy.”