The UAE Is Making 'Significant' Progress Towards Gender Balance

UP Next
X
Bowled Over By The UAE: Paule Ka's Creative Director Shares...
Jack Rogers
November 13 2016

The Dubai Women Establishment has been set up, as has the Gender Balance Council, and the government is looking at improving the country’s maternity laws.

And now, the UAE is taking its message global.

A delegation from the UAE Gender Balance Council took part in the recent Gender Summit in Brussels, Belgium, over November 8 and 9.

The Gender Summit is an event which sheds light on the most significant policies and initiatives that aim to promote gender equality, in particular in the fields of technology, science, research and innovation. 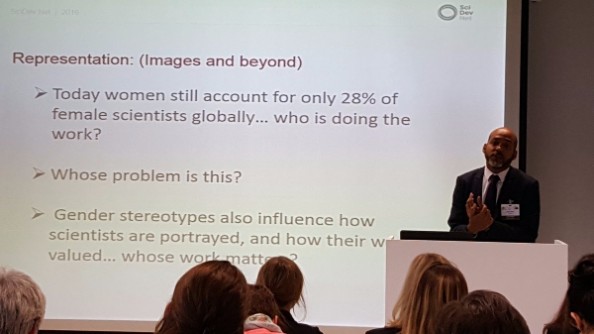 Participants discussed how to promote gender balance in certain sectors, like technology and science, and how to ensure women were getting necessary healthcare worldwide.

Read:
The Duchess Of Cornwall Had An All-Female, All-Hijabi Security Team During Her UAE Visit
Duchess Camilla And Princess Haya Bond During Hospital Visit

“The UAE has made significant achievements to promote gender balance in decision-making positions and to enhance female participation in the public sector,” said Lootah.

“This has led us to become a pioneer in promoting gender equality at a global level.”

Shamsa Saleh echoed Lootah’s words, talking about how the UAE was a leading country, at a global level, in issuing legislations that guaranteed equality for all people.

“We are working in a true partnership with the global community to enhance the position of females in all avenues and sectors. We are continuing to work on different initiatives to close the gender gap and to achieve gender balance in all fields and in all levels and positions,” she said.

“We believe that women are crucial to the continued growth and sustainable prosperity of our country, and to leading our nation to a better future.

“It is essential for us to promote, and enhance awareness, of the many significant achievements that women have made, in addition to adopting polices and initiatives that promote confidence in young women.”

How does the UAE currently stand?

In this year’s Global Gender Gap Report, the UAE came 83 out of 144 countries when it came to the political empowerment of women.

When it came to economic participation and opportunities, the Emirates came in 130th place.

(It’s not all bad though – while no Middle Eastern county has fully closed its gender gap in education and health, the UAE came “close” in the latter, the report stated. It also drew attention to how we’ve seen improvement on women parliamentarians).

So what is being done about it?

Well, luckily the Dubai Women Establishment’s five-year development strategy for 2017-2021 has a focus on getting more females noticed in the workforce.

Al Marri has previously said that “the country’s government believes in the power of women and the role that they can play in society”.