The Top Ten Travel Destinations For 2015 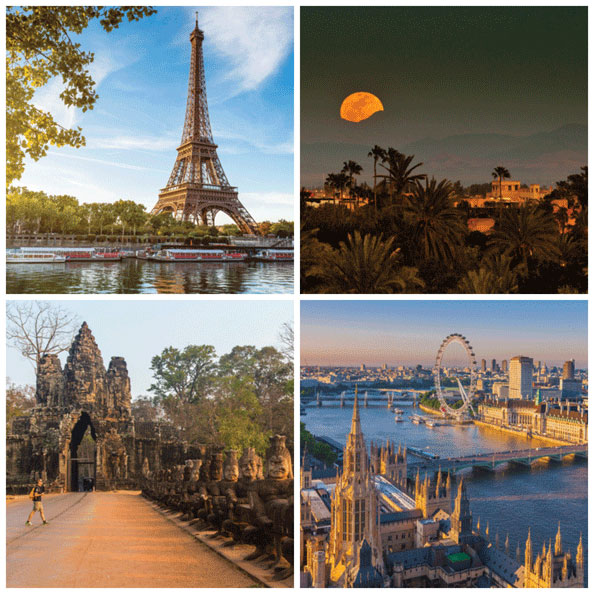 Summer has landed and we’re dreaming of distant shores. Recently unveiled as the top ten places to visit this year by TripAdvisor, these dream destinations have been given the globetrotter’s seal of approval. Here’s how to work your way down the list, Emirates Woman style 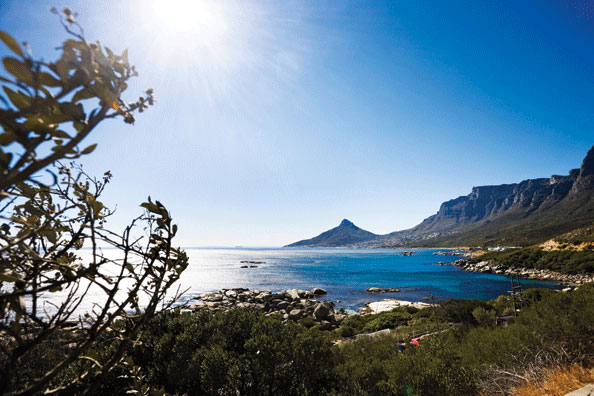 Cape Town in South Africa is at number ten

The epicentre of Cape Town is a pretty exciting place to be. An aerial view perfectly captures its pull – the domineering mountains that explode from its outskirts, constellations of diverse buildings, wide stretches of green, all offset by a glittering sea.

You’ll find it just as exciting at ground level. This is where Afro-chic cafes meet ulta-modern bars, and everything in between. The city won Design Capital last year – with the vibrant atmosphere, interesting architecture and abundant markets, it’s easy to see why. The real gem is its culinary scene, which boasts fine dining at rock bottom prices.

Visit: With the flora and fauna of Africa at such close proximity, visiting Table Mountain National Park is a must.
Stay: Ellerman House is a stately home set in half an acre, overlooking Cape Town’s rugged coastline, offering visitors the height of luxury. 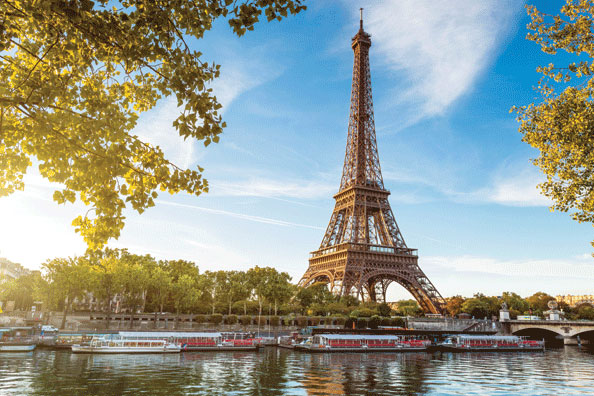 The City of Light is at number nine

There’s rarely a top ten anything that doesn’t feature Paris. As one of the most beautiful cities in Europe, and indeed the world, its landmarks are so iconic they appear familiar to even first time visitors. Whether browsing the designer outlets on the Champs-Élysées, or enjoying a pastry outside a quaint patisserie, you’ll find no end of charm in every quarter.

All is haute here: dining, theatre, nightlife and fashion. So pack your glad rags and make like a modern day Brigitte Bardot – the most romantic place on earth awaits.

Visit: It would be impolite not to visit the recently opened Foundation Louis Vuitton, an architecturally impressive museum housing contemporary art located in the Bois de Boulogne park.
Stay: As one of the fash-pack’s favourite places to rest their’ perfectly coiffed heads during Paris Fashion Week, Mandarin Oriental is the place to see and be seen.

The city called “the Paris of South America” is above the real Paris on the list… awkward. Although Beunos Aires is steeped in European heritage and gothic buildings, it oozes seductive Latin flare, which makes for an intoxicating mix.

In amongst the vibrant Italian/French buildings and street art, you’ll find parties called ‘milongas’ that are distinctly Argentinian – dancing the tango is almost a prerequisite. With such a patchwork of cultures it’s little wonder that the culinary scene is awash with different signature dishes. Curry, sushi, snails, pizza and much more can be found in the different districts. Carnivores will be pleased to hear that the porteños (as people from Buenos Aires are called) love their steak.

Visit: Just 40 minutes from the hectic city is the beautifully preserved Tigre delta. Take a boat down the stunning water way and soak it all in.
Stay: Faena Hotel is loved by discerning locals and five-star travellers alike. With sumptuous boudoirs and a famed cabaret club, it’s a hub for socialites.

Rome is Italy’s capital of cool

It doesn’t get more historic than Rome. Nicknamed The Eternal City due to its 3,000-year story, the streets are packed with school trips, history buffs, and couples enjoying the romance of it all. The Colosseum conjures images of Russell Crowe battling for his life in Gladiator, and at Circus Maximus you can almost hear the sound of the chariots.

In addition to the wonder of the old Empire, Rome makes a pretty good job of being a 21st century capital too. The nightlife includes enchanting bars housed in dishevelled buildings, and an avant-garde clubbing scene.

Visit: For a truly Roman experience, ditch the standard tour guide and visit Trastevere. The now trendy neighbourhood’s maze-like streets are teaming with boutiques and bookshops.
Stay: Once a 19th century palace and headquarters of the Roman Maronite community, Hotel Splendide Royal has elegant boudoirs suitable for aristocracy. 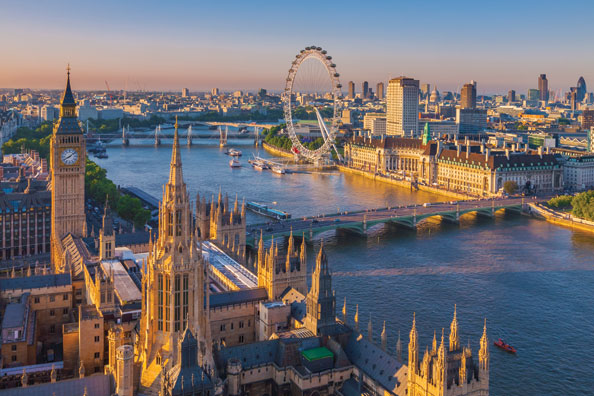 London has everything – the bars, the shopping, the supper clubs, the big red buses. Being so large (it’s population is over 8 million), it’s no surprise that the city is established in every field, especially tourism.

View the famous metropolis from the London Eye, shop for vintage in Camden market, browse funky artwork in Shorditch, or catch an internationally acclaimed theatre production in the West End. The museums and art galleries are among the world’s finest, so don’t forget to fit in a dose of culture around all that shopping.

Visit: Catch a show at Donmar Warehouse, the 251-seat auditorium in Convent Garden, where high profile talent help present award-winning theatre.
Stay: Occupying floors 34 to 52 of Western Europe’s tallest building is the recently opened Shangri-La in The Shard. Floor to ceiling windows and an indoor infinity pool are just some of the ways they take advantage of the impressive view. 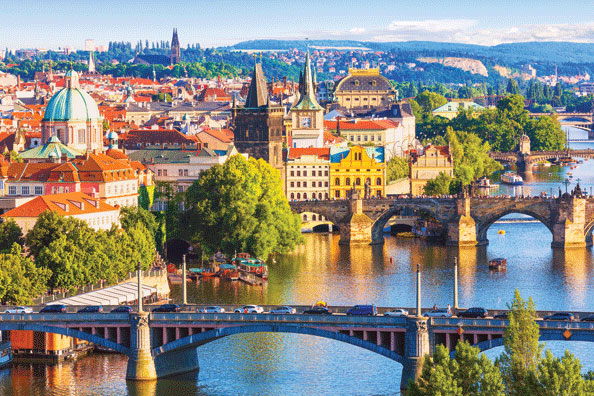 So theatrical it looks like a movie set, Prague is a veritable treasure chest of architecture. A medieval town square, a Baroque palace, lovingly restored Renaissance buildings and Gothic masterpieces complete with gargoyles. You can check almost every era off the list within 20 square feet.

The biggest appeal of this city is how staggeringly cheap everything is. Staying in luxe accommodation is much cheaper than in neighbouring European countries. Being compact, elegant and picturesque to boot, Prague makes for an ideal impromptu weekend away.

Visit: The city of a hundred spires once had a shaky reputation when it came to food. Those days are gone, and the city now has Michelin-starred restaurants. La Degustation Bohême Bourgeoise is amongst this elite group, and the small dining room keeps it sought-after.
Stay: Making the most of the striking building design, both outside and in, The Four Seasons offers old-town lavish lodgings like no other. 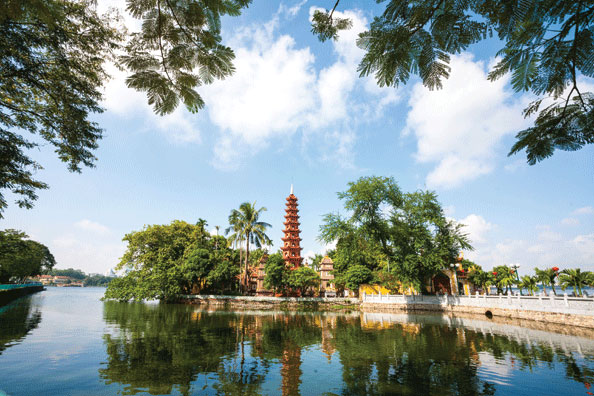 In at number four is the Vietnamese capital

Throngs of motorbikes and cars contrast with placid lakes in Vietnam’s capital. This combination of old and new Asia is palpable – you’ll see professionals taking part in some outdoor tai chi at dawn, before hopping on their scooters and heading for the office.

The old quarter has been lovingly preserved, and traditional Vietnamese structures such as the Temple of Literature are striking amidst the modern rush. It’s easy to lose yourself in the quiet gardens, lively markets and cosmopolitan shopping districts.

Visit: The gruesome artifacts of war are never far. A visit to Hoa Lo Prison – incongruously nicknamed the Hanoi Hilton by American prisoners of war – serves as a reminder of what the country has been through.
Stay: The Sofitel Legend Metropole is a French-colonial style hotel, which has hosted state and ambassadors through the years. Its five-star credentials have stood the test of time. 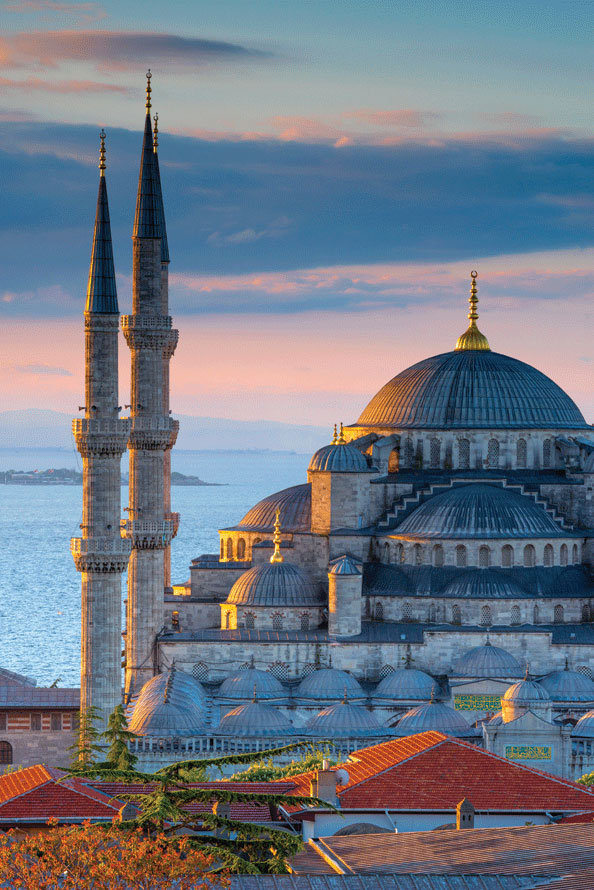 Famous for its intricate mosaics and dizzyingly beautiful ceilings, Istanbul has serious style credentials. The ambitions of the Ottoman Empire have left an impressive style legacy, with galleries and museums preserving the feats of a bygone era.

Visits to the Blue Mosque and Hagia Sophia are musts, but aside from the iconic landmarks, you’ll find something special just by wandering around on foot. An impressive culinary scene and energetic nightlife is spread across two halves of the city, split by the Bosphorus.

Visit: One can’t visit Istanbul without touring the Bosphorus – cruise down the strait and view the shorelines of Europe on one side and the wooded hills of Asia on the other.
Stay: In the hilltop district of the new Zorlu Centre is the recently opened Raffles Istanbul. The ultra-modern hotel is contemporary with Turkish touches event in its décor. 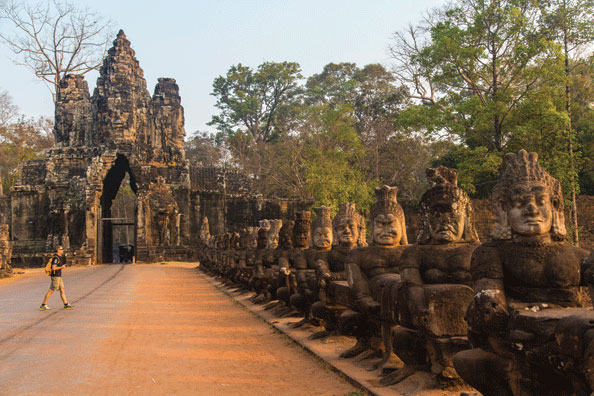 Siem Reap was once the seat of the Khmer kingdom

Angkor Wat has a lot to answer for. The magical temples have attracted tourists in their droves, keen to discover the lost capitals of the Khmer Empire. The travellers have brought style and panache to the Cambodian province, which is now an effervescent mix of spas, luxury hotels and hostels.

Although a much-explored destination, Siem Reap is still very small, and rural Cambodia is never far. It’s possible to eat lunch in a roadside shack and dinner in an award-winning restaurant, depending on the type of experience you’re looking for.

Visit: Banteay Srey, meaning ‘citadel of women’, is a tenth century Cambodian temple featuring intricate designs carved into red sandstone and has been described as a ‘miniature fairy palace’.
Stay: Formerly a French governor’s home and located within the heart of the city is the Park Hyatt, one of Siem Reap’s most prestigious addresses. 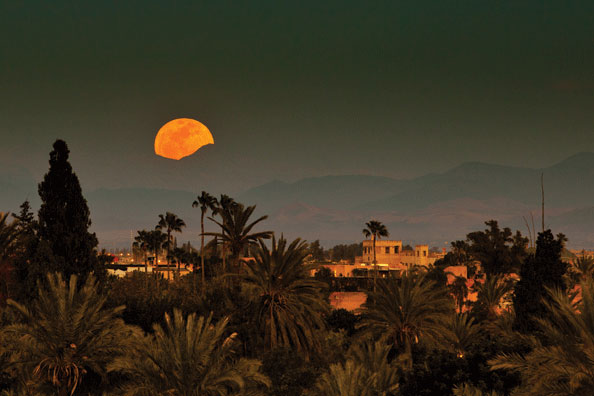 The magical Moroccan city has topped the travel list for 2015

Packed with colours, noise, smells and people, Marrakech is crazy, but in the best possible way. Standing in Jemaa el-Fna, the city’s main square, is a sensory overload, with market stalls, snake charmers, tamed apes and the general hubbub of Moroccan life.

Spanning outward from this central point is the souq, where traders sell everything from spices to jewellery. This is a city that prides itself on design, and nothing is more vibrant than Marrakech’s art scene. Leaving this place without a statement rug for your home is almost a crime.

Visit: Ensure you visit the Jardin Majorelle, the garden formerly owned by Yves Saint Laurent himself, where rare plants and cacti thrive beside the blue art deco villa.
Stay: La Mamounia is a one-hundred-year-old hotel set in an enchanting two-acre garden – this is Marrakech for the jet set with gorgeous suites and traditional riads (Moroccan houses) attracting an A-list clientele.