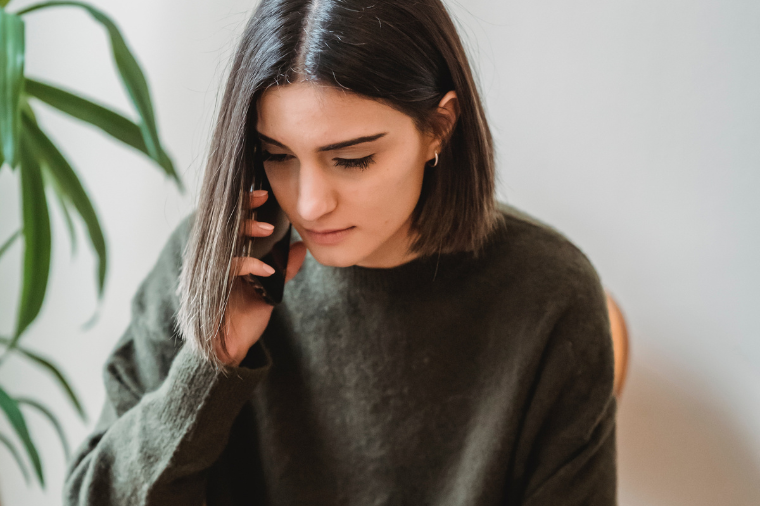 Shamsaha is a groundbreaking platform in the Middle East – the first of its kind helping victims of domestic and sexual violence in the region.

First launched in 2016 in Bahrain, the platform has now unveiled its 24/7 crisis support mobile app, making its crisis advocacy services available to women across the Middle East for the first time.

From its inception, Shamsaha has aimed to focus on women’s empowerment and protection programs, offering support services in both English and Arabic. However, for the platform’s founder, Mary-Justine Todd, getting Shamsaha off the ground was no easy feat.

“In the beginning, everyone said to me ‘it will never happen’, or ‘you’ll never get a permit’,” she tells Emirates Woman. “There were a lot of naysayers.”

There was also a lot of red tape to jump through and Todd even admits she didn’t realise “how hard it would be”. However, when you’re breaking boundaries to become “the first”, naturally there will be hurdles to jump through.

With perserverance the platform launched six years ago and since then the only way has been up. Not only has Shamsaha now launched its mobile app, the organisation has a long-term partnership with globally renowned beauty conglomerate L’Oreal.

To learn more about the story behind the platform and its recent app launch, Emirates Woman sat down with Todd to discuss the ins and outs of Shamsaha.

What inspired you to launch a 24/7 crisis support mobile application?

When someone is going through what may be one of the worst times in their life, the only thing that can make it better is to know that they are not alone and I know how important that is. I wanted to do what I could, to ensure that women never had to face violence or abuse and suffer with it alone.

Shamsaha is the first and only domestic violence crisis response programme in the Middle East, how was this a challenge and how did you overcome this?

In the beginning, everyone said to me “it will never happen”, or “you’ll never get a permit”. There were a lot of naysayers. However, for me at the time, naivety was bliss. I didn’t realize how hard it would be, or how many hurdles we would have to surmount. But this was a good thing, because each time we face a problem, albeit about registration, or funding, or support, I just kept thinking that we would solve it. And so eventually we solved all the major problems and here we are. 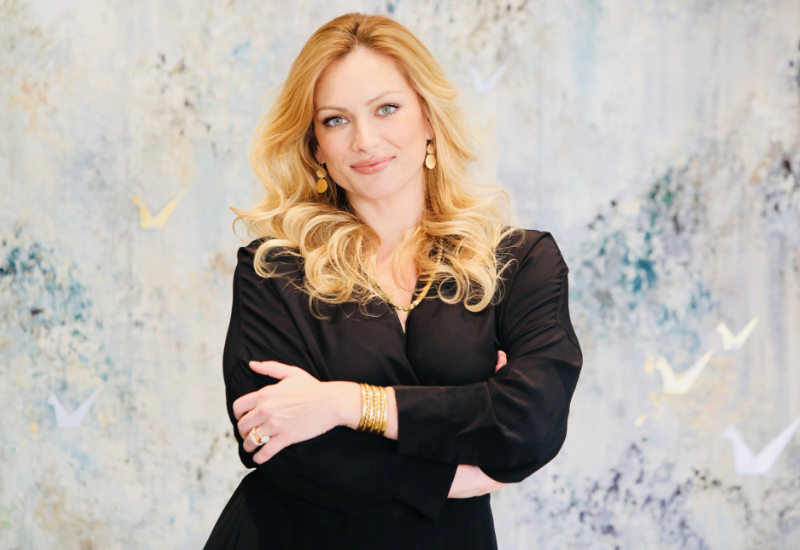 The application provides 24/7 assistance. Was this the motive from the outset?

Violence and abuse do not keep to a schedule. Nor is it isolated to any one group or class of people. Violence against women cuts across all socioeconomic strata and affects women equally all over the world. Therefore, when a woman finds a window and is able to make the courageous choice to reach out for help, we must be reachable and that may be at 2 am or on Saturday morning. That is our duty so, we are there.

What protocol do you follow for onboarding your volunteering advocates?

Shamsaha’s Crisis Advocacy training is approved by the American National Advocacy Credentialling Programme (NACP) which is the women’s crisis regulatory support body in the USA. All of our volunteer advocates must complete a comprehensive NACP-approved 40-hour training programme before they get their crisis advocacy certification, after which they are eligible to serve as women’s crisis advocates. The training includes topics such as domestic and sexual violence in depth; subconscious bias, using trauma-informed practices, women in the media; and more. We ensure that every volunteer is highly trained and ready to support women during their time of need.

With over 15 years of experience in the industry to accomplish women’s empowerment and equality, how have you incorporated this into the application?

Everything that we do at Shamsaha, including all of our support programmes for women is done in the spirit of intersectional feminism. Though the definition of feminism is debated, in general, it means to believe that the subordination of women is undesirable and that changing that is desirable. To do so with an intersectional spirit means to continuously think of, ask, and incorporate the needs of all women into the programming, rather than assuming that any one woman’s experience (such as mine – coming from an upper-middle-class white American community) is not considered the essential experience, to ensure inclusivity of all voices. Not until all women are empowered be it rich or poor, can any woman be truly empowered.

Could you elaborate on the main features that set this application apart?

Shamsaha is the first and only full-scale women’s crisis response programME in the Middle East, making our app the only one of its kind as well. With the new Shamsaha, mobile phone application women from all over the Middle East and North African region will be able to reach out and receive 24/7 support in English or Arabic from a specially trained volunteer. Using a survivor-centred approach, we provide emotional and informational support for victims of domestic abuse, along with an easily accessible list of community resources.

Did you notice a stark increase in the number of domestic violence cases during the COVID-19 lockdown?

Globally, there was an average increase of 45 per cent in the incidence of violence against women. Looking at a three-month average before and after the onset of the initial lockdowns in Bahrain, in March 2020, Shamsaha had a 41 per cent increase in cases reporting abuse. So the levels we faced were similar to that of the rest of the world. But the fact remains that when there is a global crisis, such as an economic crisis, or natural or man-made disasters, women often suffer first and suffer the most.

What’s your advice for women to help each other and reach their best selves?

Don’t judge anyone. Don’t give advice to anyone. Just be kind and be there for each other. An affirmation that I use every day and try to live by is as follows: I am whole, perfect, strong, powerful, loving, harmonious and happy. Concentrate and think deeply about what each word means for you and in your life to access your most inspired self and live in a state of flow.

The L’Oréal Fund for Women was born to empower women at risk and reach women worldwide. How does it feel to be supported by an entity that imbibes the same values?

I am absolutely honoured to be partners with L’Oreal. They are an amazing corporation with an incredible team of women. Alexandra Palt the president of the L’Oreal Fund for Women is one of the smartest, most progressive, thoughtful and intelligent women I know.

Are there any innovative features that you wish to incorporate in the future?

The next phase of development for the app will be substantial. We intend to actually redevelop the entire app and break it into two separate apps. You can think of it like the Uber driver app which will be our volunteers and the Uber user app which will be the victims of abuse and the general public. This will allow us to incorporate an even more robust communication system that includes additional features for countries all over the world such as transportation and food delivery. We are currently fundraising for this next phase and hope to begin development in early 2023.