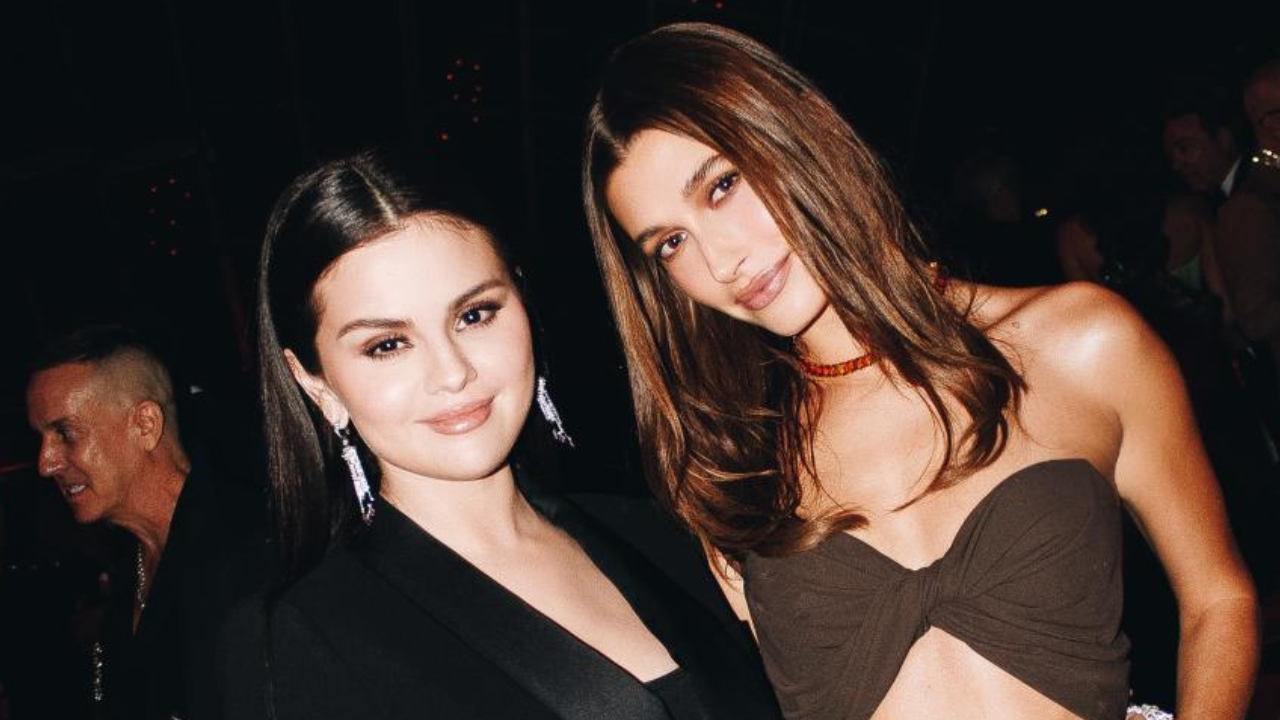 Selena Gomez and Hailey Bieber are officially putting the past behind them.

The pair both attended the Academy Museum of Motion Pictures 2nd Annual Gala presented by Rolex on Saturday, where they unexpectedly posed for a series of photographs together – a move no one saw coming.

The photographs, which have gone viral on social media, were taken by Tyrell Hampton. The photographer shared one of the images on his Instagram page which he captioned “plot twist”, which is perhaps the only way to describe it.

These photographs come after Bieber recently appeared on popular Spotify podcast Call Her Daddy where she opened up to host Alex Cooper about the rumours she “stole” her now-husband Justin Bieber from Selena Gomez following their eight-year on-off relationship.

The 26-year-old flatly denied any crossover ever occurring with Gomez’s relationship with Justin saying, “I can say, period, point blank, I was never with him when he was in a relationship with anybody. That’s the end of it.”

The model also addressed the ongoing slew of hate she had received online over the years due to her relationship with Justin.

Days after the podcast was released Gomez took to TikTok appearing to address what Bieber had discussed during her tell-all interview, saying there is no place for bullying in her community.

“I think some of the things that I don’t even need to be aware of are just vile and disgusting, and it’s not fair, and no one, ever, should be spoken to in the manner that I’ve seen,” she said.

Bieber, formerly Hailey Baldwin, married Justin in November 2018 after the pair got engaged in July 2018. The pair had reconciled their relationship just a month earlier in June 2018, after previously dating in 2015 and 2016.

At the time, Justin had just split from long-term girlfriend Gomez whom he had dated on and off between December 2010 to March 2018.

After the pair split for the final time in March, this led many fans to conclude there was a crossover between Gomez and Bieber and has led to an onslaught of online hate.

Well, in true “plot twist” fashion, both women have proven there is no bad blood at all. We love to see it.