The Letter That Changed My Life 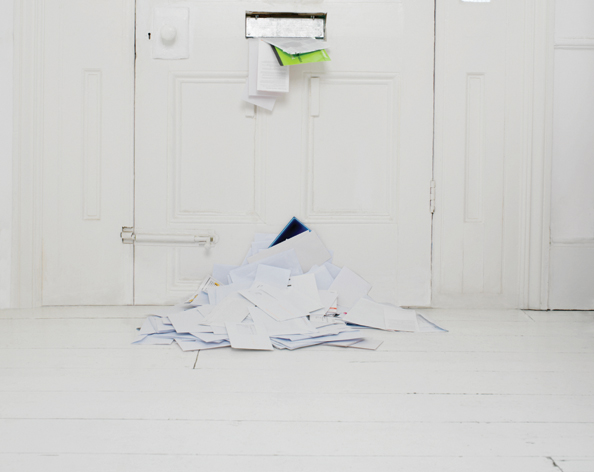 Agony aunts give out advice every day. From relationship woes to career troubles, they’ve heard it all. But every now and again, one letter amongst the thousands stands out. Here, four agony aunts tell EW about a letter that had a personal and profound affect on their lives…

SUSAN QUILLIAM: She wanted to kill herself
I received this letter back in the nineties, when I’d only been working as an agony aunt for a couple of years. The woman told me that she and her partner were suffering financially, and the only way that they could resolve their dire straights was through a life insurance payout. She asked me simply, and very factually, if I could advise her on the best way to kill herself.

I read a wide range of voices from readers, from sad to angry, but this letter was the extreme end of desperate, combined with clear logic that was chilling. I contacted the Samaratins for advice before responding, because I took my responsibility to her very seriously. I begged her to reconsider her decision, pointing her towards other ways to resolve her problem, and explaining that her thoughts were underpinned by depression.

It’s lucky that her letter made such a big impression on me, because at the time, I didn’t know how relevant it would become. A friend of mine took his own life a few years later and although I was devastated, the knowledge I gained through working with the Samaritans helped me to cope and support those he left behind. Personally I began to take life more seriously – in a good way – and to value people’s expressions of love, their commitment and their devotion. I also became more aware of the impact of depression and more wary if I ever felt that way.

But I’m still haunted by the fact that I never received a reply from this poor lady.

Susan is a relationship psychologist and internationally acclaimed author.

KATE REYNOLDS: Her autistic son caused a strain on her marriage

The mother of an eight-year-old autistic boy wrote explaining that the child was sleeping in bed with her and her husband most nights. This often resulted in her husband sleeping in the spare room and was fundamentally affecting everyone’s night-time routine. The relationship between the couple was strained, partly due to lack of sleep and the general pressure of having a child who had extreme tantrums, and partly because the husband was angry that his wife wasn’t fixing the problem.

The letter was one of the first one I’d answered that really made me look at my own marriage, which had dissolved within months of the diagnosis of our son with ‘classic’ autism at the age of three. I slept with our son most of the time in his bed, because he would wander or get distressed without someone there – a common complaint of parents of autistic children. One of the parts in the letter that struck a chord was that this woman’s husband expected her to “sort out” the problem, which was similar to my husband’s expectations.

When I first read it I felt sick because it touched what I hadn’t recognised were still raw feelings, even six years after my marriage dissolved. I had to be careful because I still felt anger towards my ex-husband and I had to be wary of conveying this in my response. Looking back at my advice, I’m surprised at how balanced it was, considering the strength of my feelings. But it made me remember how I felt at the time – the realisation that autism was going to be a long-term issue led me to choose between my son or my husband. Ultimately, it was a decision I had to make.

Kate is the author of numerous Autism-relate books, including Party Planning For Children And Teens On The Autism Spectrum. For more information visit autismagonyaunt.com

Years ago I received a letter from a 13-year-old girl whose friend had developed anorexia. The girl who wrote in was deeply distressed because despite her best efforts she couldn’t “fix” her friend. Naturally I replied that the correspondent couldn’t fix her friend because she didn’t have the right training or experience, and suggested that she encouraged the other girl to seek professional help. She herself needed support too. What I couldn’t get away from was the writer’s heartfelt despair. She genuinely believed she was inadequate because she felt powerless to help. The point that particularly struck me is how our youngsters grow up feeling responsible for other people. To an extent this is wonderful. Everyone should be kind, helpful and friendly. But young people also need to know that they are not responsible for the thoughts and actions of others.

My personal response was to dig more deeply into family therapy. I needed to do more research into family systems therapy and explore the practice. I was lucky enough to have psychotherapist and trainer Tony Tilney mentor me and the opportunity work alongside him as a co-therapist. His approach gave me a very different way of working with families. Never one to shy away from confrontation, he allowed children to say what they wanted to say and let the parents respond.Family members as well as therapists would then examine the interactions, both their intent and their outcomes.

Sadly Tony is no longer with us but, thanks to this young girl’s letter, his wisdom will stay with me forever.

Anne is a counsellor and author.

JODI ANN BICKLEY: She was struggling with a mental health problem

I started One Million Lovely Letters on a night I found myself at an all-time low. I’d been suffering with ME (Chronic Fatigue Syndrome) which doctors hadn’t diagnosed yet. I was exhausted, physically and mentally, but didn’t know why. Letters had always been a big part of my world, so I set up a website calling out to anyone in the world to contact me if they were having a hard time. I said that I would send them a lovely handwritten letter to cheer them up. Within an hour I had received over 100 emails from all over the world;16 months in and 3,000 letters later, this is what I do.

Recently I sent a letter to a girl called Layla. She’d been diagnosed with a mental health problem and was struggling with coming to terms with it. Writing to her felt like I was having a conversation with myself. I was reminding both of us of something true, but in the harder times forgotten. Your diagnosis doesn’t define you. Even the best of us are a little broken, but there’s a lot of beauty in having had to fight. I like my letters to be like a note you’d receive from someone who absolutely adores you. Writing that letter helped me to see what the people around me try to tell me in my hardest times. I recently had major ME crash, followed by a small relapse. I got scared and started to go into panic mode. This letter brought me back.

Jodi’s project, One Million Lovely Letters, has been turned into a book of the same name.