The Karl Lagerfeld Daily Newspaper | Haute Off The Press 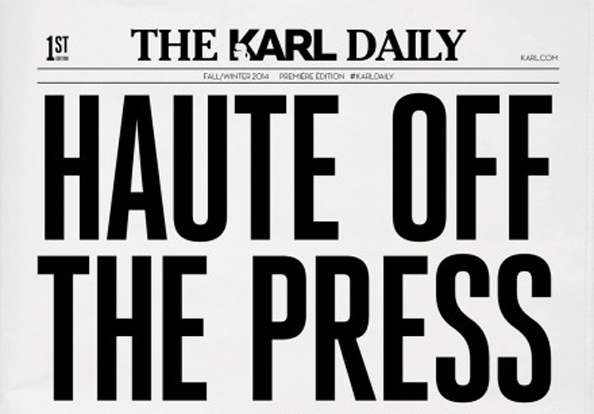 Extra, extra, read all about it! Legendary designer Karl Lagerfeld has launched his first ever newspaper – The Karl Daily.

“Haute Off the Press,” screams the headline followed by “Fashion King  Takes International News By Storm” in the all new, all fabulous The Karl Daily, a newspaper that provides fans with a sneak peek into the mesmerising life of the Mr Karl Lagerfeld.

The first issue is pun-tastic with ‘behind the seams’ insights and Karl even let’s the ‘cat out of the bag’ by turning  The Karl Daily  into a family affair and appointing his adorable cat, Choupette Lagerfeld, as the special guest editor.

Truly giving media mogul Rupert Murdoch a run for his money, Karl, who is already an accomplished artist, photographer and designer, is ready to take the print industry by storm.

The Karl Daily is available in the seven European cities where Karl operates freestanding stores for his signature brand. Distribution will also following China with copies also available in select stores, hotels and other fashionable spots 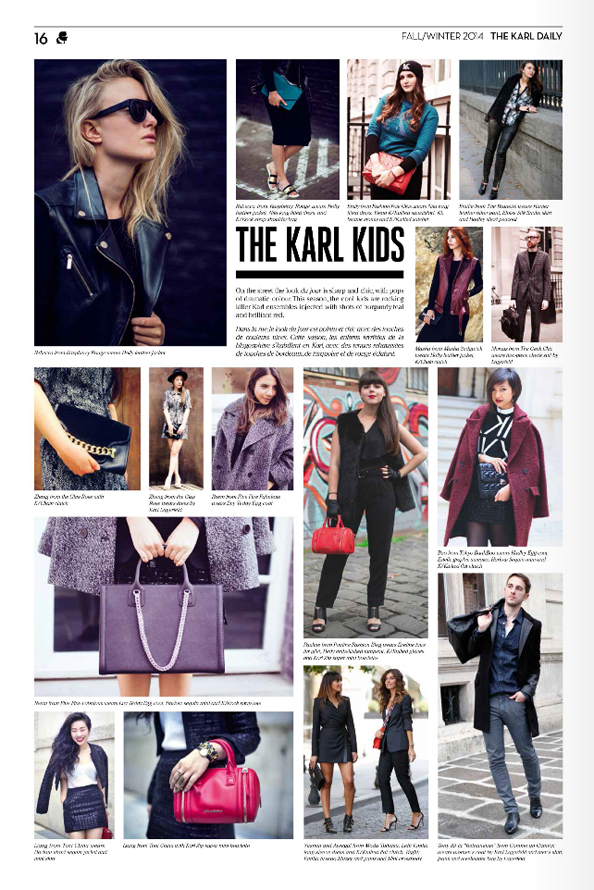 The newspaper will offer a satirical look at the fashion industry, even featuring interviews with King Karl himself. It will also offer tidbits about various Lagerfeld product lines — candles, watches, fragrances and leather goods. In fact, Karl even posted a video on Instagram of him taking photos of the watch shoot, which was set next to a newspaper stand with none other than The Karl Daily filling the shelves – clever plug, that’s why he gets paid the big bucks.

Also included in the paper is a krossword (see what he did there) and a genius comic strip, personalised horoscopes, sports news, weather updates (no doubt letting you know if you will need that Chanel umbrella or not), street-style photos, preview of his spring/summer 2015 show and an advice column by his beloved Birman cat – Choupette.

Despite the name, it is not clear whether it will be a daily newspaper. Howevere, if you fail to pick a limited edition copy the entire first issue can be viewed, here