The Interview | We Meet The Man Behind The Heel, Nicholas Kirkwood 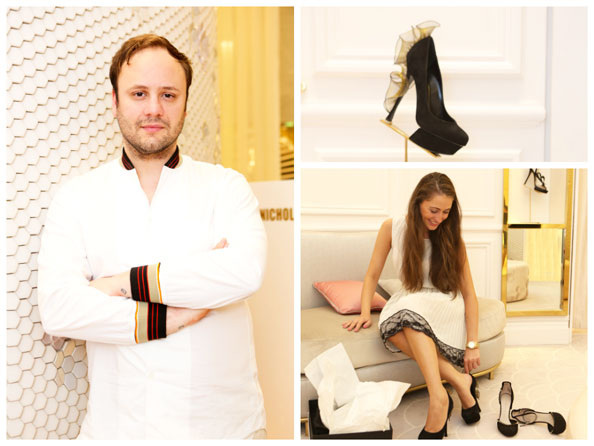 Mr Nicholas Kirkwood is a man after our own heart. He creates the boldest, brightest and some would argue, the best shoes in the business.

In fact, go to any fashion week across the globe and cast your eye over the front row posse – we promise you’ll spot countless It girl’s donning his fun frivolous heels.

Kirkwood, 32, began his career in 1998 studying a Fine Art Foundation course at the prestigious Central Saint Martins. Upon graduating, he was immediately snapped up by Philip Treacy to work as a milliner in his store.

During the five years he worked for Treacy, Kirkwood spotted a gap in the market for shoes that were as eccentric and extravagant as Treacy’s famous hats. He enrolled in a cobbling course, quickly picking up the art of shoe making after just one year and was soon back working with Treacy.

After designing for both Ghost and John Rocha’s shows in 2005, Kirkwood finally launched his own eponymous collection.

Kirkwood, a department store and boutique favourite, now has his own stand-alone stores in London, New York and Hong Kong. Most recently, the designer has collaborated with Erdem and Peter Pilotto and is debuting menswear collection, set to hit stores this coming autumn.

It came as quite the surprise to discover that the man behind the crazy shoe emporium, is nothing short of humble and modest complimented by a charming sense of humour.

Emirates Woman’s Fashion and Beauty Assistant, Alexandra headed over to Level Shoe District to chat shoes, Jammie Dodgers and Tilda Swinton with the man himself.

Why are you launching your first men’s wear collection?

So I never really got around to it and then about a year ago I was thinking, ‘now I should actually try and do it’. I started to look for the right factories and finally launched it in January.

How does designing shoes for men differ from designing those for ladies?

It’s different but it’s more about the subtleties, you can’t be completely reinventing the wheel of men’s shoes because nobody would wear them. There still has to be a nod to the classic, so it’s a lace up or a slip-on but it’s my interpretation. It could be down to the material, or perhaps a detail in the line. There are some techniques I’ve been using in women’s shoes and I’ve just reinterpreted them in a more masculine way.

What inspires you when you start a collection?

Quite often it doesn’t necessarily start with a point of inspiration. Often that comes later within the collection. When you’re designing it’s more about looking at the shapes or certain materials that you’re interested in. I don’t necessarily do referencing like mood boards; I doodle and try to come up with the idea myself, instead of re-interpreting other people’s work. My designs then evolve from the doodling and drawing and banging my head against the desk and going out for a cigarette and coming back in and thinking. You then start to see something over a period of time, which works, it evolves and this keeps you inspired.

What are your first thought on Level Shoe District?

It took me about an hour to walk around. Basically Level Shoe District is the size of a mall in England. They’ve done it so well and it feels like a sea of shoes.

Some department stores you visit them and you don’t know where to look. But here it’s broken up with branded shops and it feels really intimate.

Are you a heel or a flat man?

Definitely a heel man, but for myself I like a flat.

What sets your shoes apart from other designers?

I try to be a bit more inventive with the line or the construction or the way that certain materials are combined with each other, which isn’t the most classical approach. At the same time, I do have within the collection, a few classic pieces but I feel people know me for a bit of the unexpected.

If you weren’t a designer what job would you have?

I’d be the guy who puts the jam in Jammie Dodgers.

What would your super power what would it be?

In fashion, the best power would be to see into the future or perhaps time travel. Then I could see what the next season is all about, making my job a lot easier!

How do you like to unwind in your free time?

I walk on the beach, eating out at restaurants, catching up with friends and visiting art galleries.

Was there a defining moment when you knew you had made it?

I don’t think you ever necessarily make it. Even if something really great has happened, you always think what’s bigger? It’s a constant journey. There isn’t a particular point where you think, great that’s it, otherwise you kind of give up! It’s about a series of things and how they come together.

What celebrity would you like to see wearing your shoes?

3. They should make you feel great. 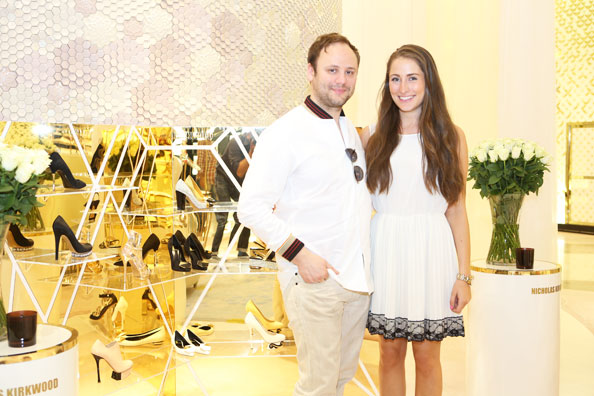 Nicholas Kirkwood’s menswear collection will be available from Level Shoe District in The Dubai Mall.