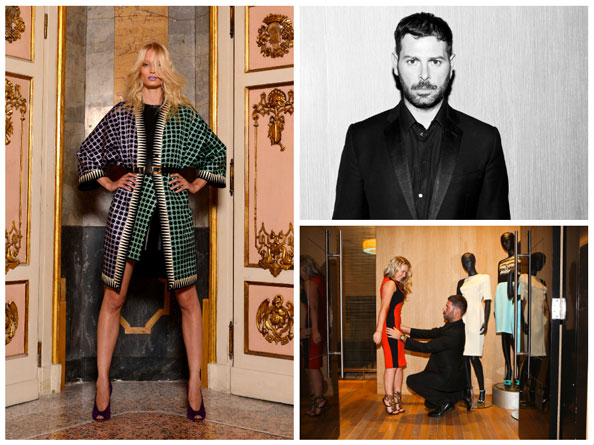 If you haven’t already heard of Fausto Puglisi, it’s about time you did. This is the man that every superstar wants to be dressed by.

It takes guts to claim you’re a bigger personality than Madonna, Beyoncé or Britney, women who need only one name. But confidence is not something Italian designer Fausto Puglisi is lacking. Take the tattoo on his arm, for example. Only an individual with supreme self-belief would have the famous Hollywood sign inked along the length of his forearm for all to see. Fausto tells Emirates Woman: “I want to be huge; I want to be amazing. This is what I want to be and this is what I will try my best to be.”

Well, he’s on the right track to achieving his ambition. The Italian maverick, 37, has worked with some of the entertainment industry’s biggest icons from dressing Britney for the cover of Rolling Stone magazine to creating bespoke outfits for Beyoncé both on and off stage. He was even enlisted by Madonna to dress the dancers on her last tour, and designed Niki Minaj’s and MIA’s outfits for Super Bowl XLVII.

With these stars on his CV, it’s surprising to learn that Puglisi doesn’t want to be cast solely as a celebrity designer, and that when it comes to creative flair, he claims he won’t change his style for anybody except the Queen of Pop, Madonna. “For the Super Bowl dresses, the turquoise wasn’t good enough for her. She wanted the fabric three per cent darker,” he reveals. “It’s Madonna; she can do that and, at the end of the day, she is right. She’s incredible.”

At the age of 18, Puglisi hightailed it from Sicily to Los Angeles, where he assisted fashion editor Patti Wilson and distinguished stylist Arianne Phillips. He was later introduced to renowned photographer David LaChapelle, with whom he joined creative forces to style some of Hollywood’s most well-known stars for photo shoots. Fast-forward 19 years, and his instantly recognisable collections are stocked worldwide in the hottest boutiques and biggest department stores.

His latest venture sees him joining the fashion house of Emanuel Ungaro as Creative Director, where he promises: “I’m going to bring freshness, sexiness and classiness.” 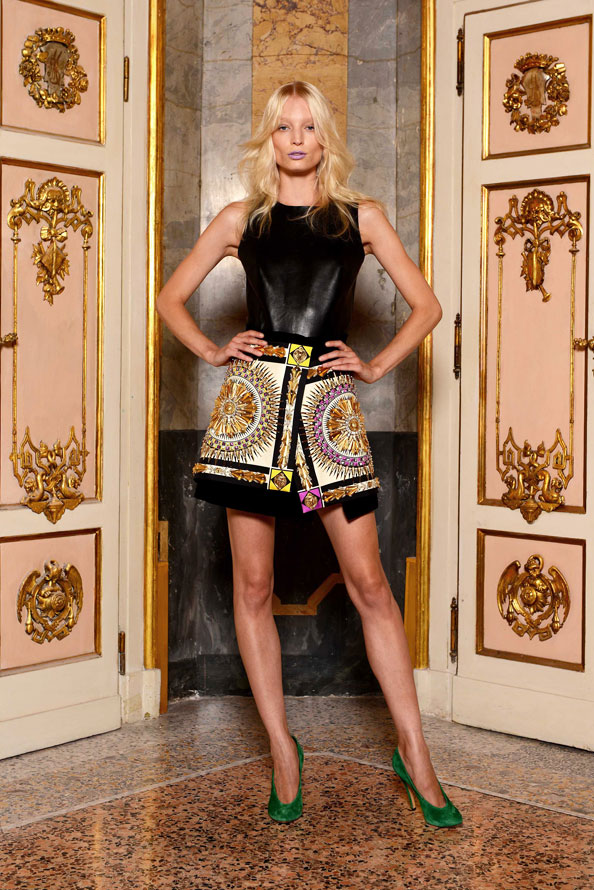 “This collection is about optical illusions; it’s an incredible trend this season.”

INSPIRED BY A LEGEND

Fausto calls fellow Sicilian the late Gianni Versace “my maestro”. “He was born in a small town next to mine. His mother was a tailor and my grandmother used to use her,” he explains.  Versace continues to be an inspiration for Fausto. He continues: “Gianni was a genius. I’ve absorbed his philosophy about colour: the gold, the embroidery. All of which is incredible. He is the typical by-product of southern Italy in an international way.”

It’s apparent that Fausto has taken on Versace’s fashion values, but with a loud-and-proud Fausto twist. The ancient-Roman gold and glitz reigns throughout his ready-to-wear collections, in particular the iconic and best-selling gladiator dress, known for its powerful studded-pleat war-skirt and oversized medallions.

Ironically, the boisterous Puglisi compares himself to a “little Caligula” (the notorious Roman emperor and tyrant) when working with his team of three in his small design studio in Milan. “I have to check the heel, the belt. I have to check everything!”

His golden rule when it comes to style is freedom. “There are no rules of style, only freedom to be individual,” says Fausto, who likes to unwind from the frenetic world of fashion with his two Labradors, Julia and Emma, in his home in Milan.

Having dressed A-listers, including Madonna, Beyoncé, Katy Perry and Britney, Puglisi admits he has royalty on his wish list – “I love the Queen [HRH Elizabeth II]. I would love to dress her in the same yellow as Beyoncé.” 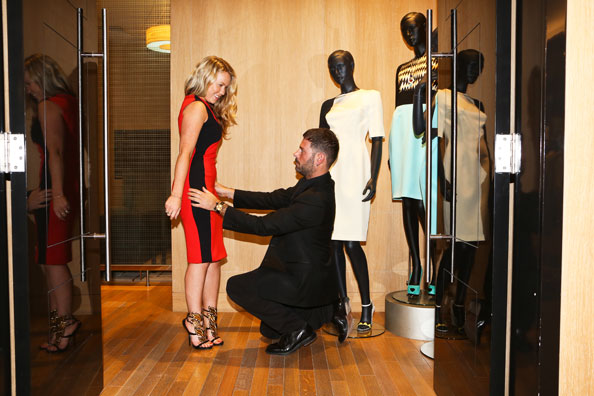 The colour black … “It represents me very well; it’s severe and is my favourite colour.”

His favourite country … “I love America; New York is the most beautiful city in the world – you can feel the heat and beauty from the humans.”

Beyoncé … “She’s amazing and very smart. We had a connection when we met and we danced. I had a lot of fun creating pieces for her.”

Dubai … “It’s amazing. It’s beautiful. What I like about the people is their style, and there’s a sense of beauty that’s in the blood.”

His favourite things … “Music, the sea and palm trees: these things make me feel happy.”