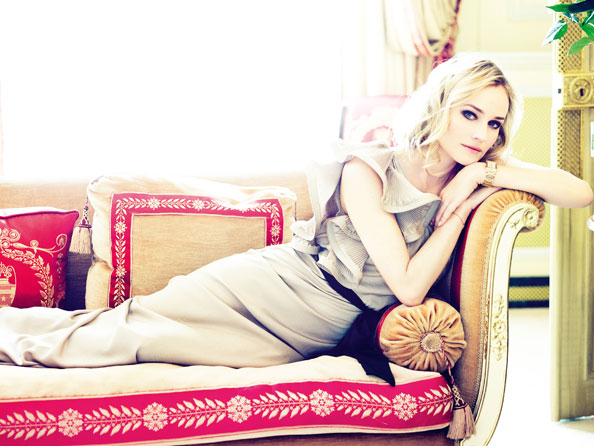 A successful model in Paris, star of blockbuster movies, queen of haute couture and other half to Joshua Jackson, German-born Diane Kruger may be living the dream but she’s still upset Jack Nicholson didn’t make a pass at her…

When the email pinged back from Diane Kruger’s representative at Jaeger-LeCoultre, the luxurious watch brand for which she is brand ambassador, my heart skipped a beat – largely through fear of the unknown. I jumped straight to the question where I asked a shy Diane, who refuses to discuss her relationships, about her life with actor Joshua Jackson: “I need no paper or fancy party. I want his heart.”

Firm, direct and honest, the German-born star hadn’t let me down. But before I delve into our interview in which we discuss celebrity pals, red-carpet couture, and love, let me tell you more about the woman behind the style and movie-icon status.

Diane was born in the tiny German village of Algermissen. She admits that, as a child, she was plagued with self-doubt and anger: “My father was ill; he was an alcoholic, so there were a lot of things that built up for me.”

She channelled her energy into ballet; however, an injury saw her dreams of being a prima ballerina vanish.  Yet, ever-defiant, and wanting to use the “creativity and discipline that dancing had instilled in me from a young age”, she had a cultural awakening and moved to Paris, where she successfully pursued a career in modelling.

At a diminutive (for a model) 5ft 7in, Diane booked advertisements with a bevy of fashion heavyweights including Yves Saint Laurent, Chanel, Jil Sander, Christian Dior and Burberry, and walked runways for Marc Jacobs and D&G. Yet, just as she seemed set to reach the pinnacle of her modelling career, the star took a great risk, packing it all in to act. 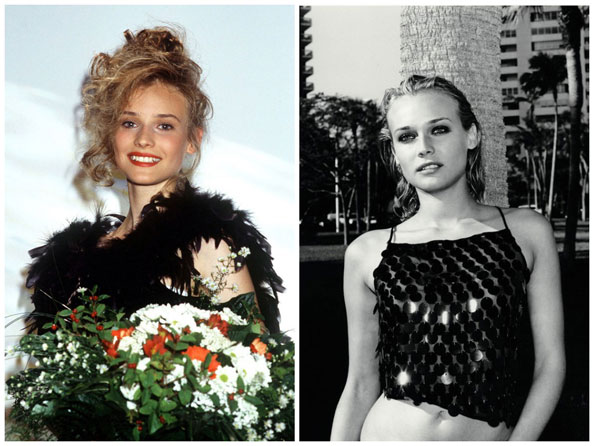 A young Diane during her modelling career

“I stopped modelling because I wasn’t pleased trying to portray something that is impossible to reach,” she once admitted. While she believes beauty shouldn’t get in the way of talent, it was her striking looks, as well as her acting prowess, that won her breakthrough role, alongside Brad Pitt no less, in Troy as Helen – the face that launched a thousand ships.

Many blockbusters followed, including the successful National Treasure franchise alongside Nicolas Cage. In spite of a New York Times critic labelling her “too beautiful to play a role of any substance”, Diane proved her wrong with a stand-out role as Bridget, a German actor-turned-spy who sets out to bring down the Third Reich, in Quentin Tarantino’s Inglourious Basterds.

Of course, with big movies come red-carpet extravaganzas – at which Diane’s former role as a model is evident, with the svelte star constantly making the best-dressed celebrity lists. Her love of haute couture and her ability to wear it well has also seen her become a modern-day style idol. As well as being brand ambassador for Jaeger-LeCoultre, she is a spokeswoman for L’Oreal and the face of Calvin Klein’s Beauty fragrance.

Diane is rarely seen at a premiere without the accessory of the moment – nor without her partner of seven years, actor Joshua Jackson. Despite belonging to one of Hollywood’s most loved, and most private, couples, Diane admits she has no plans to marry. “I’m done with marriage,” she admits. And by ‘done’, she refers to her marriage to French actor Guillaume Canet (now baby daddy to Marion Cotillard). The couple wed when Diane was 23: “We married when I was done with drama school. It was true love. He’s a great guy … it was just the end. We lived out the story we were meant to live together. There are no hard feelings.” They divorced in 2006 and now she claims not to believe in marriage. 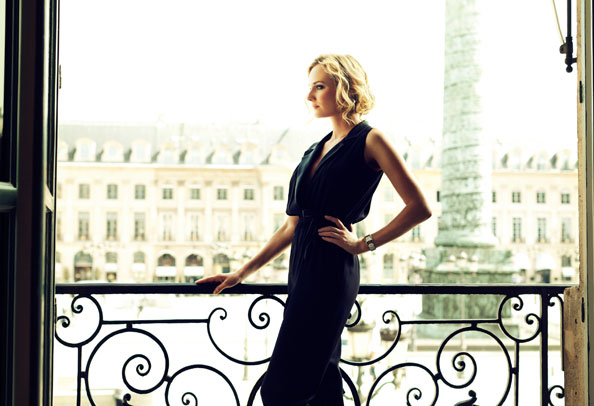 What’s the best thing your celebrity status has allowed you to do?

Travel the world. My career has also put me more in touch with my emotions and enabled me to be attentive to others. Also thanks to my career, I speak three languages (German, English and French) … I can also get a great table at a restaurant, take my family on holidays and can afford to buy a house.

If you weren’t a Hollywood star, what would you be doing?

Where to start? Perhaps a jewellery designer, housewife, or even a hairstylist – my grandfather was one. I’m excellent at planning events so I could be a good wedding planner. Dinner parties are my favourite thing to do, so I could also open a restaurant or write a cookbook …

Or maybe a fashion designer?

No. I only know what looks good on me, I’m not so sure about others. It’s a real talent to be a designer. I have the utmost respect for the profession.

When not working on a movie, describe a typical day?

Sleeping in, followed by brunch – at which I will mostly eat Eggs Benedict. Later, I’ll watch a movie and, if in Paris, go for a bike ride to the flea market and shopping at Le Bon Marché before cocktails with friends at the Café de Flore followed by dinner with my love.

How does being in the public eye affect your relationships?

It doesn’t really. Sometimes it’s annoying to get photographed while out on a date, and I would guess that it would be difficult to go through a break-up publicly … I hope that won’t happen!

You seem to escape much of the tabloid fodder; how do you manage this?

By being boring. I don’t have much to hide, so other than picking up groceries, I don’t really go where the paps hide out for celebrities. I refuse to be living in a bubble. I don’t live my life sipping cocktails at the Chateau Marmont. Neither Joshua nor I were raised that way. We come from really lower-middle-class families. I couldn’t portray those people in movies if I didn’t know what reality is.

You said you have no plans to marry Joshua. Are you not tempted, even if it means you get to wear a couture wedding gown?

I’ve worn my ‘wedding gown’ so many times when I’ve stepped onto the red carpet. I need no paper or fancy party. I want his heart.

Would you ever consider working with Joshua?

Sure. I think he’s great!

Best co-star to work with?

Ed Harris. I just loved his spirit and craftsmanship in Copying Beethoven. He impressed me every day on set and I really value all of the advice he gave me.

A tie between Tarantino (Inglourious Basterds) and Fabienne Berthaud (Frankie). Both love complex, strong female characters and both give you wings as an actor to be the best you can be.

Who do you admire as a female actor?

I grew up loving actors who were very classy but a little mysterious because you couldn’t grasp what they were really thinking. Grace Kelly always looked impossibly glamorous, yet you could always see there was something behind her eyes. I want to be seen as glamorous – or someone who has a certain class. You’d never see a picture of me coming out of a club without my panties on.

Stay tuned and ask me in 50 years!Best red carpet outfit?They’ve all been special, but I have to give a mention to my first movie premiere, Troy, at the Cannes Film Festival. I wore Chanel haute couture made especially for me.

Fashion or acting: which do you prefer?

I love both. Acting is my job and fulfills me, but I love fashion, clothes and accessories. Clothes are a direct expression of yourself. I like that. I don’t think I really have style, I try to look most like myself on the red carpet. Couture is a beautiful art form.

Do Jaeger-LeCoultre watches tie into your style?

My style is classic, but always with an edge. I like taking risks and have fun with fashion. I don’t take it seriously. I love the sophistication and understatement of Jaeger-LeCoultre watches and designs. They’re intricate, exquisite and timeless. They complement any outfit.

What are your top style tips?

Always be yourself. Don’t follow ‘fashion’, but dress to your mood and personality. Don’t be scared!

Best advice you’ve ever been given?

Live every day as if it’s your last.

Finally: best party you’ve ever been to?

Nick Cage’s holiday party about four years ago. I was completely star struck by everyone there … and kind of offended that Jack Nicholson didn’t hit on me. I thought he hits on any girl!