The Fur Debate | Can It Be Ethical? 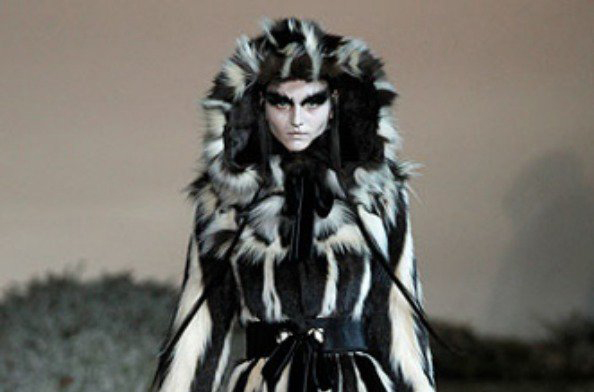 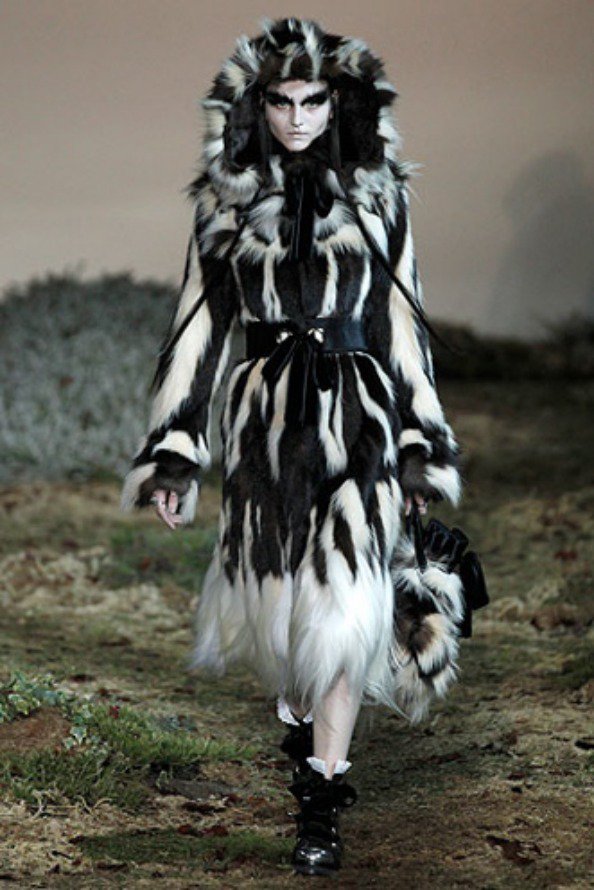 With the catwalks awash with it more than ever before, Olivia Phillips asks if fur can ever be as ethical as it is on-trend.

Plop! A dead raccoon is unceremoniously plonked on an unsuspecting Anna Wintour’s dinner plate at the Four Seasons. The year is 1996 and provocateur supreme Ingrid Newkirk, co-founder of PETA (People for the Ethical Treatment of Animals), is out to set the fur flying. Wintour’s brilliantly imperious response? Coolly covering it with a napkin and ordering coffee.

It’s one of many steely reactions to anti-fur attacks that the editor of US Vogue has produced from her stoic armoury. (She’s also been vegan-pied in the face outside Chanel’s couture show, to which she responded “tofu is good for the skin”, and had a plate of rare roast beef delivered to a group of protestors outside Vogue’s Christmas party in New York). Wherever you stand on the fur debate, it’s hard to deny that the woman handles it with serious cojones.

With her famous love of fur and hugely influential position, Wintour has long since been an easy target. But 1990s New York was a very different place, with PETA’s supermodel-endorsed ‘I’d rather go naked than wear fur’ campaign acting as a barometer of the rife anti-cruelty mood. Fur was seen as a rather staid fashion statement, the reserve of mothball-smelling grannies and people with more money than sense – or sensibility. But a recent change in the air has seen designers embrace it with increasing zeal, with everyone from Alexander McQueen to Fendi enthusiastically peppering their collections with mink, fox and chinchilla. In March of this year, the International Fur Federation reported that sales had reached US$35.8 billion (approximately Dhs131.5 billion) – a trade that is now worth roughly the same as the global Wi-Fi market. Wintour’s fluffy wardrobe is no longer a rarity among those in the public eye, either – Rihanna, Kim Kardashian, Beyoncé and Kate Moss are all regularly photographed draped in some pelt or other, sending out a pretty clear message. Attitudes. They are a-changing.

“The anti-fur movement in the 1980s and 1990s was so strong,” says Patrizia Venturelli Christensen, the CEO of Oh! by Kopenhagen Fur, accessories offshoot of Kopenhagen Fur, the largest fur auction house in the world. “It wasn’t as much of an attack on fur as it was on economics. It was a class thing and very much associated with luxury; not everyone could afford it. It might have been a latent reason, but it added to the distaste.” It’s an argument that holds a certain amount of weight but, ultimately, it’s just speculation. It’s doubtful that Newkirk would reduce it to that alone, more likely blasting it as barbaric, antiquated and, moreover, unnecessary.

“It’s the most common argument I hear,” Christensen says, “that you don’t need it, that it’s a luxury not a necessity…well, you can extend that way of thinking to fashion in itself. You don’t need a bracelet. And food… we consume ten times the amount we actually need to survive. If your value system accepts that we use nature in every way then it makes (wearing fur) ethical. It’s no different to wearing leather, or eating meat or fish.” Indeed, killing animals for sustenance and protection harks back to the dawn of time – every part of the world having a historical connection to different pelts. From seals in Greenland to coyote and beaver in North America, it has always been intertwined with human culture. The modern caveat to that, of course, is the amount of fantastic faux versions now available. Launched three years ago by designer Hannah Weiland, Brit brand Shrimps’ kaleidoscopic fluff has become cult-like in its covetability. Similarly, Bloodless Fur, a Japanese label whose synthetic, Kanekaron fur mimics the real deal with impressive precision, is gaining a strong following among those in the know. Stella McCartney’s been doing it for years; the poster girl for anti-cruelty in the fashion sphere.

So why hunt animals when we have this as an option? Die-hard fur fans would tell you that, while the designs might pique their interest, ultimately these are ersatz wannabes of the genuine article. That it’s the difference between buying your 2.55 on the Rue du Cambon, or in a back room in Karama. You could look at it either way, but it comes down to the same thing. The real question is: shouldn’t our principles have evolved way past the Neanderthal to recognise that sentient creatures deserve better? To quote Newkirk’s oft-repeated statement: “A rat is a pig is a dog is a boy.”

“Personally I’ve never experienced the mistreatment of animals,” Christensen says. “There are so many legislations in place that control the farmers, the tools and the space they’re given to live. If you’re a farmer, you’re economically dependent on the outcome of the quality of your skins. You’re not going to survive if you produce ones that are sub-par. You want the highest price for your pelts. Therefore you’re going to look after your animals. They’re killed in a humane way; put to sleep by poison gas.” In answer to stories about minks being skinned alive or their heads being crushed, it’s a sound response. “Have you ever seen a mink?” she asks. “They’ve got massive teeth! Why would you want to skin something like that alive? They’d bite you!”

Ironically, it may seem that these farmers are more in touch with nature than any of the armchair activists among us. “They need to understand the eco-system and the life cycles best. We’ve distanced ourselves from nature so much that people don’t understand how you can love your animals and then slaughter them. But of course you can. It’s not either/or.” Her argument flags some uncomfortable truths. Many of us eat meat –with no clue of the processes it takes to get it on our plates – but oppose fur. The reason? The vague inkling that these animals are mistreated in comparison. The majority wouldn’t blink an eyelid at wearing cotton, for instance, not knowing the terrible strains its production puts on the environment – and on the health of the farmers themselves. Needless to say, the argument that fur is far more eco-friendly is trotted out to counter this like clockwork. Hardly anything goes to waste, with plating (where off-cuts are sewn together) a popular design solution and bodies used to make bio-diesel or cement. Ostensibly, it’s a vastly more sustainable resource. But is that beside the point?

“It’s the lack of knowledge that can lead to problems,” Christensen continues. “There’s been a lot of deliberate misinformation from parties that ideologically don’t want us to use any meat at all. The fur industry is the easiest to attack as it’s so entwined with luxury.” Education, on both sides, can be no bad thing. The National Museum of Denmark has just opened an exhibition to invite dialogue on the topic. “The fur industry is opening up a lot more. They’ve understood the importance of not hiding.” They may have come out of the shadows but there’s still a long way to go. Conversation and transparency will be their new best friends, enabling them to soften opinions even further. There will always be criticisms, though, and paint-slinging and raccoon-dumping. Wintour and her friends may never sleep soundly. But, as proven, they’re a pretty resilient bunch. Next time, the raccoon may have to be alive.