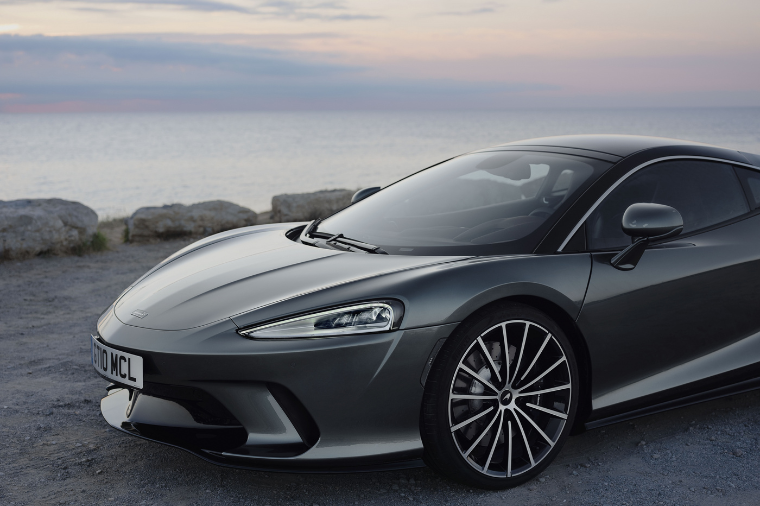 Launched back in 2019, the Mclaren GT is the stand-alone model in the McLaren lineup.

A supercar at heart, it claims to be the most aerodynamic of its series of production road cars thanks to its hammerhead nose, long-tail design and smooth suspension.

Starting at 875,000 Dhs the car feature’s an impressive 4.0 twin-turbocharged V8 from the 720S and has an eight per cent higher compression ratio and more responsive, low inertia turbos, 612 horsepower and 465 foot-pounds of torque.

Like all McLarens, the GT is an insanely quick supercar, regardless of the name it’s been given.

The GT is also easy to drive – once on the road you somehow forget you’re driving a supercar until you put all the systems in action and it delivers a loud thrash of energy rocketing to 60 mph in 3.1 seconds before continuing to a top speed of 203mph.

Its quick pace primarily comes down to its seamless seven-speed dual-clutch transmission. With its lightning-fast shifts and instant response, it’s one of the best cars in the business. Like its more powerful sibling, the 720S, the GTs get all the power. 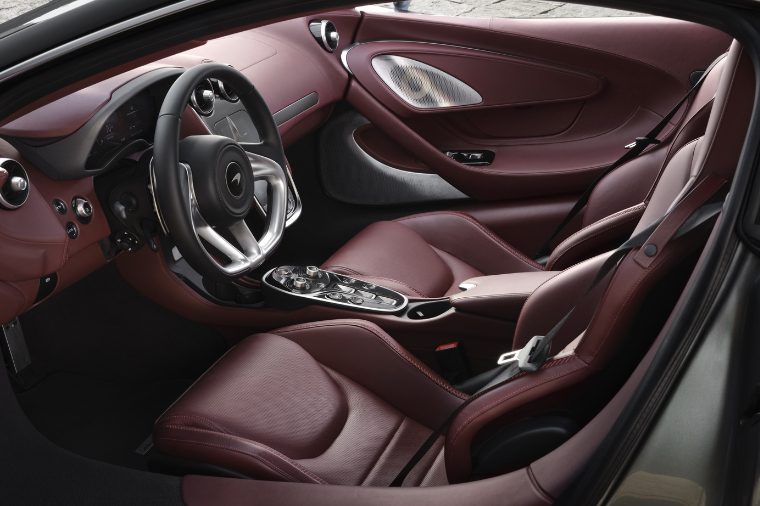 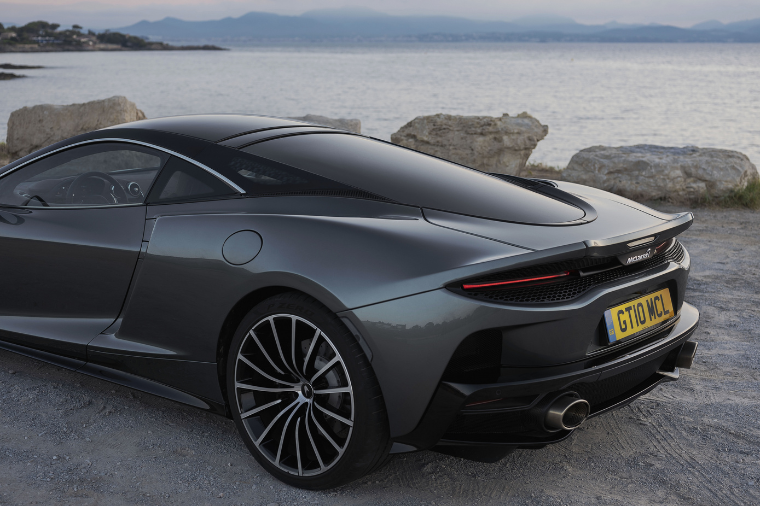 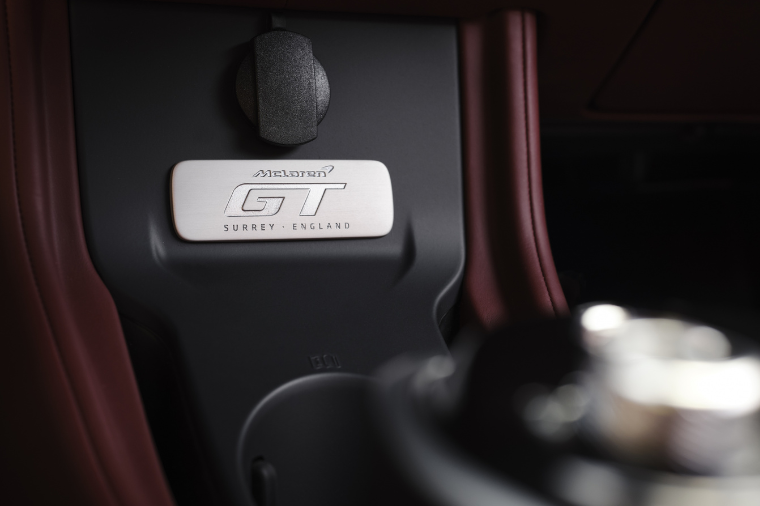 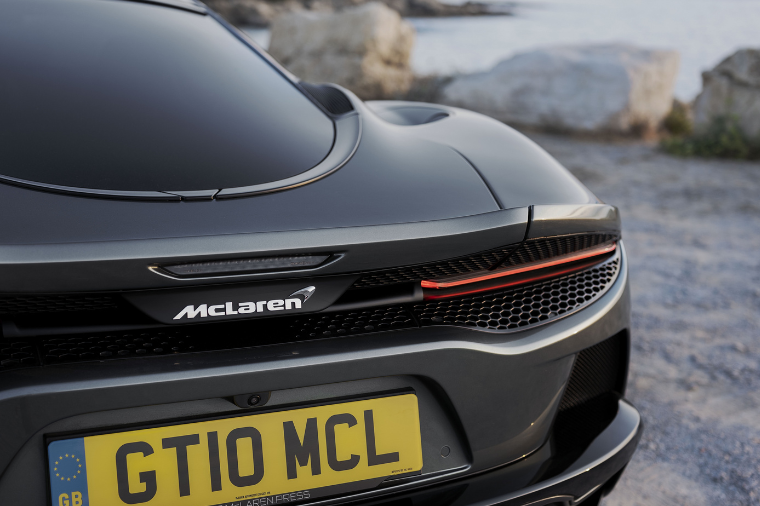 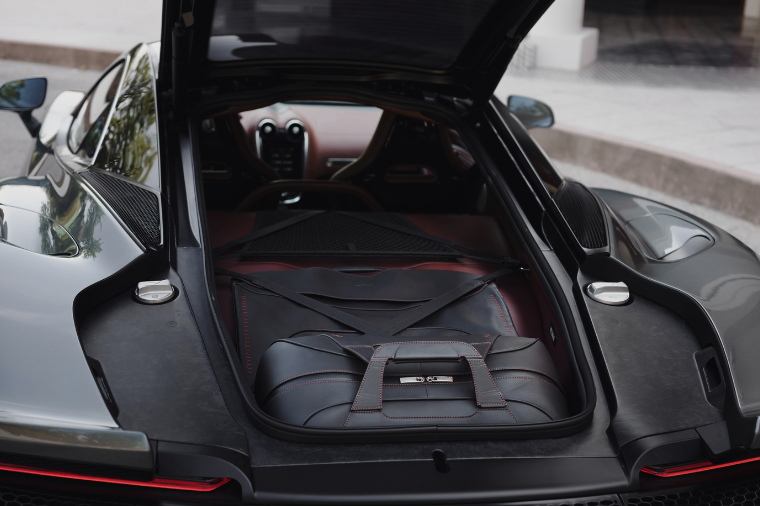 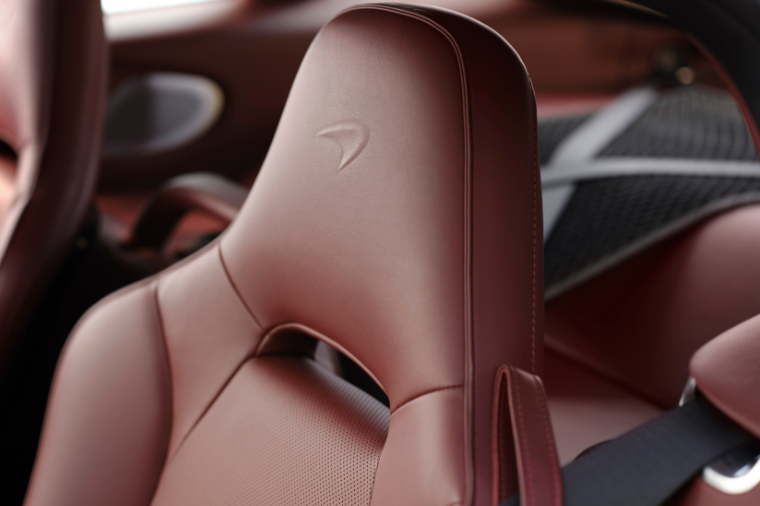 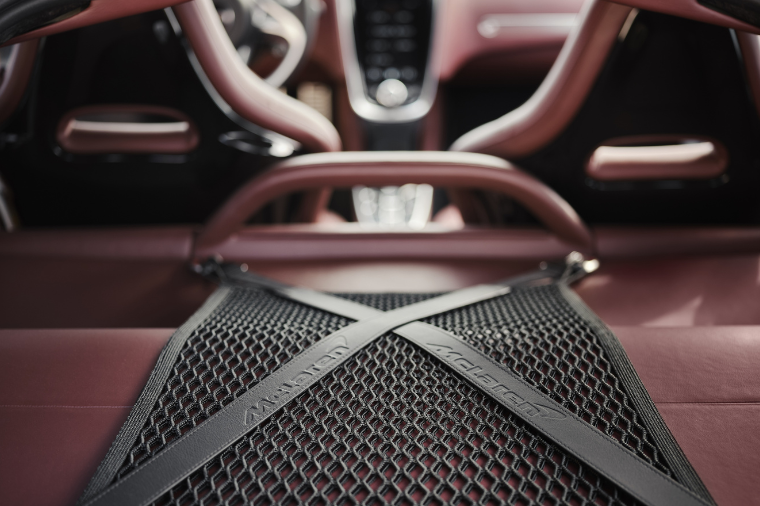 It sticks to the road with ease and only the slightly stiff brakes take a minute to get used to having to break earlier than standard cars. Once you’re familiar with the set up driving is a breeze.

Unexpectedly too, the car has a handsome amount of storage (20.1 cubic feet) under the hood capable of holding a carry-on case whilst the back of the car has space to lay down suit bags, small bag or golf clubs if you’re planning a short weekend away, not something you normally find in a car of this statue.

The GT’s cabin also feels airy and open, getting as far away from a small space as a supercar possibly can.

Sound-wise, the Bowers & Wilkins stereo provides a sound like no other artfully nestled and disguised in the wing doors. Amazingly comfortable seats and an easy-to-park rear camera make it a dream to park, considering the wide width and length of the car.

The built-in android home screen is also super easy to navigate making it accessible to move apps around the screen and change the colour of the ambient lighting in the cockpit and Auto-dimming electrochromic sunroof. The entire experience is seamless.

Driving on the open roads is where the GT comes alive. Its turbo V8 is eager to play, delivering an instant response.

GT feels more special than its competitors and feels like the right car for most occasions, thanks to its ability to switch between a supercar and a tourer with ease.