The Debate: Are iPads Necessary For Your Child’s Growth? 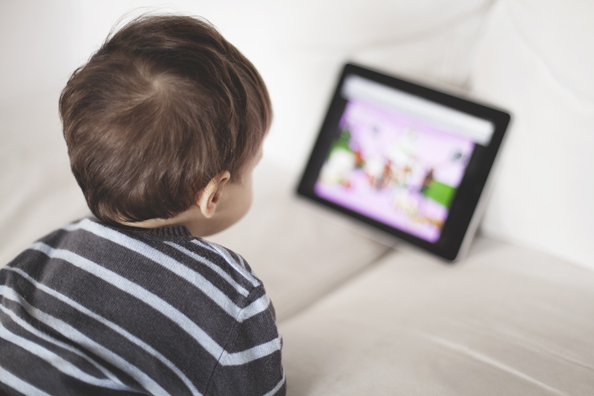 Is the iPad a fun way to help children learn, or should we let our toddlers enjoy simpler toys before technology takes over? Two mothers share their thoughts

says Lidia Kamleh, the blogger behind Sand in my Heels. She is mum to Kareem, Two and a half and eight-month-old Maya

“Ours is a household filled with iDevices. These are no longer new technologies – kids are growing up with iPhones and iPads, they’ve already become an integral part of daily life.

My two-year-old son has learned the alphabet and phonetics, memorised nursery rhymes, and solved puzzles via creative and kid-friendly apps – and all before he has started school. While I read him books at bedtime, the iPad gives him the opportunity to read along to animated stories during the day, allowing him to enjoy independent learning. It’s access to great technology at the touch of his tiny fingers. In fact, one of the schools we have applied to has actually requested that my son bring an iPad to school with him.

“iPads aren’t a replacement for quality parenting time, but they can be a great tool for making learning interactive and fun”

What parents allow their kids to do with these devices, and for how long, is what counts. I believe kids need to have a variety of stimuli in their daily lives, and an iPad definitely brings variety. My son certainly thinks the iPad is the greatest invention. Let’s be honest, they’re fun and convenient (ie it fits perfectly into my handbag). I may be guilty of allowing a little cartoon time on the iPad too, but that’s the same as letting him watch TV. The great thing about an iPad is that parents can easily control their kids’ use of it.

Let your kids learn how to use new technologies, and at the same time teach them that there is a whole wide world out there beyond the screen. I imagine our parents had the same worries in the ‘80s about the Atari or Commodore 64 – and look how far we’ve come.” 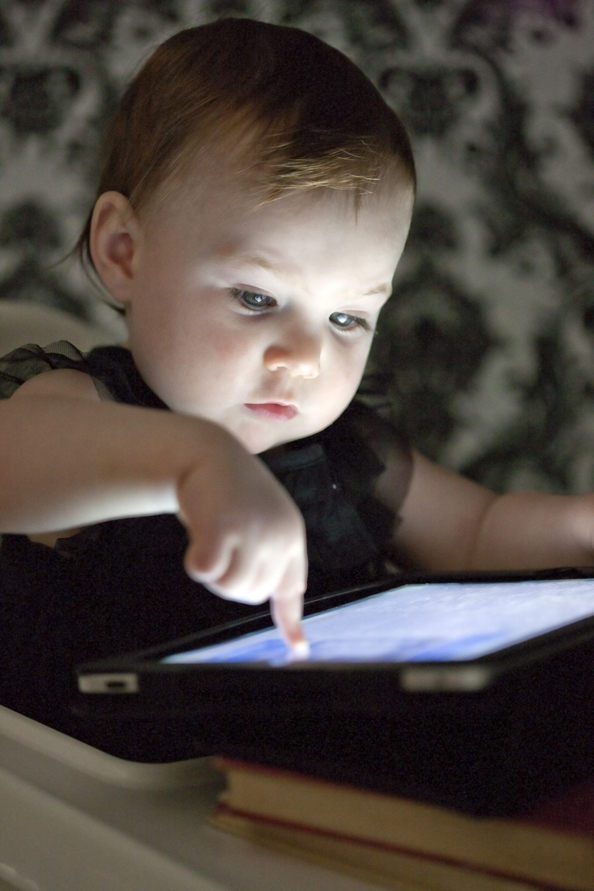 Should children be allowed on iPads?

says Abbey Michelle, the blogger behind Son and the Moon. She is mum to 14-month-old Zachy.

“I’m pretty confident in my decision to keep the iPad at bay. Toddlers are still fresh little beings with a whole world to discover. Watching my son play, I know he doesn’t need a flashy iPad to be happy or entertained, since he’s equally content throwing an empty bottle of shampoo around the room while chasing the cat.

Watching him innocently play, it sometimes overwhelms me how quickly the first 12 months of his life went. My baby, who suddenly, somehow, resembles a small boy, is walking, talking and learning new skills every day. It’s amazing. But what’s even more amazing is the fact that he so very much wants to share his life with me. It’s a fantastic feeling being the centre of his world, and I’m achingly aware that this won’t always be the case.

“Am I wrong to want to connect with him through snuggles and messy play, before I need Wi-Fi to reach him?”

One day he’ll be a teenager, too busy streaming movies, listening to music and messaging his friends to share his life so fully with me. Knowing how quickly time passes, am I wrong to savour the innocence of his baby years before his use of technology becomes the norm? Am I wrong to want to connect with him through snuggles, messy play, and our own, secret babble language, before I need Wi-Fi to reach him?

The truth is I only recently got an iPad myself – a gift from my mum so we can speak “face-to-face” more often. Ironic really. Needing technology to connect with her makes me sad, but is a reminder that quality time between parents and children is never wasted. We live in a highly connected world, and technology is inevitably going to play a large part in our toddlers’ lives. But it doesn’t have to. Not just yet, anyway.”